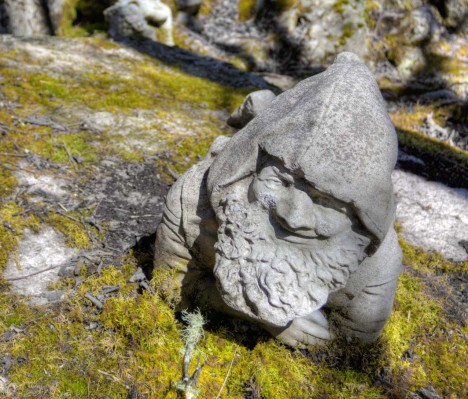 By 2009 the fall festival was attracting around 8,500 visitors and in 2011 the park scored a major coup by playing host to the International Wizard of Oz Club. It was around this time that Joel Handwerk of Lithium Photo gained access to the park, though judging from the human-free content of his photo set the time of his visit was likely sometime after that year’s Autumn at Oz. 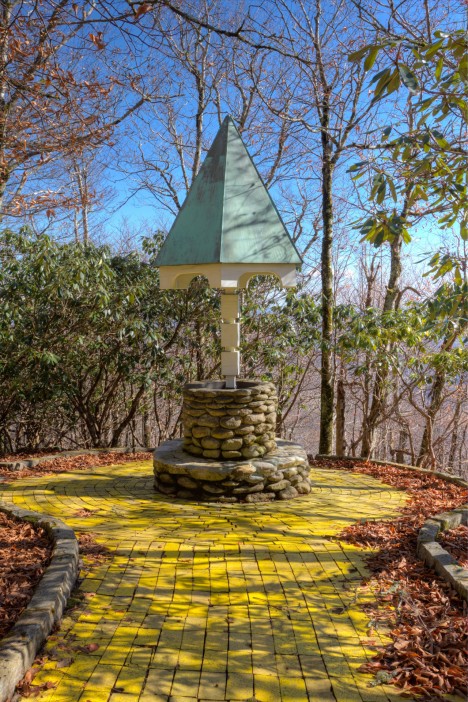 Handwerk’s glorious high-resolution photos expose every cracked brick in the well-worn Yellow Brick Road and ruthlessly reveal the pitted concrete visages of every molded (and moldy) munchkin slowly being subsumed into the tree-choked hillside. 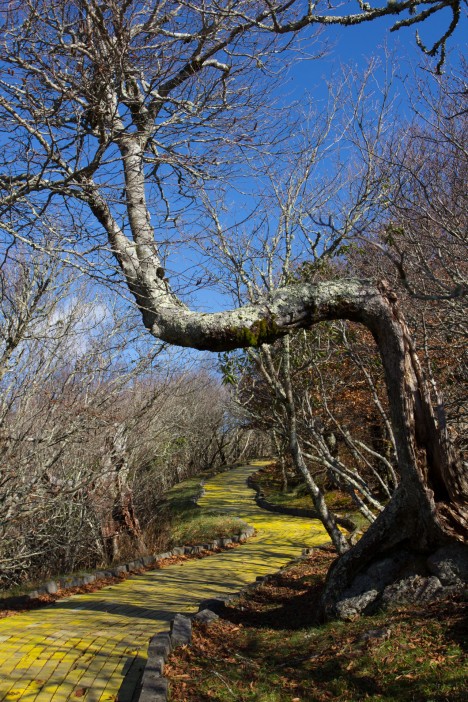 We all know The Wizard of Oz isn’t the sugar-coated fantasy many parents would like to believe, and even in its prewar heyday the film (and before it, L Frank Baum’s turn-of-the-century book) unashamedly displayed a dark and disturbing side… what child hasn’t had nightmares of being kidnapped by an army of flying monkeys? Joel Handwerk’s visually rich photos of the former Land of Oz theme park effectively turn Baum’s vision inside-out, forcing viewers to desperately seek some sweetness amid scenes of redolent decay. Creepy for sure, but also pretty cool!