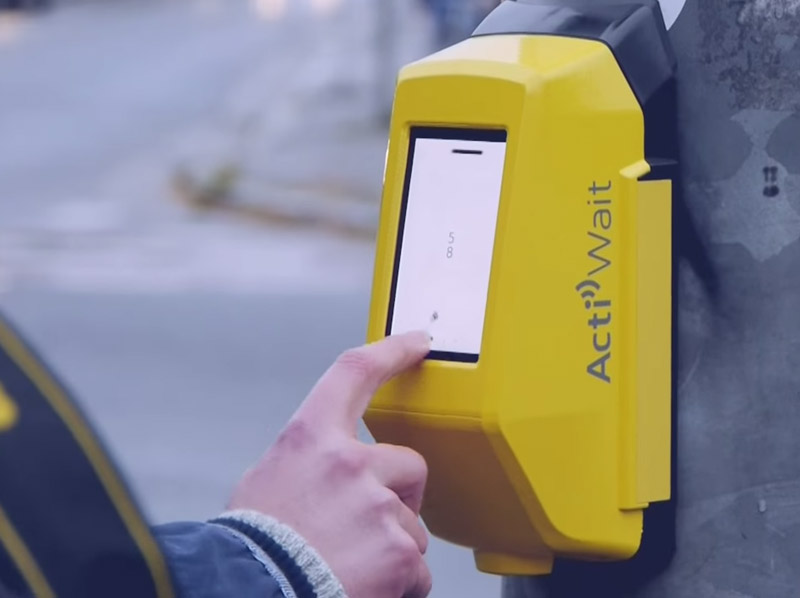 You might not be too concerned about how many light cycles go by before you actually get to cross the street if you’re too busy playing pong with the person waiting on the other side of the intersection. The ActiWait project aims to brings ‘street pong’ to intersections around the world, with two functioning games already installed in the city of Hildesheim, Germany. 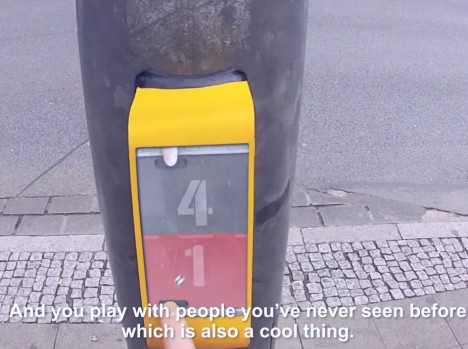 The concept made its debut on the web in 2012, with the original video (below) getting so much attention that the interaction design students from HAWK University who created it decided to make it real. Designers Amelie Künzler, Sandro Angel and Holger Michel collaborated with traffic experts and fabricators to create a device that can be installed on traffic poles. 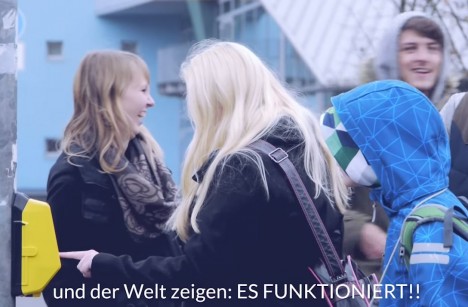 “Yeah well… the idea was simple but traffic engineering isn’t,” say the designers on their IndieGoGo page, where they’re currently raising funds to bring the ActiWait to more cities. “So we got us some support from companies and professionals in the traffic technology industry. The prototype is 3D printed and fully equipped, the first game is programmed and we’ve already launched our product in October so we can proudly say: the world’s first smart pedestrian light button is finally here!” 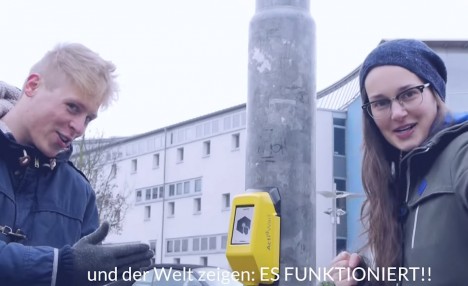 The product needs funding to develop hardware and software for the final stage, a new professionaly-produced case, and to pass safety tests. The designers also intend to make it wifi capable for news feeds, navigation, traffic education and other applications in addition to pong – even speed dating. Learn more at IndieGoGo.