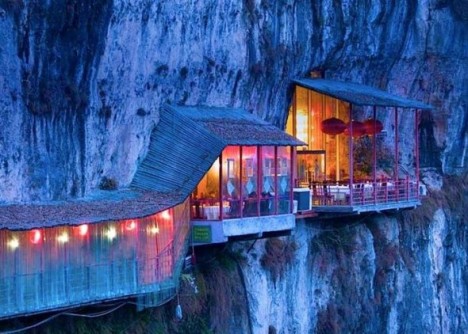 The facades of the Fangweng Cliffside Restaurant make it seem as if these structures are just sort of dangerously tacked onto the side of a mountain. In fact, they’re just the entrances to caves overlooking the Yangtze River in Nanjin Guan. If you’re feeling adventurous, you can bungee jump right after you eat (or perhaps before you eat would be a better idea.) 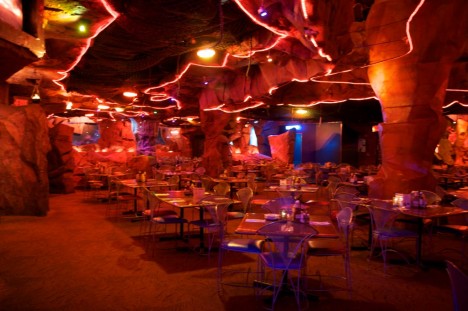 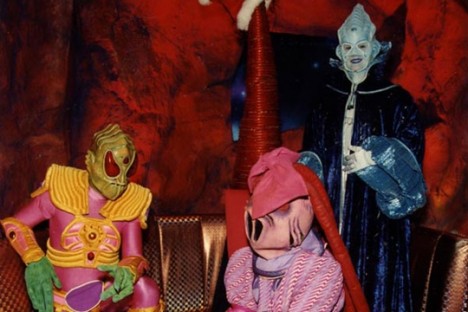 Though it may have closed in 2012, 100 years shy of the date referenced in its name, the Mars 2112 restaurant in New York City will never be forgotten. This bizarre theme restaurant in Times Square was decorated like a fake Martian landscape and featured entertainment by dancing aliens. It was a bit like being on a B-movie set, and the food wasn’t spectacular, so visitors were really just going for the surreal atmosphere. 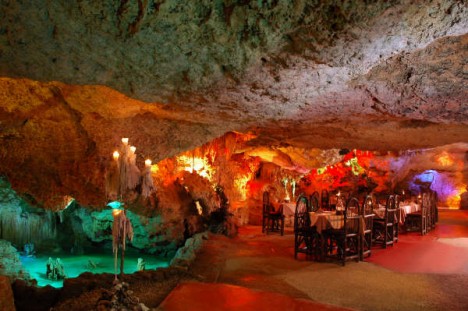 Another cave restaurant was built into the interiors of a naturally formed cavern in Playa del Carmen, Mexico, the floors and stairs carved right from the stone. Descend into the ground from a garden in the attached hotel and dine beneath vaguely menacing stalactites. 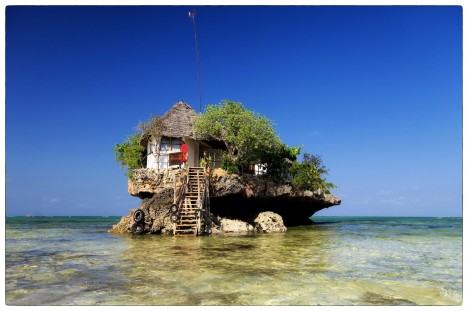 At high tide, you’ll have to take a boat to access this appropriately named restaurant, built onto a small rock in the Indian Ocean just off Zanzibar, Tanzania. The Rock is surrounded by a profusion of greenery and seats only 45 people at a time. Most of the culinary offerings are caught fresh from the nearby waters. 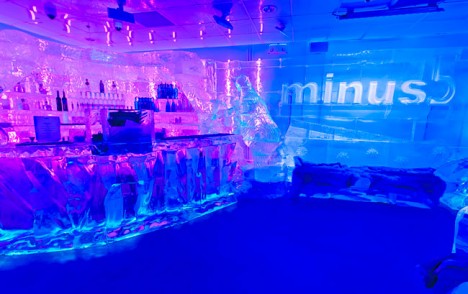 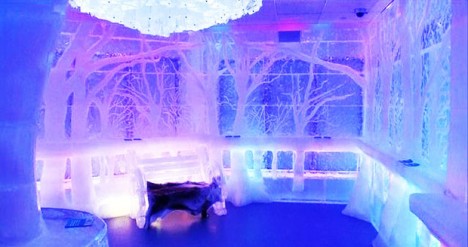 Most of us tend to think of ice bars and ice hotels as existing only in very naturally cold places, like the Arctic. In fact, you can walk right into a bar made almost entirely of ice in the middle of Manhattan. The Minus5 Ice Bar is located inside the Midtown Hilton and everything from the bar to the glasses you drink from is made of ice. Pay extra to rent a fur coat and gloves if you wander in during the summer.