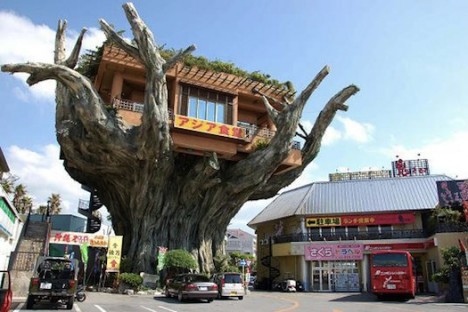 Yes, those are the remains of a real massive banyon tree right in the middle of suburban Okinawa, Japan, the asphalt of the streets spread right up to its base. The ancient tree was left intact as the city grew around it, and now holds the Gajumaru treehouse diner. Ascend a spiral staircase and take a seat on the balcony to really experience the strange contrast of the jaw-dropping tree in its urban surroundings. 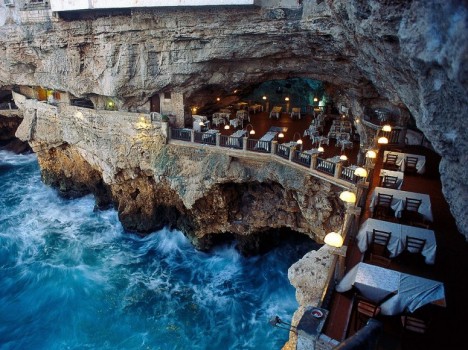 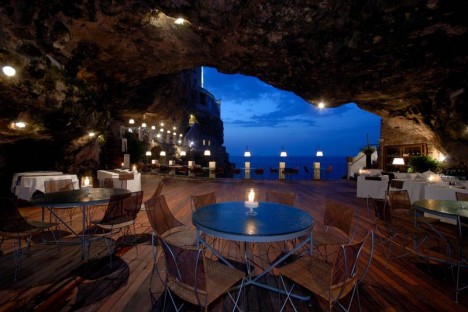 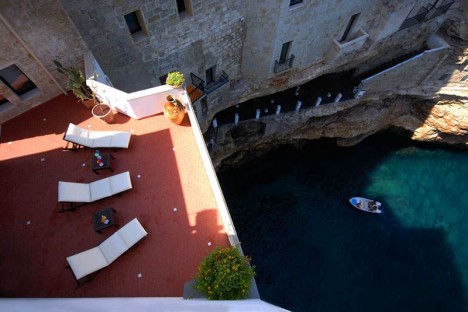 The Hotel Grotta Palazzese in Polignano a Mare, Italy was carved right into the limestone rocks overlooking the Adriatic Sea and features a cave restaurant jutting 74 feet above sea level for an incredible view of the crashing waves. 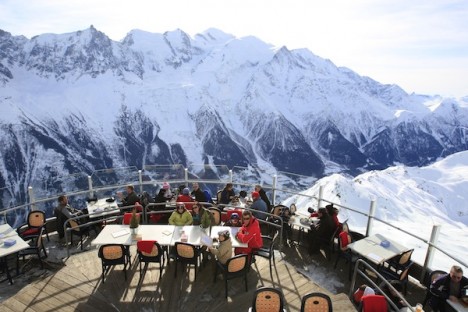 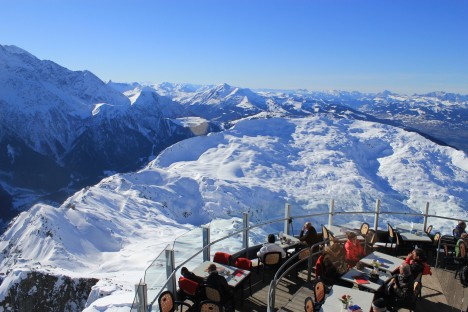 A cantilevered overlook on the 7th floor of the Hotel Chamonix in France offers incredible views of Mount-Blanc on the summit of Brévent. Accessible by gondola and cable car, the restaurant features glass balcony walls so you can take in the scenery, ranging from deep blue-greens in the summer to pure white in the winter. 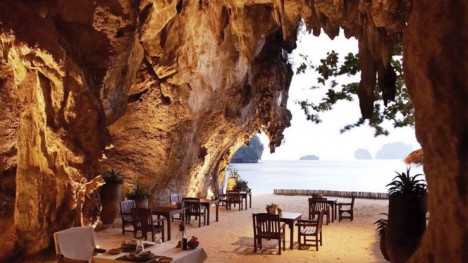 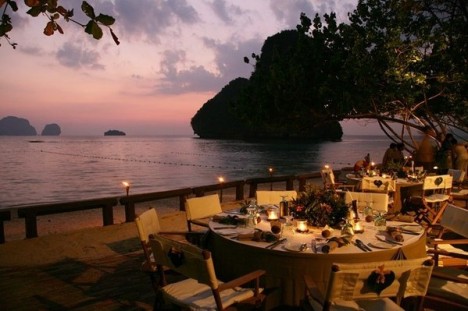 Just off Phranang Beach in Krabi, Thailand is ‘The Grotto,’ a romantic restaurant nestled under an ancient limestone cliff. Part of the luxurious Rayavadee resort, the restaurant is open to the public an deserves seafood barbecue. 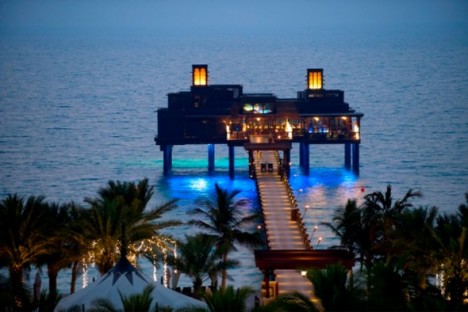 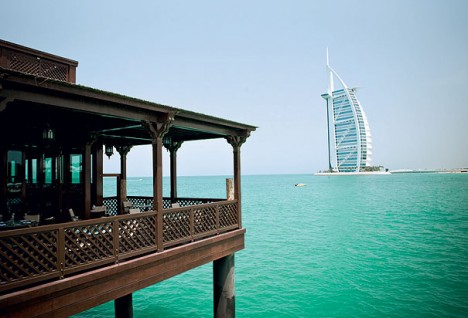 Especially when it’s lit up at night, the Pierchic restaurant on Jumeira Beach in Dubai is a striking sight. Its rustic wooden architecture and thatched roof makes quite a contrast to the nearby Burj Al Arab, offering one of the most unusual and beautiful views in the city. 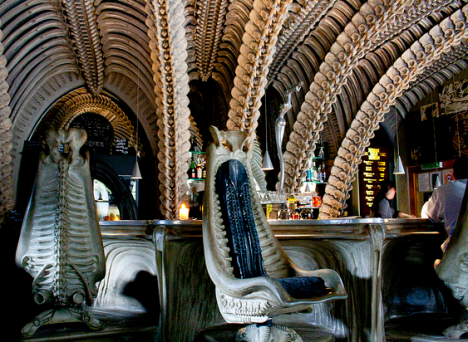 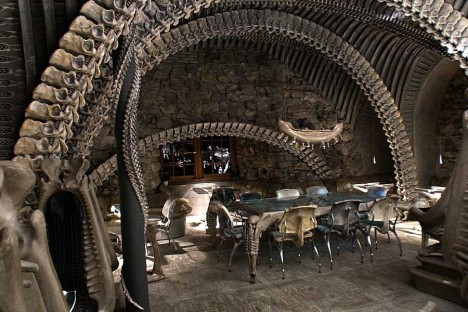 The second of two H.R. Giger bars in Switzerland honoring the iconic artist and designer (perhaps best known to the general public for his work on the ‘Alien’ movie series) is located in Chateau St. Germain, Gruyéres beside the H.R. Giger Museum. The space was conceived as the inside of a giant sea creature like a whale, with multiple spines arching over the dining area.