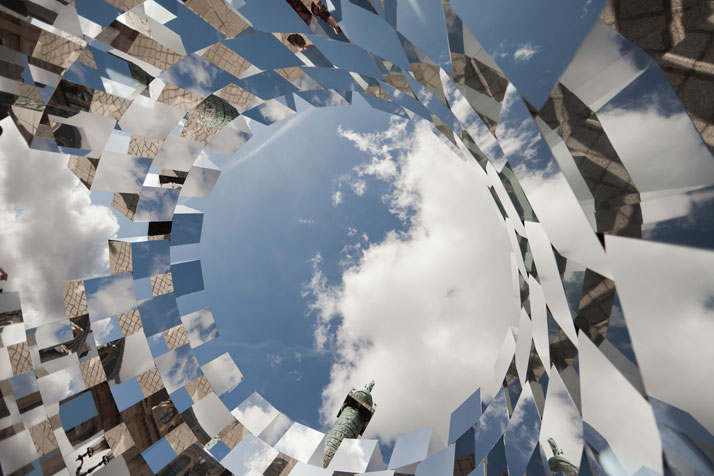 Intentionally fooling the eye to either completely disorient you or focus your vision on a certain part of a scene, these mirrored buildings reflect their surroundings, often seeming to disappear entirely when viewed from certain angles. Hopefully, all of these deceptive reflective surfaces aren’t killing too many birds. 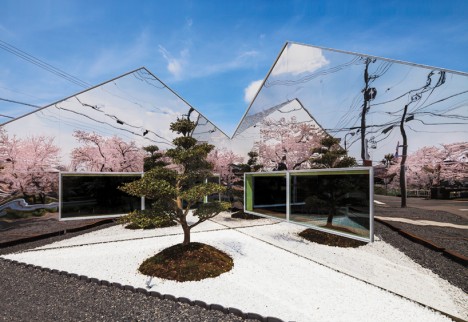 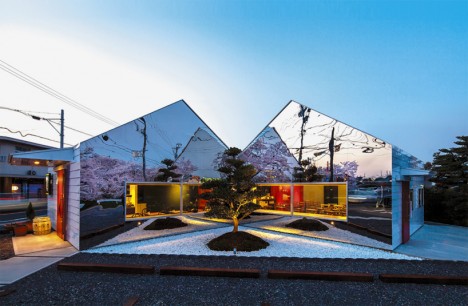 The branches of an adjacent row of cherry trees are multiplied many times over in the polished mirrored surfaces of this roadside cafe by japanese firm Bandesign. The trees are a tourist draw during bloom season, so putting the focus on them helps draw in business for the cafe owners. 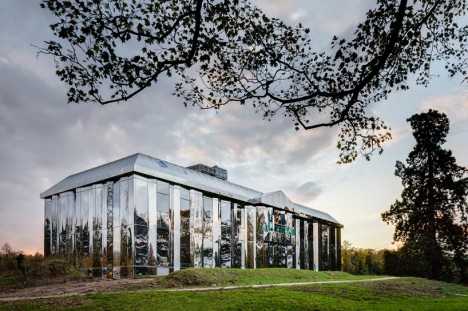 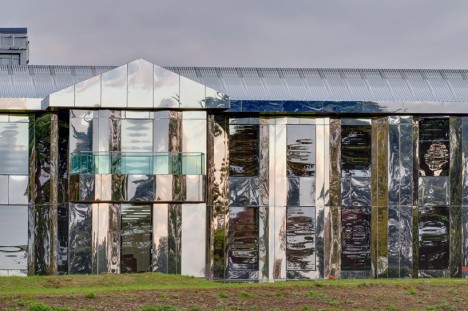 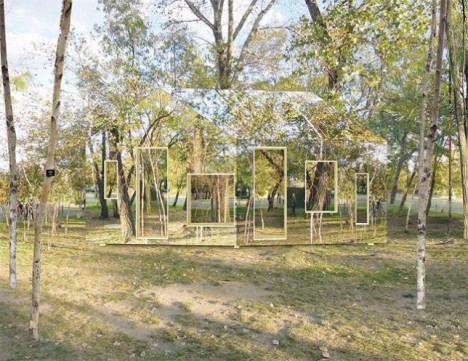 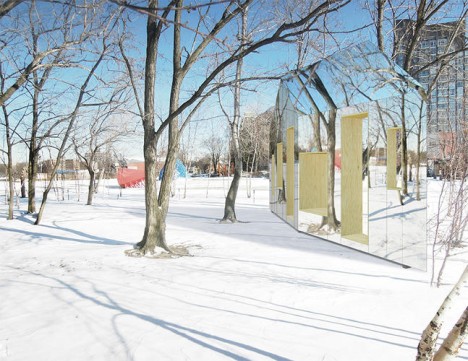 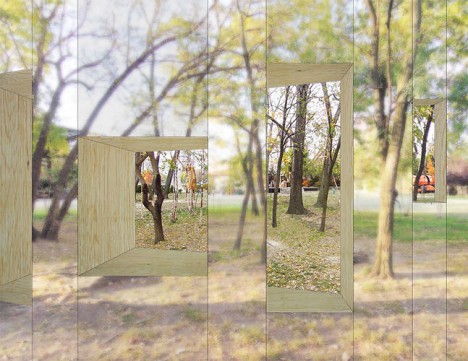 A combination of see-through portals and mirrored surfaces make this structure seem like a mirage as you approach the little park in which it stands. Designed for the 2014 Folly Competition, the mirrored barn isn’t actually a three-dimensional structure but rather a house-shaped wall. 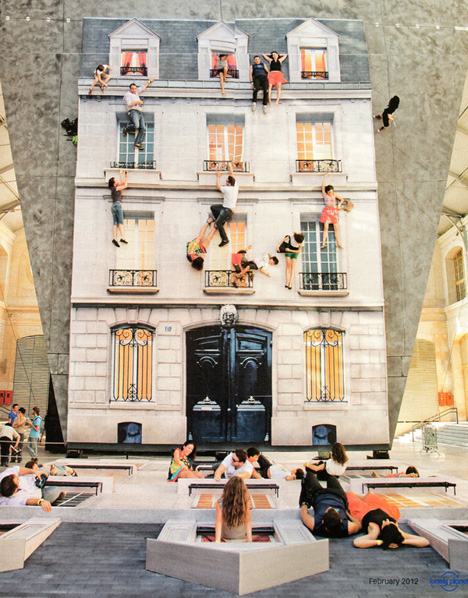 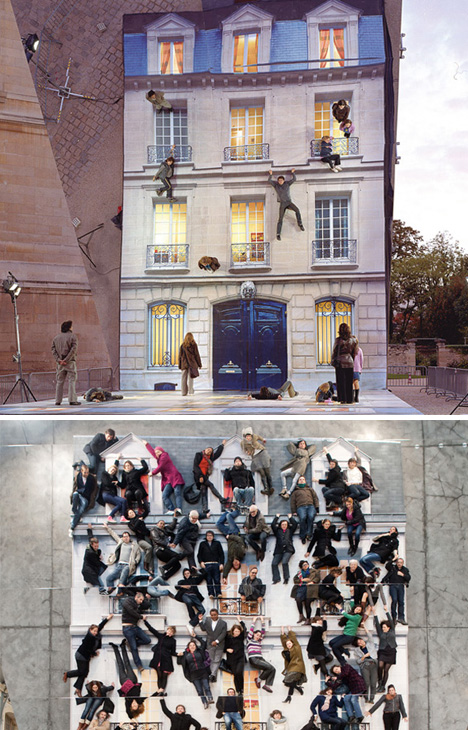 Ordinary passersby suddenly become talented acrobats when they interact with ‘Bâtiment,’ an installation by Leandro Erlich on display at Le 14 in paris as part of the In_Perceptions exhibition. The project added a massive mirror to the vertical facade of a real building, reflecting a fake facade that was applied to the sidewalk in front of it. The result is a fun optical illusion that made participants appear to defy gravity.