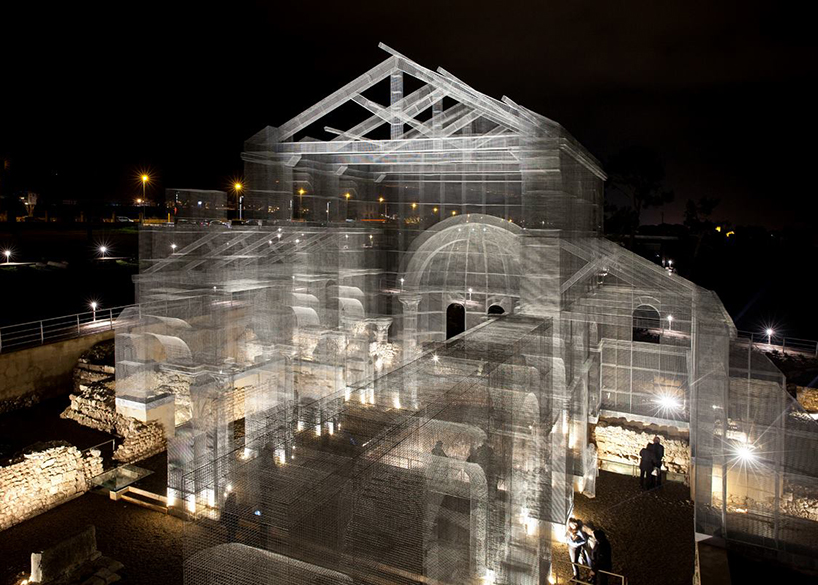 Like hazy memories or flickers of imagination, architectural structures either long since lost or never built in the first place interact with three-dimensional space in the form of ghostly sculptures, projections or the imprints they left behind on neighboring buildings. Some are tangible yet illusory, made of transparent materials that make them seem like hallucinations, while others attempt to conjure past, fiction and fantasy with nothing but beams of light or smudges of paint left behind on brick. 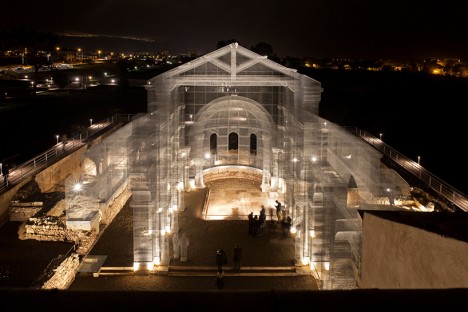 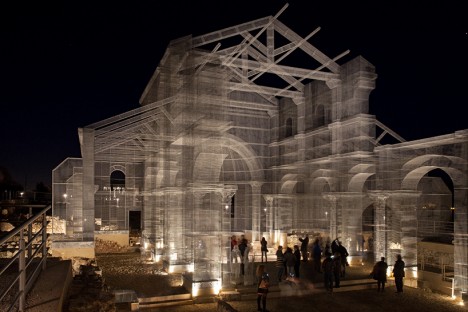 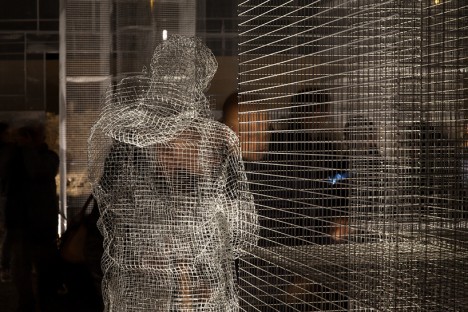 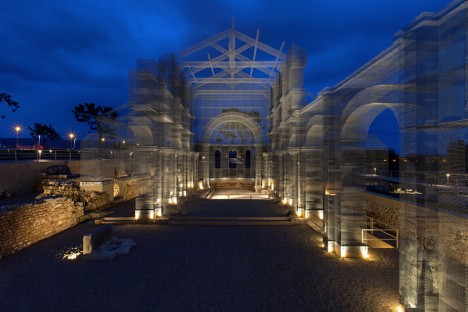 Destroyed by earthquakes in the 13th century, the remains of one of Italy’s great harbor towns are long since abandoned, and only a foundation with a few crumbled stone walls is left to show for a grand early Christian basilica. Italian artist Edoardo Tresoldi raises it from the dead in the ghostly form of wire mesh, giving it a transparent effect that makes it seem not quite real from afar. In fact, the layered mesh creates an optical illusion that makes its Romanesque roof, columns and archways look blurred. This transparency makes it possible to see both the form and shape of the structure and how it interacted with its environment. 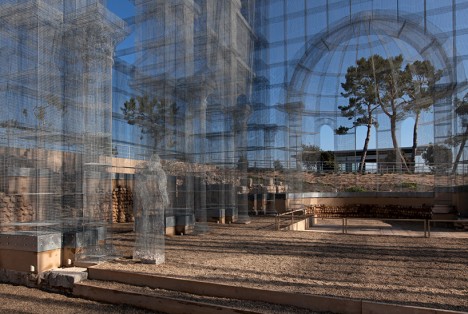 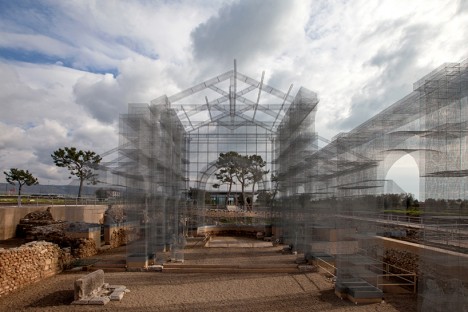 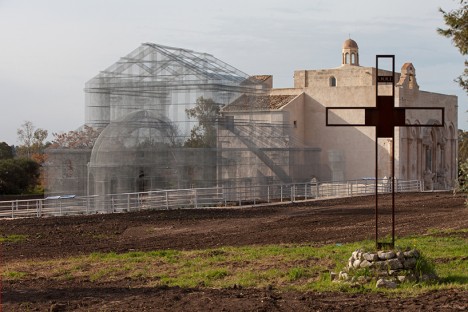 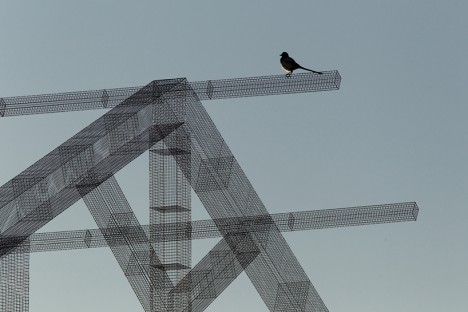 “The work of Edoardo Tresoldi appears as a majestic architectural sculpture that tells the volume of the existing early Christian church and, at the same time, is able to vivify, and update the relationship between the ancient and the contemporary,” says curator Simone Pallotta. “It is a work that, breaking up the secular controversy of the primacy arts, summarizes two complementary languages into a single, breathtaking scenery.”

Ghosts of Portland’s Industrial Past 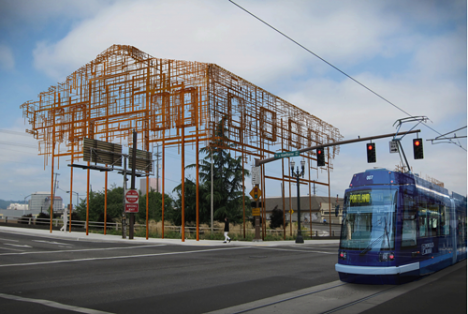 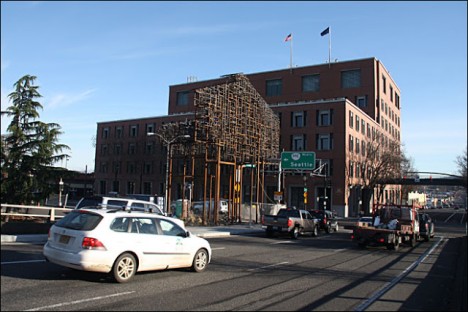 A pair of outdoor sculptures by artists and architects Annie Han and Daniel Mihalyo sketch in vague outlines of Portland’s industrial past along the Willamette River amongst all the new construction. Made of metal mesh and sited near two bridges, ‘Inversion: Plus Minus’ represent the outer shells of ordinary industrial buildings that once existed in the area. If you pass it by without giving it a good look, you might even just assume that it’s scaffolding. 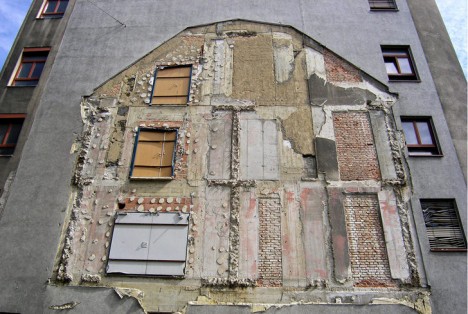 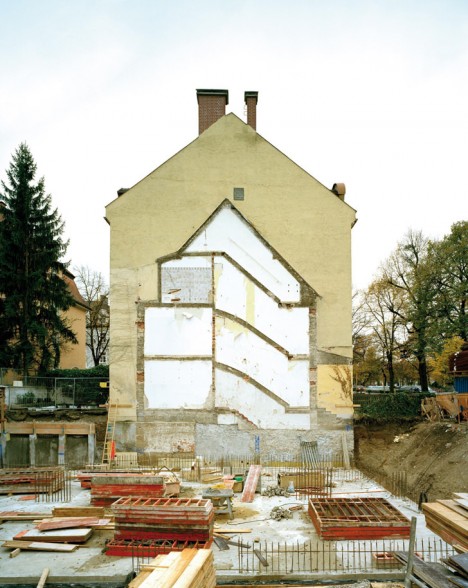 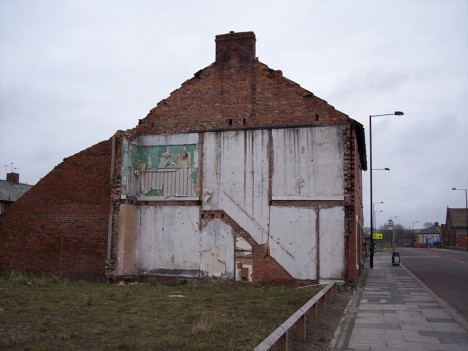 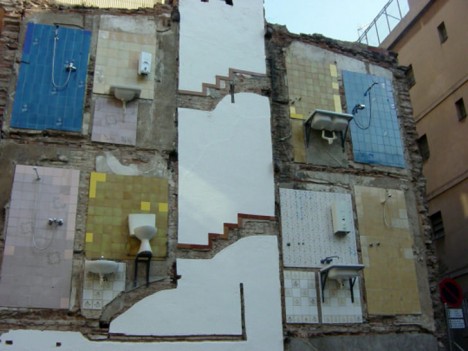 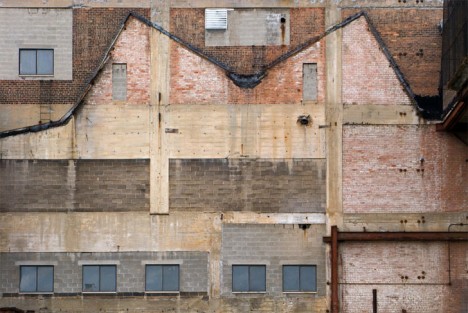 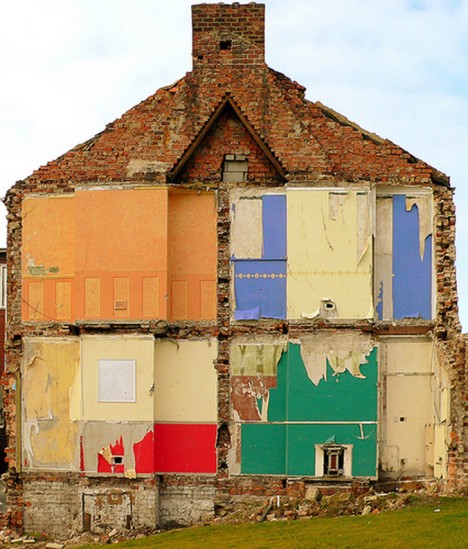 The imprints of buildings long gone can often be seen on their surviving neighbors for decades into the future, sometimes giving us an exact outline of their shapes like fossils on adjacent brick and stone. Not only can you see the rooflines, chimneys and outer walls, but often staircases, fire escapes and individual rooms. It’s especially intriguing when bits of wallpaper still stick to the remaining walls: we see the personalities of the individual spaces, triggering us to think about the lives of their former occupants. In some cases, fixtures like sinks, shower heads and toilets still cling to the tile-clad surfaces. Like a cross between architecture and archaeology, these imprints are reminders of a city’s past, and they’re preserved for public enjoyment by the Flickr group The Unconscious Art of Demolition.