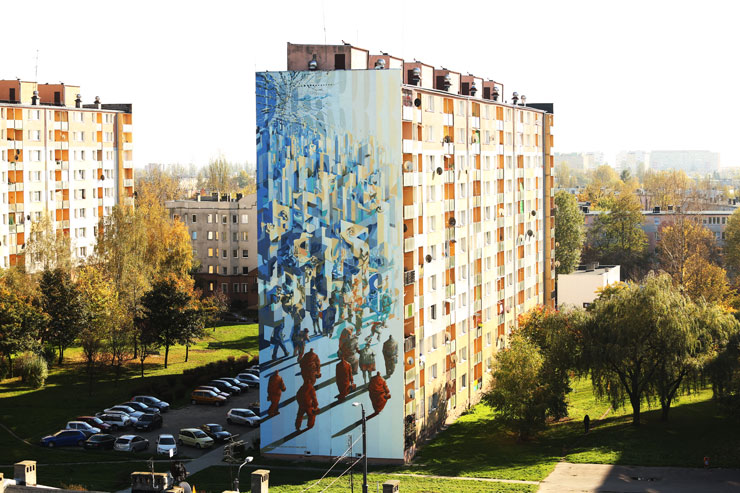 Five distinct styles come together in a duo of massive geometric murals with ‘Recycles,’ a collaboration created for the street art curation project Urban Forms. Artists Tone, Proembrion, Sepe, Chazme and Cekas (photos by Marek Szymanski) all lent their own particular approaches to the diptych on a pair of apartment buildings in Lodz, Poland in nearly-identical compositions that create a mirrored effect when seen from afar. 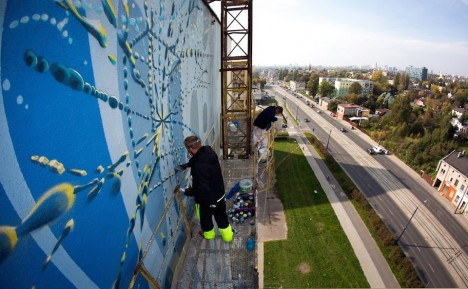 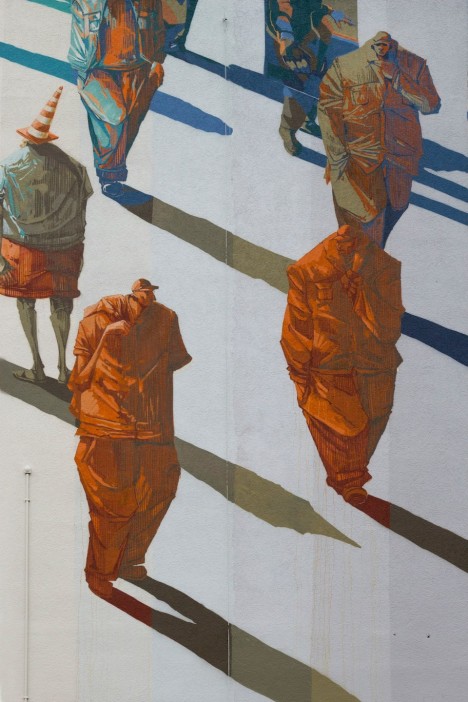 Stylized human figures are seen against a backdrop of both geometric and organic forms, which look like architecture and trees at first glance, but are actually more abstract. One mural shows the figures walking toward the viewers, and the other shows them walking away. 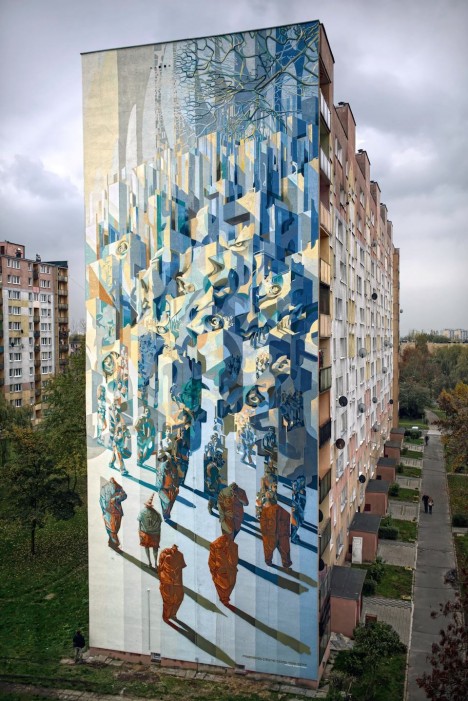 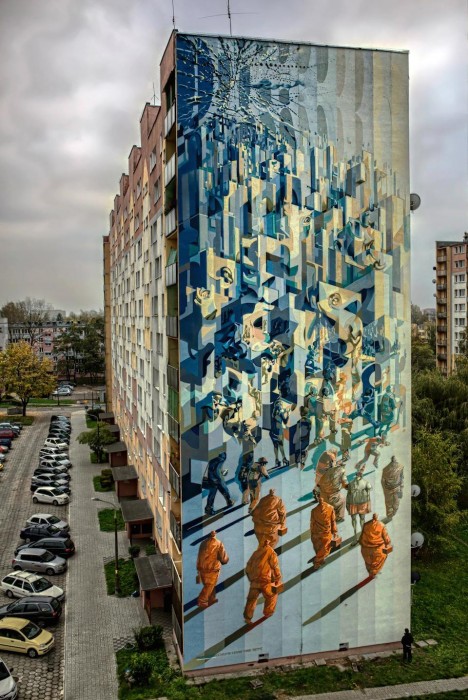 According to one of the artists, the process of bringing such disparate styles together for such a large project wasn’t easy. Tone tells Brooklyn Street Art that getting a harmonious effect that represented each of them equally presented a challenge, but they ultimately found a synergy that allowed each of them to shine. 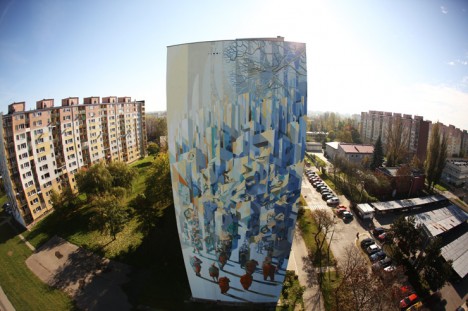 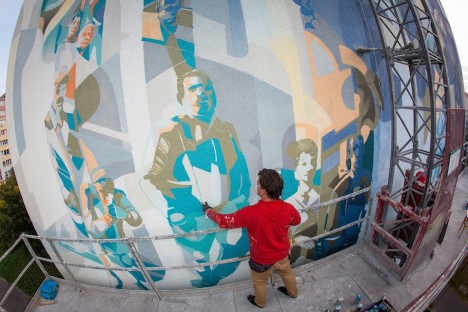 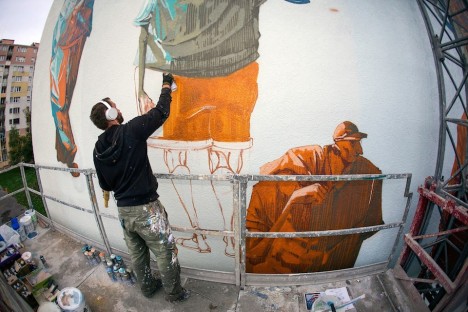 Having worked together in the past helped, says Tone. “We have never had a chance to work together in such a configuration, but our knowledge about each others styles helped us separate our separate roles. We began with a very rough concept for the general idea; make the composition somehow integrated with the landscape of Lodz suburbs.”