High-minded Modernists of the mid-1900s envisioned futuristic all-in-one cities in the sky where we would work, place, live and love, but would have been surprised to learn that their ideal has perhaps been mostly closely realized in the remote village of Whittier, Alaska, where virtually everything happens under one roof. 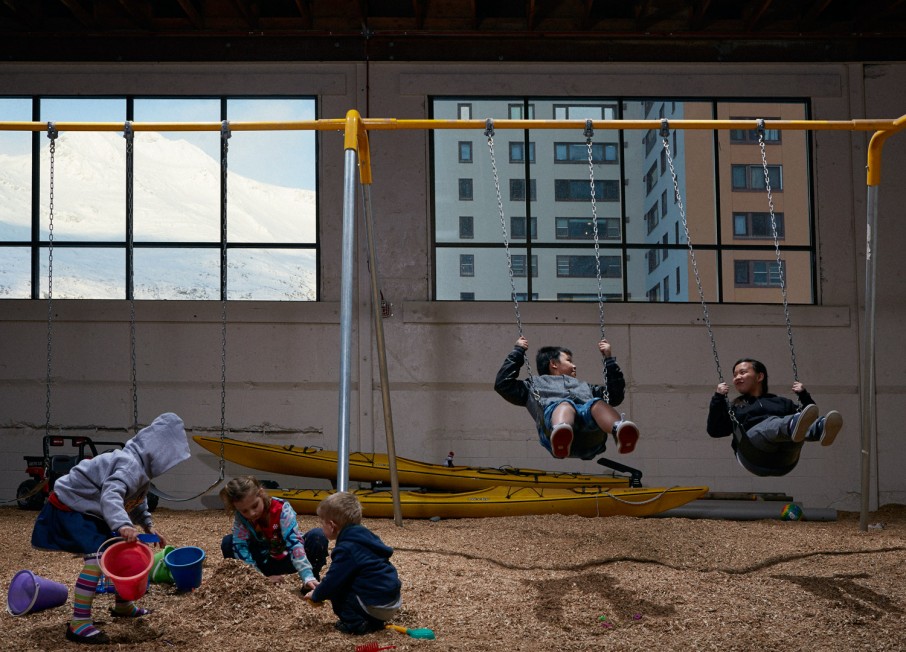 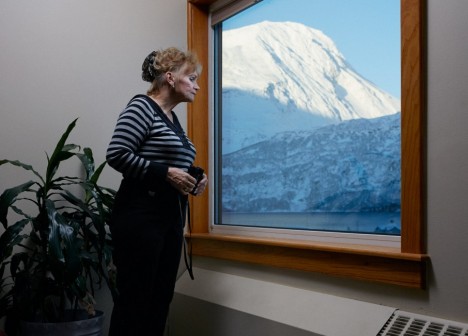 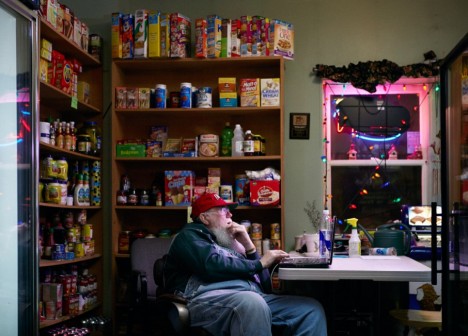 A fourteen-story structure known as Begich Towers, formerly an army barracks, is host to most of the town’s residents as well as its post office, grocery store, health clinic, laundromat and church. Writer Erin Sheehy and photographer Reed Young visited and photographed this remote village, traveling sixty miles from Anchorage, Alaska and through a 2.5 mile, one-lane tunnel to get to there (shown below). 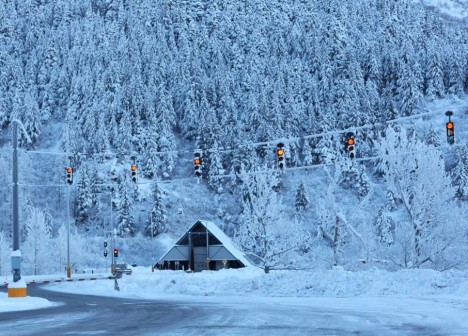 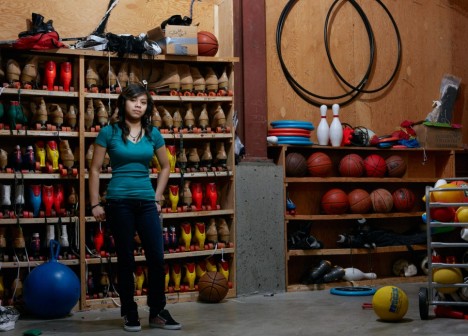 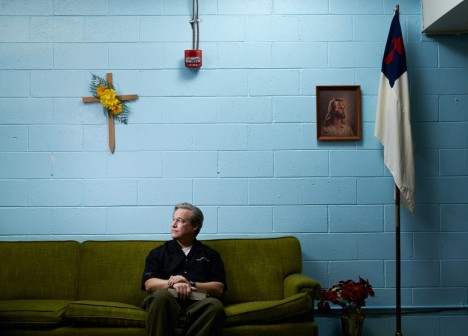 This is a place of extremes, which helps explain why its occupants are happy to stay indoors as much as possible – average snowfalls of 250 inches (up to 400 inches some years) and glass-shattering winds make using underground tunnels a preferred means of getting to the few other buildings in town, including the local school. The other large structure in the area is the Buckner Building (below), abandoned but favored by youth who need to get out and go somewhere. 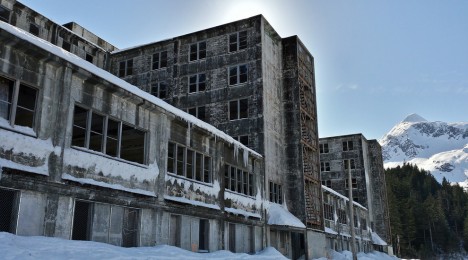 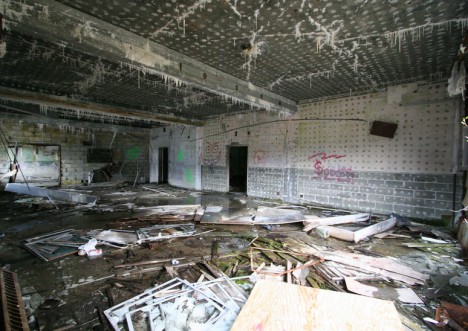 Le Corbusier’s Unite d’Habitation comes to mind, a Brutalist village-in-the-sky concept with alternating floors and complex sections designed to accommodate layers of living, working, shopping and recreating throughout. Ultimately its realization devolved into a typical apartment complex, but the external factors simply weren’t there to reinforce it as an internally self-sufficient community.  The concept has also been called an arcology, a portmanteau of “architecture” and “ecology”, used in science fiction and futurology. 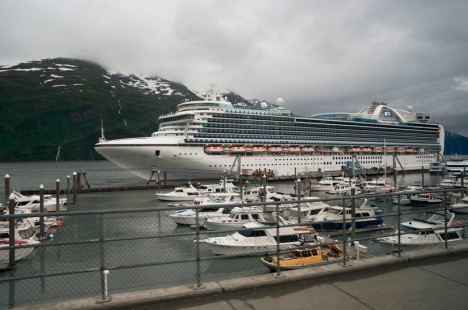 More from Young about the town year-round: “In the summertime Whittier is bustling. Seasonal workers come for jobs on fishing boats, charter boats, or in the cannery, and cruise ships bring hundreds of thousands of tourists to the harbor. But thriving harbor industries—freight, fishing, tourism—don’t seem to translate into growth for the city.” 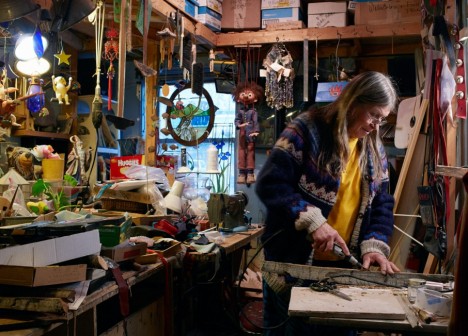 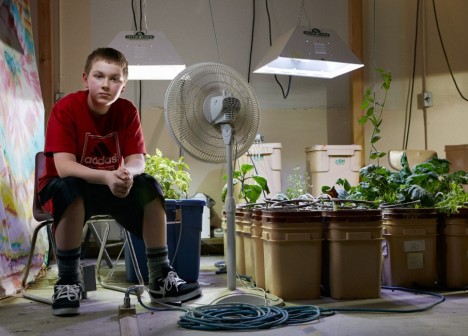 Like a college town times a few thousand, with visitors far outnumbering actual residents – hundreds of thousand visit the area annually but most drop off for just part of a day then get back on their train or cruise ship and leave town again. 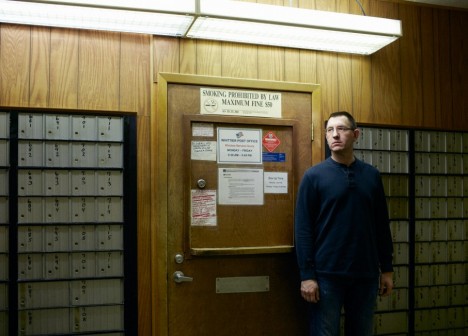 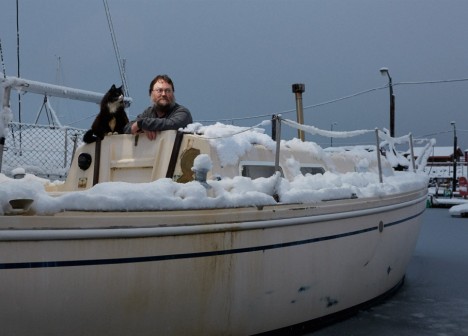 It is, in a way, a company town, but it can also be claustrophobic for those used to warmer climates and more private spaces. “The Alaska Railroad Corporation is the majority landowner in Whittier, but it doesn’t pay property taxes, and it employs few residents. A supply barge comes into town once a week, but most of the workers who unload the freight commute from Anchorage. Not everyone who tries to live in Begich Towers can take it—a newcomer from Florida compared it to jail—and there simply isn’t much space on which to build alternate housing” Aside from the four-image montage, additional images for this story by Travis, nate’sgirl, davidd, Frank Kovalchek, Ross Fowler and Brian Digital.