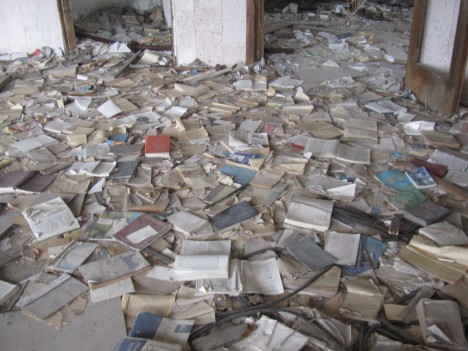 Danger, readiation! Unlike that other Russian library, nobody’s going to be clearing the floors in this library any time soon… because it’s in Pripyat, the radiant and irradiated bedroom community rendered inhospitable and uninhabitable by the 1986 Chernobyl nuclear disaster. You’ve probably read about it. 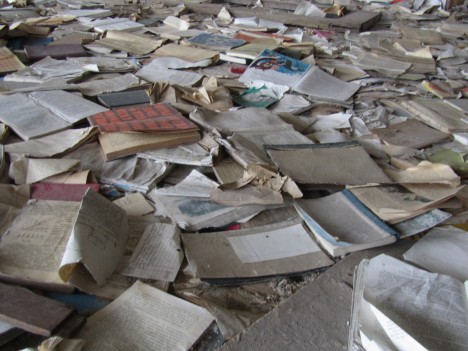 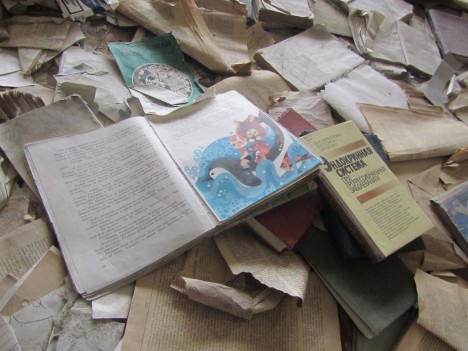 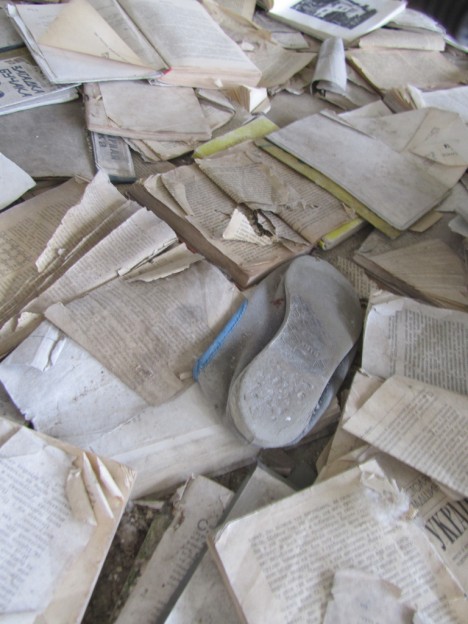 Kudos to Flickr user Elyse Pasquale (Foodie International) for bringing us these images of Pripyat’s disheveled library and for prompting the question, if Pripyat is an off-limits danger zone then who the heck is spending time there trashing libraries? 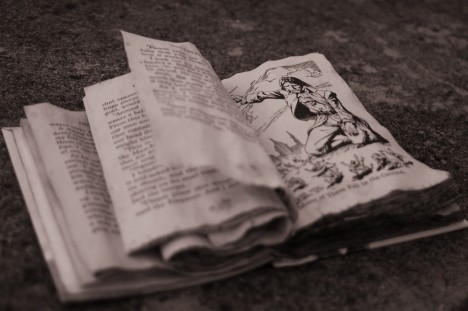 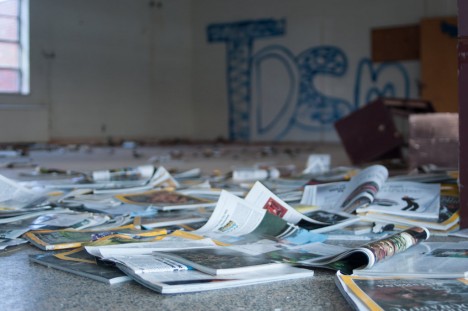 One way to escape from the Lakeside Mental Health Institute in Knoxville, TN was through reading – at least the authorities approved of it and they even set up a small library to encourage such pursuits. Was it a bit cruel to stock the library with National Geographic magazines? In any case, much like Gulliver the once-mighty LMHI has fallen taking its library down with it. 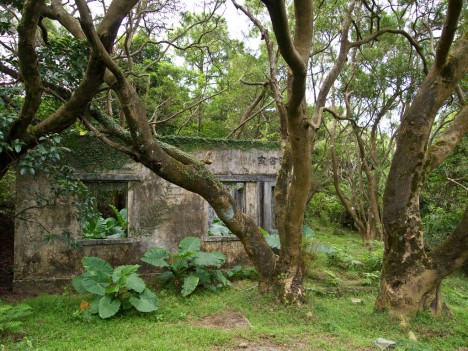 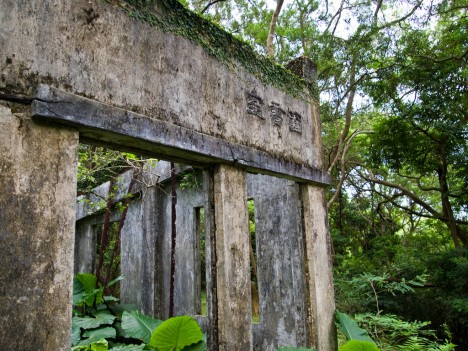 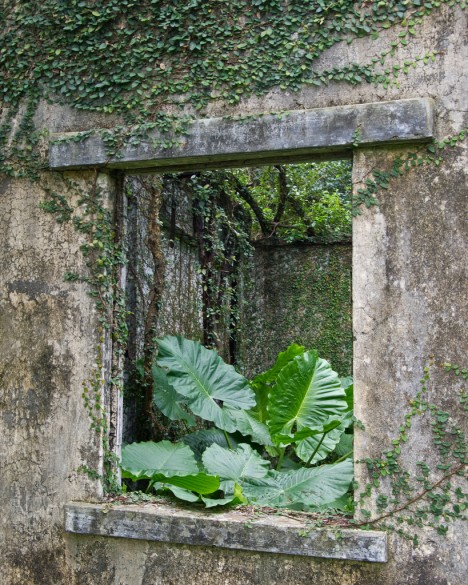 Not much more than the mossy & mildewed stone walls remains of a very old school library located along the Yuen Tsuen Ancient Trail in Hong Kong. Paper was invented in China so odds are the books the library once held were made from wood pulp as opposed to papyrus or baked clay. Kudos to Flickr user Alan C. (Taekwonweirdo) who snapped these shots in September of 2011. 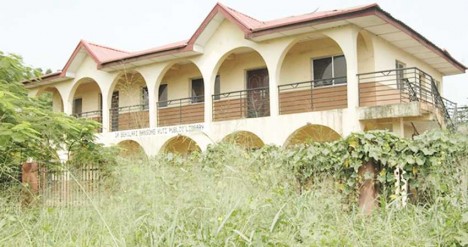 Commissioned in 2011 and already abandoned? That would be the Dr. Bekolari Ransom-Kuti Public Library in Oshodi-Isolo, a district of Lagos, Nigeria. According to the New Telegraph, the library was built “without enabling furniture that define what a library actually looks like and books that can be read.” Yeah, that’s gonna make things difficult for anyone visiting the library. Perhaps the son of a recently-deceased Nigerian prince could be persuaded to free up a few million to put towards the purchase of some chairs and books. Anyone got his email?