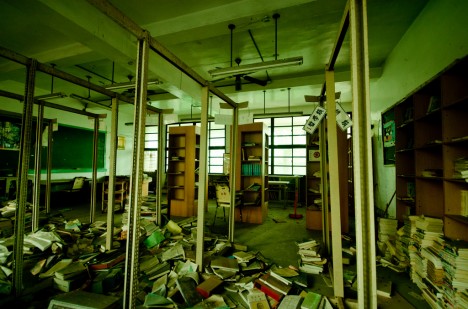 Welcome to the not-so-welcoming Chianan Home Economics Vocational High School in Taichung, Taiwan! We’re not sure just how long ago this school was abandoned but it can’t have been too long – Taichung’s typically warm and rainy summers haven’t yet found much ingress through the school’s copious windows, most of which are (as of January 2013) intact and unbroken. 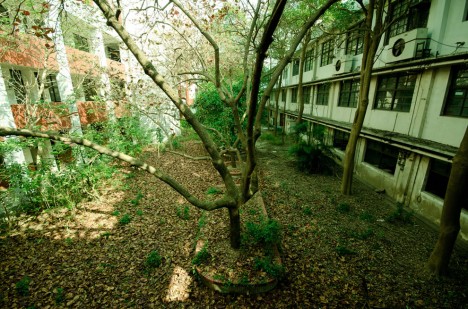 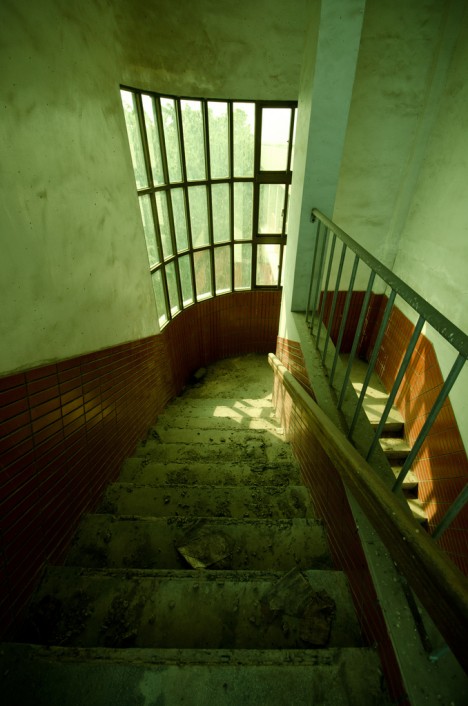 Kudos to Flickr user cheeae7631 for immortalizing the school and its semi-trashed library, albeit by way of a distinctively green filter that lends an atmosphere of organic decay to the scene. 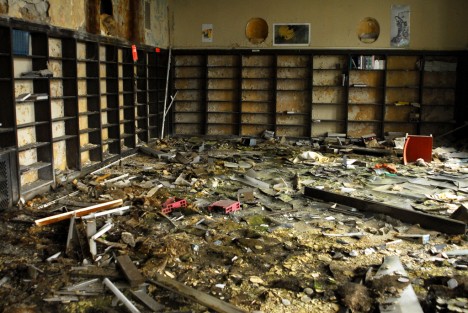 Won’t somebody put Cleveland’s long-abandoned Alexander Hamilton Middle School and its post-apocalyptic library out of their collective misery? Somebody did… on a beautiful July day in 2012, the gorgeous Gothic structure on Union Avenue fell to the uncaring crunch of the wrecking ball. Luckily for us, Flickr user Nitram242 gained access to the building a few months earlier and chronicled its jaw-dropping state of neglect. 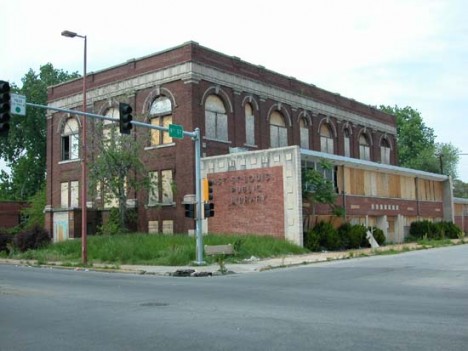 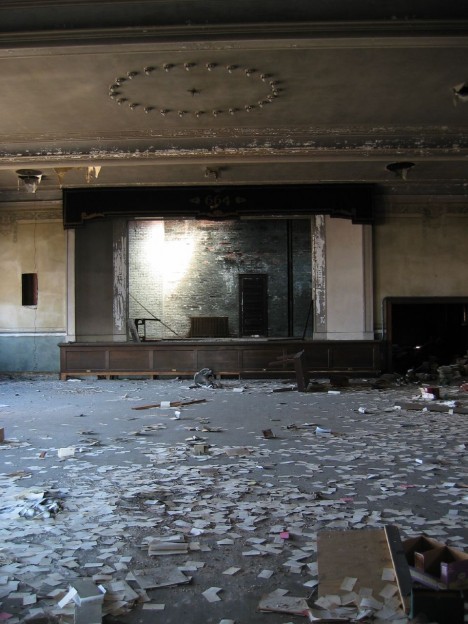 The building housing the old East St. Louis Public Library at 409 North Ninth Street was purchased by the city from the East St. Louis Elks Club for $150,000 back in 1927. One might say the city got their money’s worth, as the library was a going concern until the year 2000 when it moved to new, larger accommodations over on State Street. 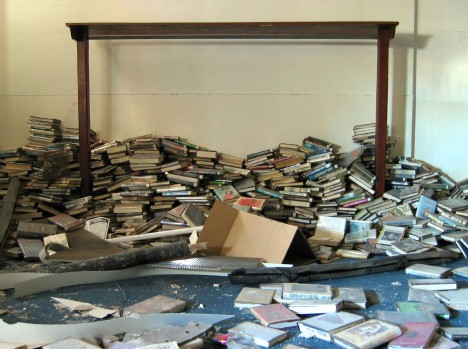 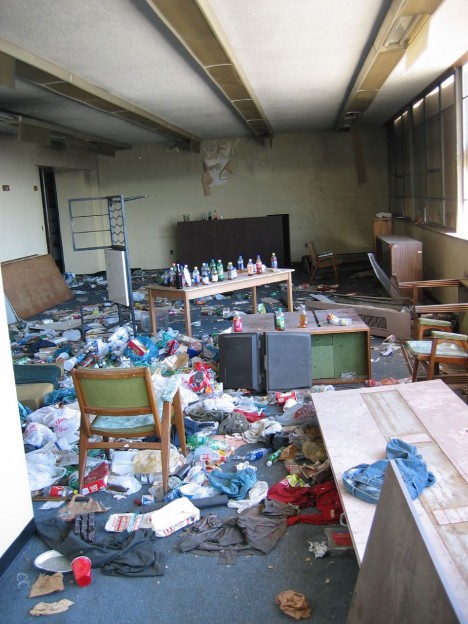 Unfortunately for the city, they forgot to move thousands of books, records, magazines and more when they vacated the old building… and didn’t realize it until 2004! By that time most of the assets weren’t salvageable once vagrants and vandals broke windows and let the elements do their dirty work. Credit Flickr user NS (nathansnider) with the above photos dating from March of 2004 and for enlightening us that “the yellow stuff in those iced tea bottles? Not iced tea..” 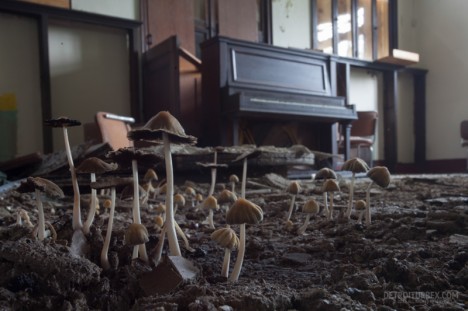 The name of the above abandoned library is not important; the fact that it’s located in Detroit (or was, at the time the photo was taken) is not surprising. The scene is so disturbing and otherworldly (anyone reminded of the invading Martians from War Of The Worlds?) it’s somewhat difficult to put into perspective. Suffice to say that when you abandon a library, it’s not long before the rooms turn to mush.