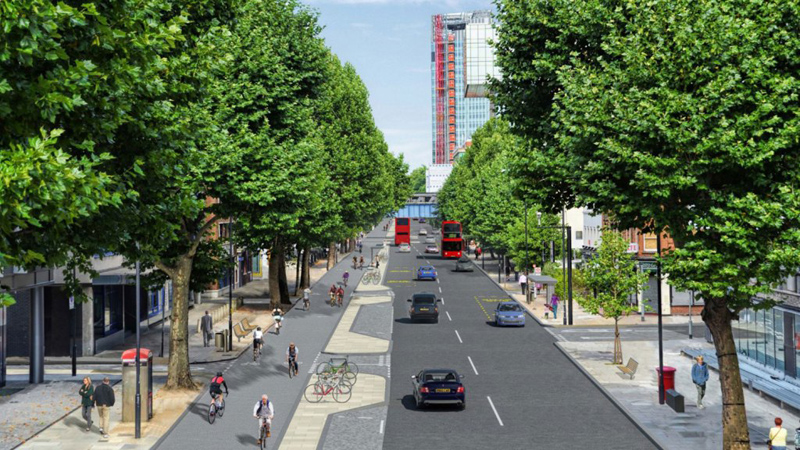 Catering to some of the 170,000 cyclists that ride across London every day, this segregated bicycle lane will stretch from west to east, pass through the heart of the city and span 18 miles when completed, the longest of its kind on the continent. Backed by mayor Boris Johnson, a second route will also eventually span perpendicular to this first one, reaching south to north and crossing the first path in the middle of the city. 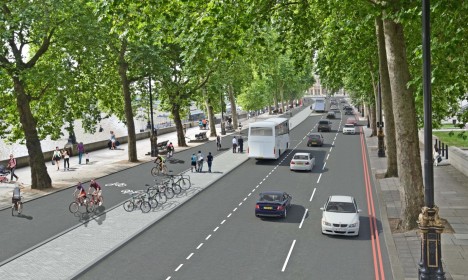 Allocating bikers lane space on par with that given to vehicles and separated by safety curbs, this plan represents a huge shift in how London treats cyclists and the largest such endeavor of its kind to date. Few long bike paths on the planet can boast such separation for bikers from city traffic, a move that makes bike lanes much more accessible to bikers of all ages and abilities and portends a far different future for cities currently congested with cars. 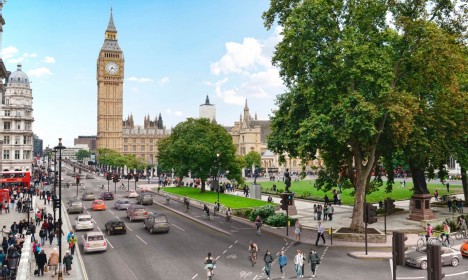 As The Guardian‘s Peter Walker describes, “The effect is humanizing, civilizing, relaxing, enchanting. It makes the city immediately more appealing. Beyond all that it also rebuts the perennial complaint that the push for London bike routes is the niche hobby horse of a small coterie of middle-class, male cyclists. The whole point is that if you create safer cycling you necessarily create more inclusive cycling.” 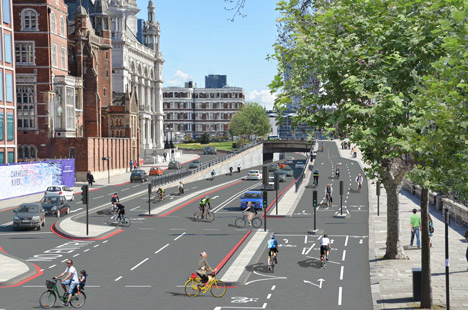 Building on a series original-but-modified proposals shown directly above and below, the new path with pass along the Victoria Embankment to connect Tower Hill and Paddington, re-purposing existing lanes used by motorists and linking up with a north-south route that would connect King’s Cross with Elephant and Castle. 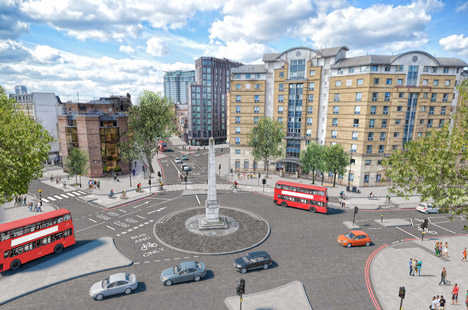 While the removal of motorized vehicular space has drawn complaints from some, it fits London’s larger vision of reducing car traffic in and through the city (dovetailing with existing strategies including a hefty congestion tax). 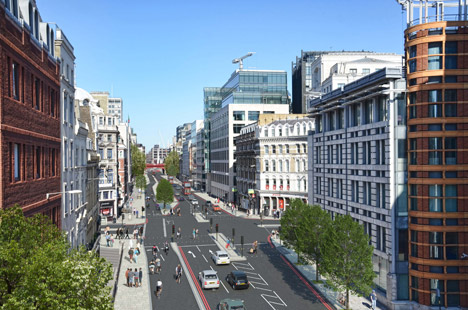 Other cities will be looking to the results of this radical change, which could have significant global influence on urban design strategies around city cycling for years and decades to come. Perhaps it is too much to hope for as a realized project (due to potentially prohibitive construction costs), but lofty visions like the London SkyCycle also remain ideas worth striving toward with regards to the future of bike transit, both within and beyond England’s capital.