Set into a landscape of grassy hills and deteriorating stone walls, a rustic 200-year-old wood and stone structure hides a wholly unexpected modern residence. The renovation in Linescio, Switzerland by Buchner Bründler Architekten adapts an existing country home that had fallen into ruin, setting the new concrete shell into a hillside so that it’s partially subterranean. From the outside, a few streamlined concrete elements are the only signs hinting at a modernized interior. 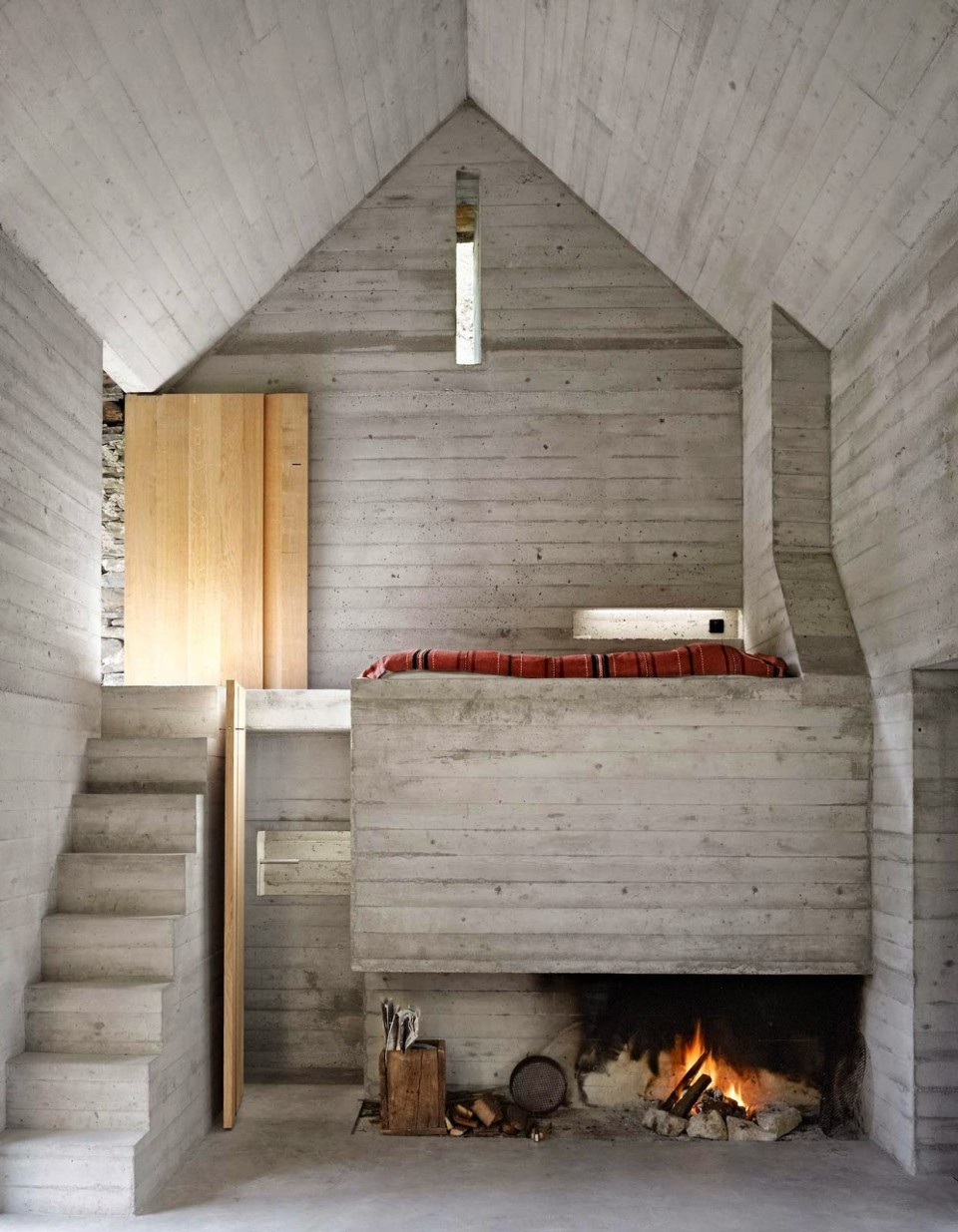 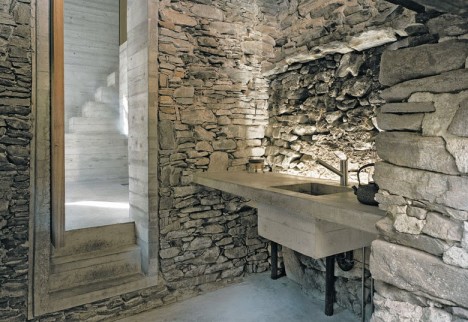 All new elements are made of concrete, including the recessed bathtub, open fireplace, basins and the kitchen counter. The architects wanted to leave as much of the existing fabric of the historical structures as possible, adding minimalist complementary elements that don’t fight the aging textures for attention. 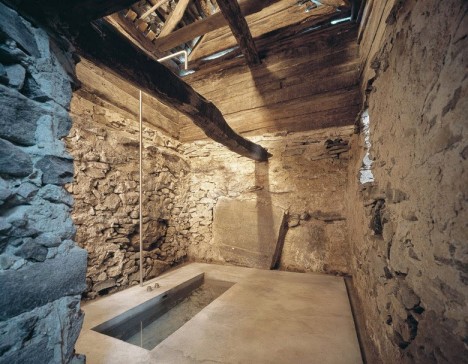 High, folding wood shutters cover the original front windows, which have partially lost their glass, while a new glass door leads out to the garden. The concrete was brought in layer by layer and still bears the marks of the formwork. The existing walls act as an extra layer of insulation, though the home is only meant for use in the summer. 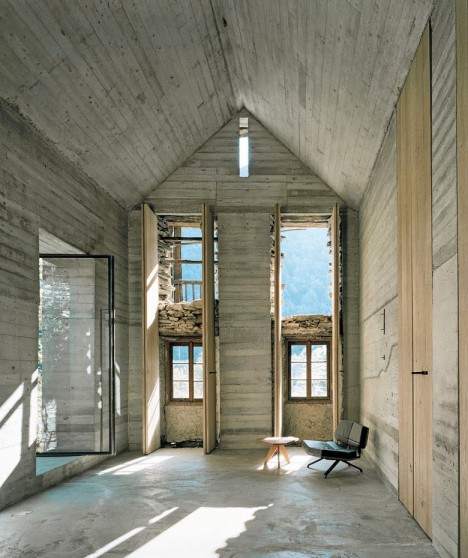 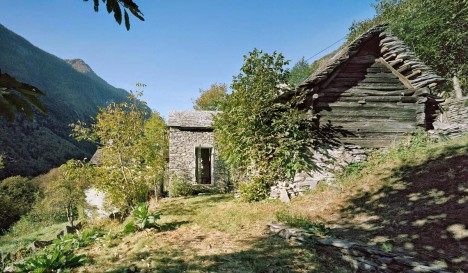 “The plastic, evocative qualities of the exposed concrete intensify the archaic character and the calm atmosphere of this stone house,” say the architects.