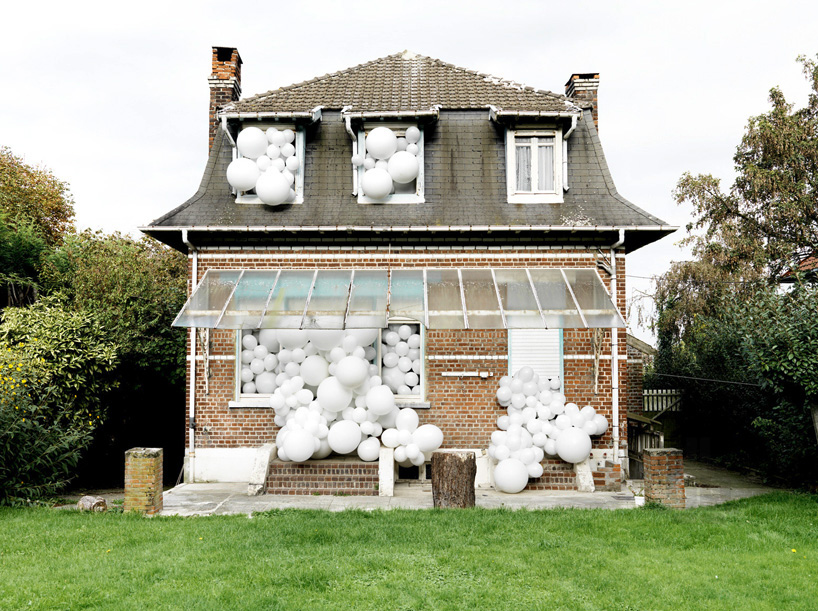 Profusions of white balloons seem to explode from the interiors of houses, squeeze through basketball hoops and hover between the trees in the forest like odd bulbous clouds in this series by artist Charles Pétillon. ‘Invasions’ gives these normally free-floating objects a life of their own with a swarm-like presence within architectural spaces and landscapes. 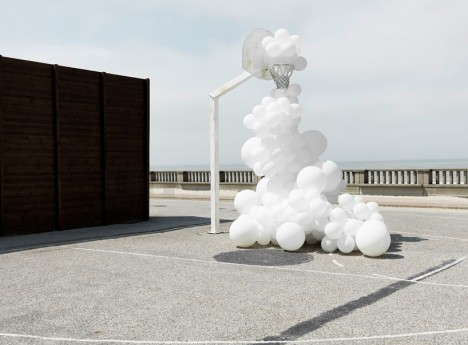 Each photograph depicts a particular metaphor, making a statement on various topics. ‘Family Memories,’ top, shows the white balloons “symbolizing childhood naivety,” while ‘Play Station 2’ aims to “question the viewer on the uses of games in all forms, their evolution and their influence in society.” 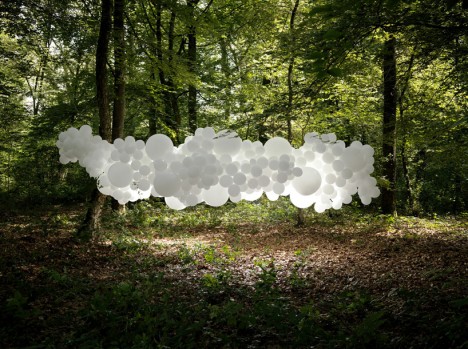 The forest scene, entitled ‘Mutation 2,’ mimics the molecular structure of DNA, placing it in a picturesque environment to symbolize the effect of humans on natural spaces, with our tendency to modify everything to our own uses. 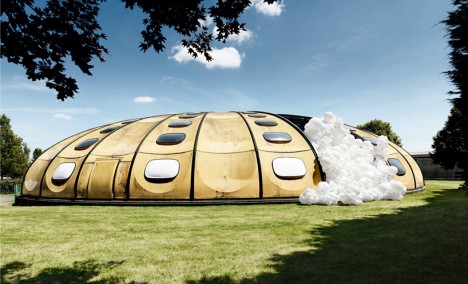 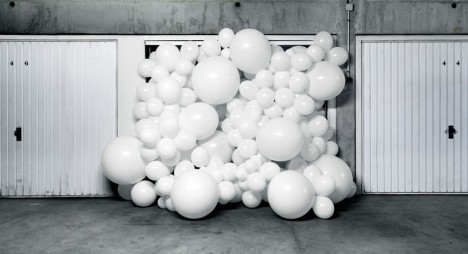 ‘Invasions’ brings the balloons to retrofuturistic architecture designed in the late ’70s and early ’80s to examine our visions of the future and how quickly they become obsolete. ‘CO2’ represents the scars we leave upon the world with our lust for objects like cars. The artist sees the balloons as a way to visualize each of these ways in which we thoughtlessly proliferate, invade or evolve.