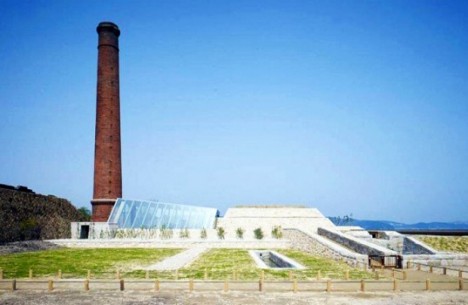 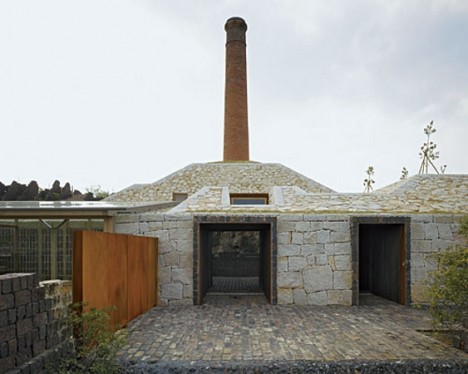 Only 50 visitors per day are allowed to access the Inujima Seirensho Art Museum, a project that envisions a recycling-based society through the reuse of industrial architecture. The project revitalizes an old copper factory on one of Japan’s Seto Naikai islands, which had been abandoned for 80 years. Only passive measures were needed for the majority of the lighting, cooling and heating, with the only exception being a small amount of electricity to keep the emergency lights running. 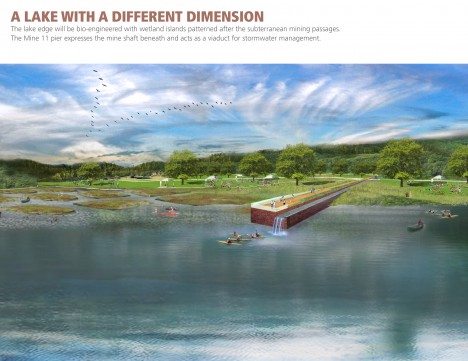 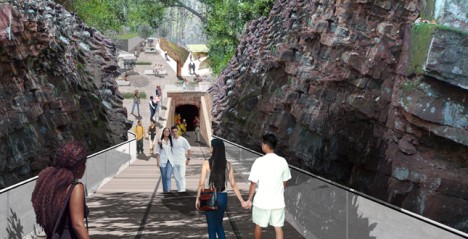 Not all mining takes place underground – some of the most devastating forms of mining can turn huge tracts of wilderness into wasteland with alarming speed. Red Mountain Park in Birmingham, Alabama is rehabbing 1,200 acres of land wrecked by a century of mining, connecting the new and old parts of the city. The project “reclaims the landscape and helps heal a distressed community left in the wake of industrial decline,” featuring over 40 miles of trails, a 20-acre lake and various recreation areas. 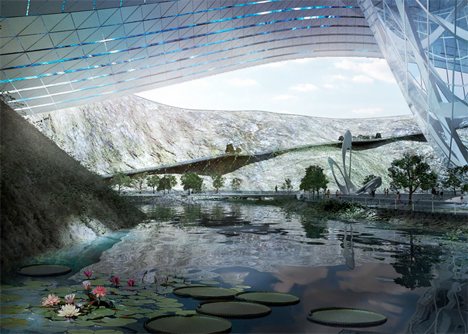 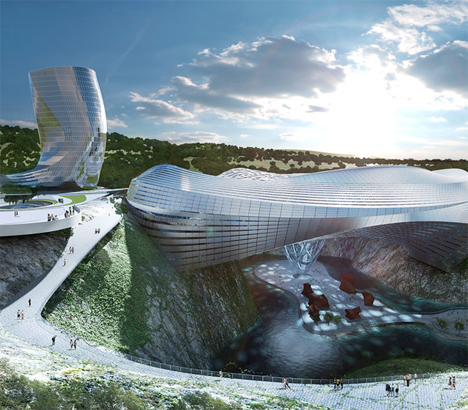 An abandoned mining pit will become an artificial icy landscape with an indoor skiing center and cantilevered outdoor swimming pool. Architectural firm Coop Himmelb(l)au reveals plans for the Deep Pit Ice and Snow World at Dawang Mountain Resort near Changsha, China, including a 100-meter-tall hotel. The complex spans 170 meters of what is currently a disused cement quarry, offering both cold- and warm-weather recreational activities. 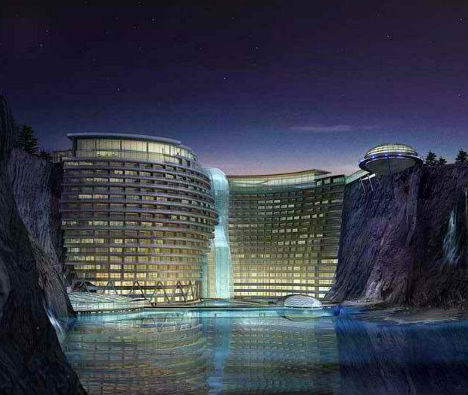 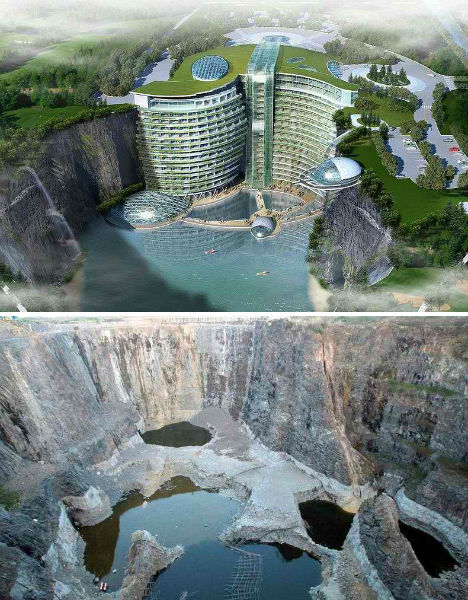 Construction on a 19-story, 5-star hotel is underway on the edge of a 328-foot-deep abandoned quarry near the base of Tianmashan Mountain in Shanghai, China. Designed to mimic a waterfall with a glass atrium extending from the ground-level roof to the bottom of the quarry, the Shimao Hotel descends into the pit itself, overlooking a man-made lake. Activities will include rock climbing, bungee jumping and water-based sports.

A town so wrecked by mining that it had to be evacuated lest residents get sucked into the earth by the threat of cave-ins could be reclaimed with an ambitious ‘super-grid’ project envisioned by Clint Langevin. The Tar Creek Supergrid is suspended above the town of Picher, Oklahoma, which was declared unsafe due to hollowed-out mines and then gutted by a tornado shortly thereafter. The landscape of the town is surreal, with waste rock piles reaching 13 stories high. Contaminated ground and surface water from the mining operations further complicate matters. The supergrid idea creates a structure that raises solar energy infrastructure off the ground to create an elevated renewable energy facility, making use of the land without actually touching it.