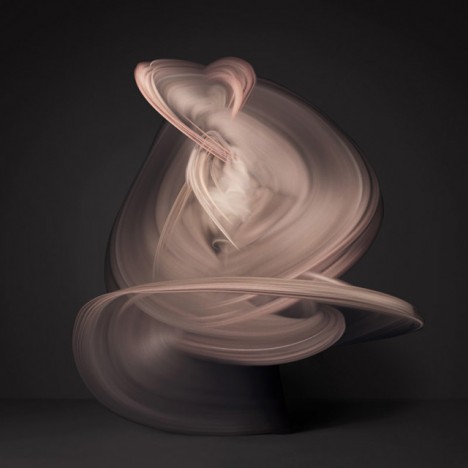 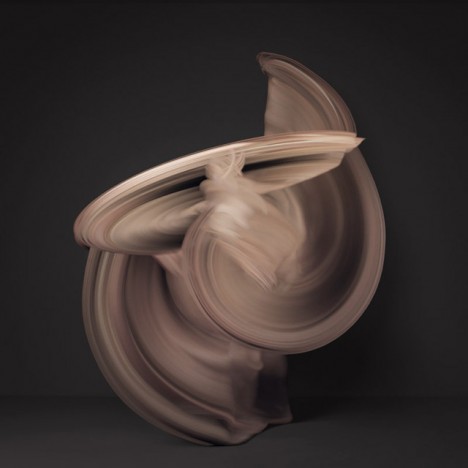 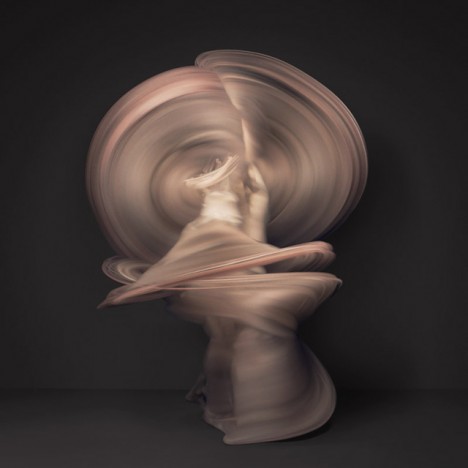 Each of these strange spinning images represents 10,000 individual photographs of a nude dancer, put together to create a time lapse of graceful movement. Says photographer Shinichi Maruyama, “I tried to capture the beauty of both the human body’s figure and motion. The figure in the image, which is formed into something similar to a sculpture, is created by combining 10,000 individual photographs of a dancer. By putting together uninterrupted individual moments, the resulting image as a whole will appear to be something different from what really exists. With regard to these two viewpoints, a connection can be made to a human being’s perception of presence in life.” 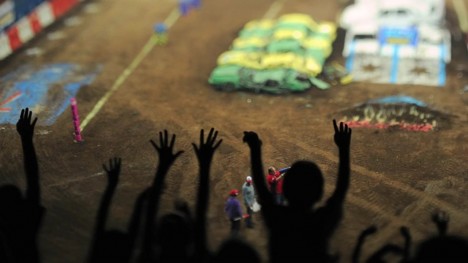 Toys seem to come to life in this tilt-shift time-lapse video of monster trucks by Keith Loutit. The technique, which selectively blurs certain portions of the images, makes normal-sized scenes appear miniaturized.

The sky seems to transform into an ocean, air into water, when undulates aspirates clouds are captured in time-lapse. Storm chaser Alex Schueth put this video together after witnessing the rare cloud formation in the sky over Lincoln, Nebraska. 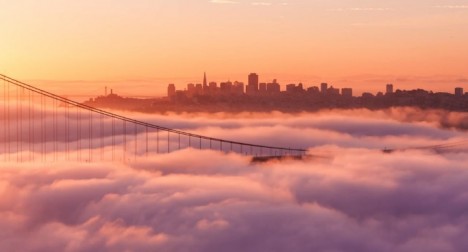 Simon Christen captured over two year’s worth of “the magical interaction between the soft mist, the ridges of the California coast and the iconic Golden Gate Bridge,” combining these images into a time-lapse video called Adrift. The photographer would wake up at 5 in the morning and drive 45 minutes on days when fog was forecast to take each picture.