Time Lapse of Graffiti in Motion by Sofles 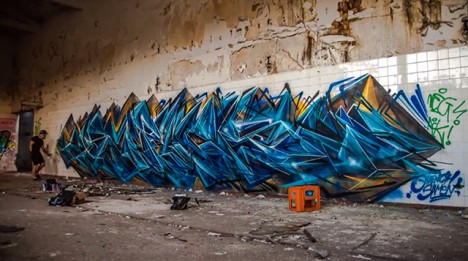 Watch one work after another come to life in hyper-speed in this time lapse video of graffiti artist Sofles covering the walls of an abandoned warehouse. 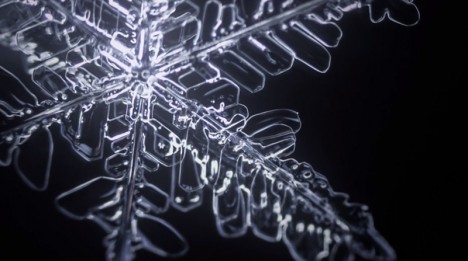 Watch tiny crystals of ice grow into complex snowflakes before your eyes in this microscopic short by filmmaker Vyacheslav Ivanov. 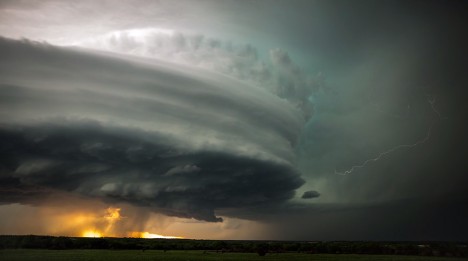 Photographer Stephen Locke captures time-lapse videos of supercell storms forming in the sky near Climax, Kansas in May 2014. The swirling of the dark clouds is even more dramatic against the setting sun. 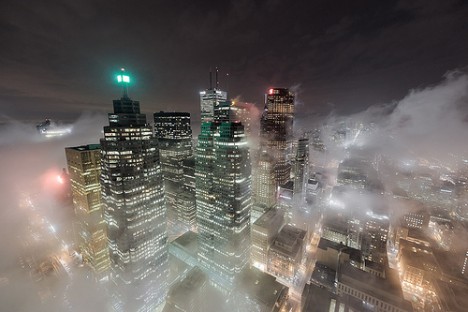 Rooftopper Tom Ryaboi, who’s known for scaling some of the world’s tallest buildings to take terrifying images that will make anyone with a fear of heights tense up, shot a four-minute time lapse of Toronto wherein the city comes to life over the course of a day. “One thing that shooting a time-lapse forces you to do is to look inside: after setting up your shot, there’s often not much you can do for hours, but sit up there and ponder. The relationship between the cold glass, steel and concrete below coupled with the often majestic clouds, sky and sun/moon never ceases to be a source of wonder. The purpose of what you’re doing becomes a frequent question in your mind.”

Swarming Fireflies in the Forest

Shooting in the woods, over lakes and in vacant lots, photographer Vincent Brady chases the many fireflies that appear in the Ozarks over the summer, with the most astonishing results occurring when the tiny beetles’ luminescence is reflected on a still body of water.