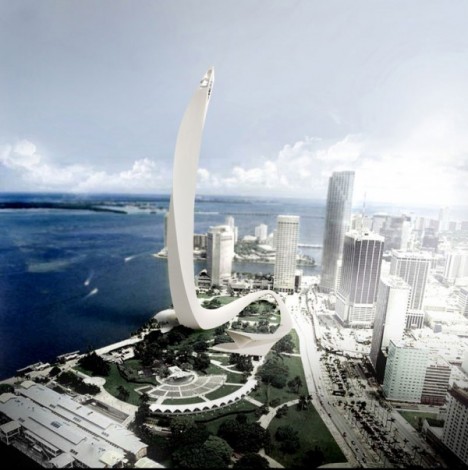 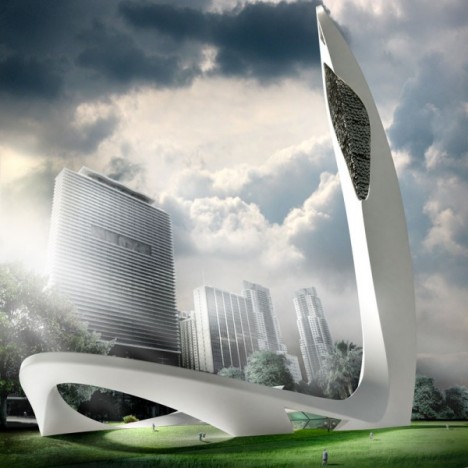 Avis Magica or ‘the magic bird’ is a skyscraper made for Miami, referencing its nickname as ‘the magic city’ and the way it swiftly took off in terms of growth in the early days of its development. The designers propose a new concept of ‘vertical nature,’ adding all sorts of self-sustaining features like ‘feathers’ that vibrate in the wind to produce electricity. The tower itself, which would be Miami’s tallest, includes a museum, concert stage, aquarium and observation deck. 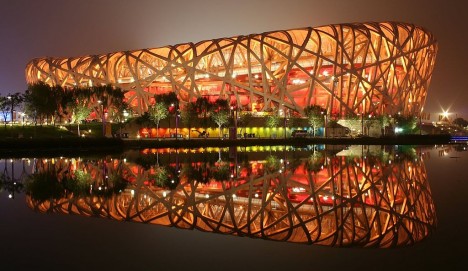 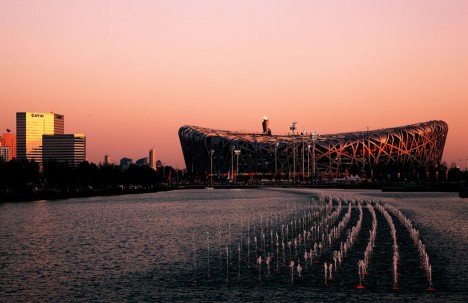 It’s easy enough to see where Herzog & de Meuron got their inspiration for the Beijing National Stadium, also known as the Bird’s Nest. Built for the 2008 Summer Olympics, the stadium implements a pattern of criss-crossed steel beams to hide supports for the retractible roof.

House on the Flight of Birds, Portugal 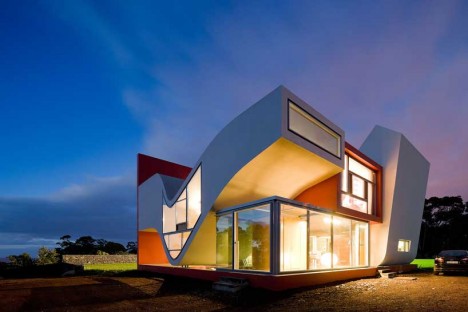 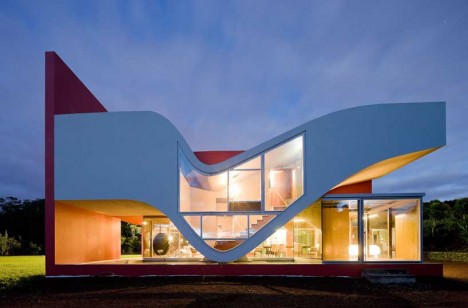 Here’s a more abstracted take on a bird-shaped house by Bernardo Rodrigues Arquitecto. The unusual shape of ‘House on the Flight of Birds’ takes cues from the landscape and weather of Portugal’s St. Michael Island, the curves helping to buffer against high winds and rain. 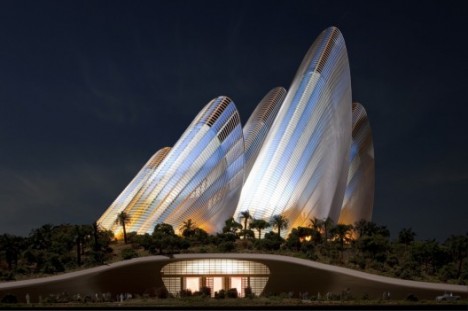 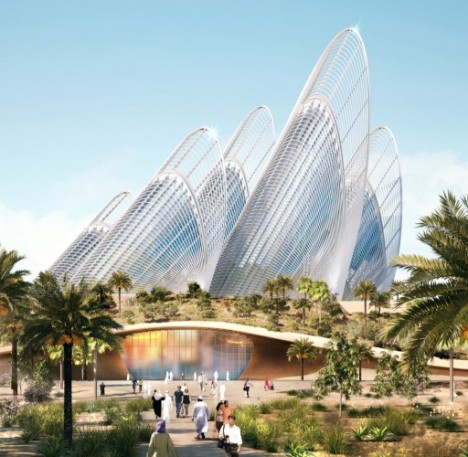 Foster + Partners envisions a wing-shaped structure for the Zayed National Museum on Abu Dhabi’s Saadiyat Island, with an aim to “combine a highly efficient, contemporary form with elements of traditional Arabic design and hospitality.” The five ‘feathers’ are solar thermal towers that draw cooling air currents through the museum, and also pay tribute to Sheikh Zayed’s love of falconry. An outdoor area hosts live displays with hunting birds.