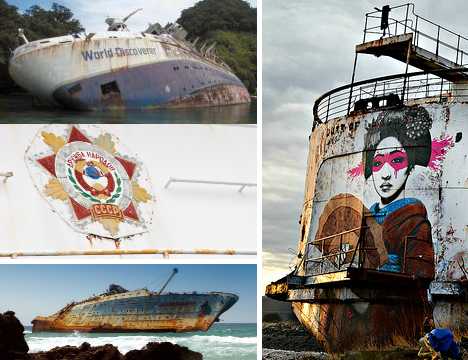 Call out “Abandon ship!” and what do you get? Abandoned ships. These 8 abandoned cruise ships and liners are all that’s left of what was left to Poseidon. 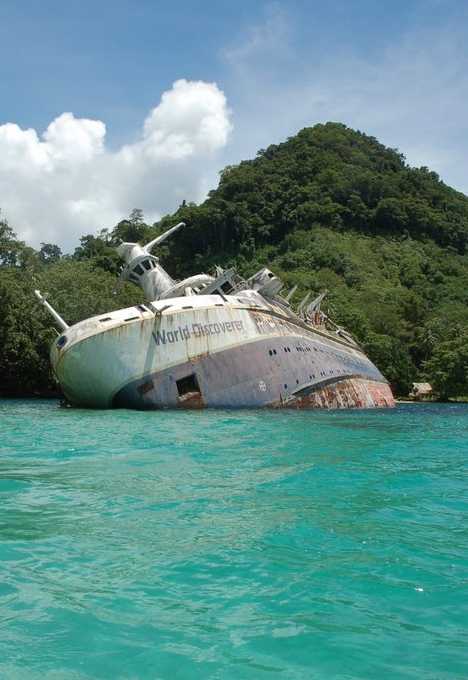 On April 30th of 2000, the World Discoverer was sailing through the Sandfly Passage in the Solomon Islands when she struck an uncharted rock or reef. Captain Oliver Kruess heroically nursed the listing liner into shallow Roderick Bay in the Florida Islands, where all aboard were safely evacuated. The World Discoverer, however, remains where it was beached in 2000, stripped of anything valuable by local islanders.

(images via: Sometimes Interesting and GCaptain)

Looking like an outtake from Life After People, the World Discoverer‘s exploring days are over for good and unlike most other coastal shipwrecks it will probably remain where it is, slowly rusting and moldering away in its sheltered cove, for some time to come. There’s only one thing that worries environmentalists: sometime in the future the World Discoverer’s metal fuel tanks will finally rust through, releasing unknown amounts of poisonous toxins into the sea and onto the beaches. 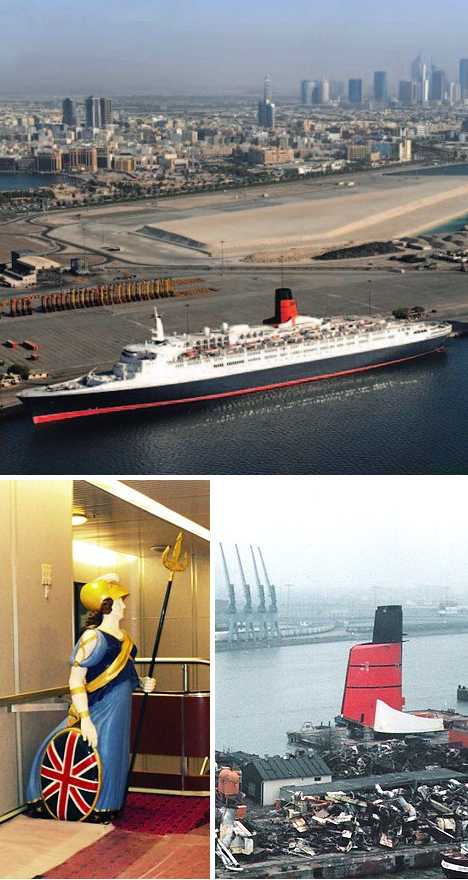 The jewel in the crown of Britain’s venerable Cunard Line, the ocean liner QE2 sailed the seven seas as both a transatlantic ocean liner and as a premium cruise ship from 1969 until her retirement on November 27th, 2008. Subsequently, the liner was purchased by Istithmar, the private equity arm of Dubai World, whose stated intention was to convert the vessel into a 500-room floating hotel to be moored at the Palm Jumeirah offshore resort in Dubai.

Due to the world financial crisis and its lingering effects on business in Dubai, virtually no work has been carried out on the ship and rumors have persisted the virtually abandoned QE2 would either be sent to Asia, either to be scrapped in China or converted into a floating luxury hotel, shopping mall and museum… and so it goes. 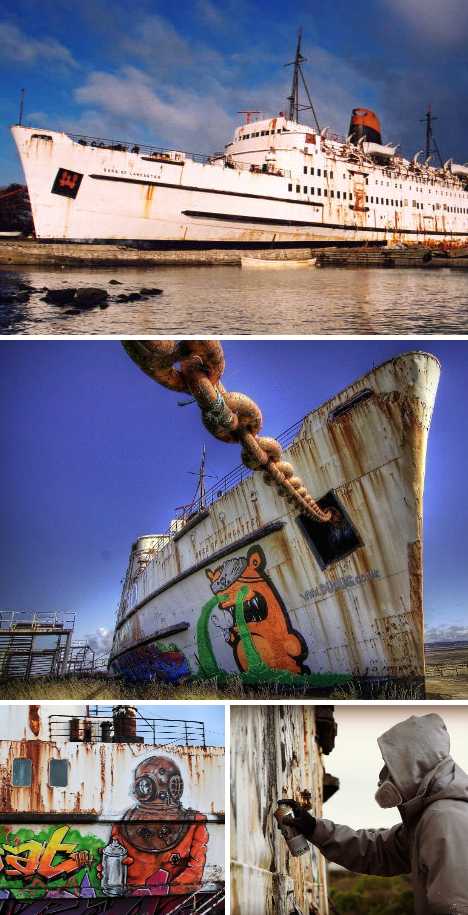 Launched in 1956, the TSS Duke of Lancaster was built at the Belfast shipyards of Harland & Wolff where the RMS Titanic was constructed almost a half-century earlier. The 4,450 ton, 1,800 passenger steamer operated as a passenger ferry on the Heysham-Belfast route and as a cruise ship calling at a variety of European ports from Spain to Norway for the better part of two decades. In November of 1978, the venerable Duke was retired from service on the seas… a new, landlocked career was about to begin. 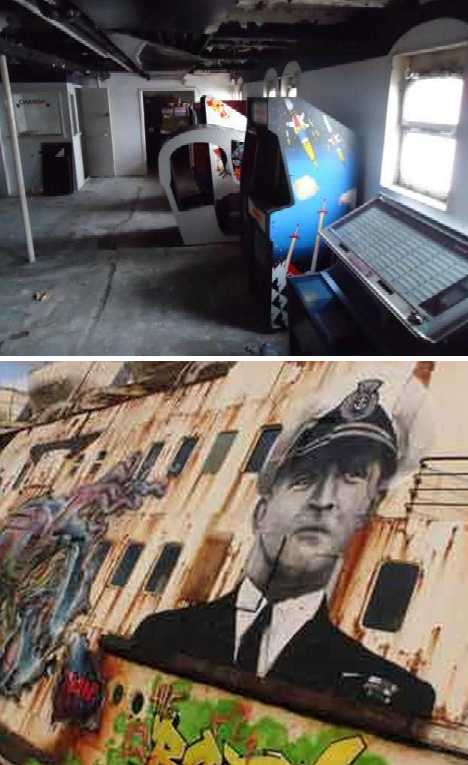 In August of 1979, the ship was moved to Llanerch-y-Mor near Mostyn, Wales to become a static leisure center known as “The Fun Ship”. Legal issues and turf tussles with the local council crippled the ownership group’s business model, however, and the Duke’s slab sides were gradually covered by rust and unauthorized graffiti. The latter must have given somebody an idea because surprisingly, there’s life in the old Duke yet: as the largest open air art gallery in the UK. 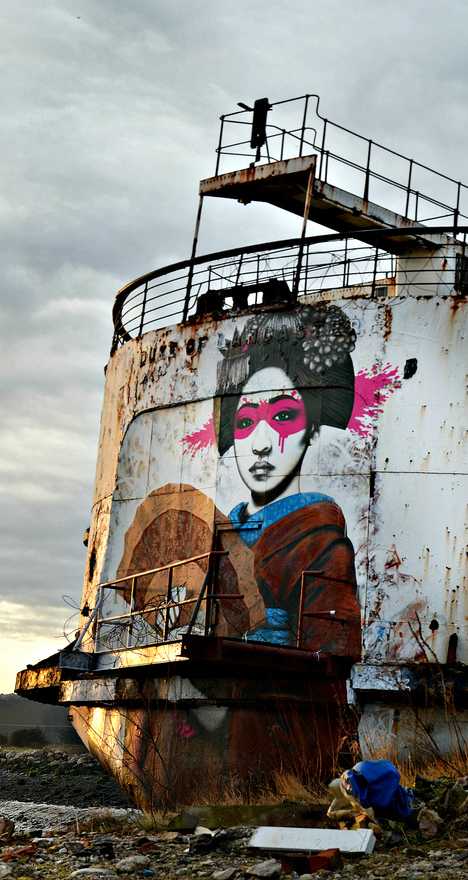 Beginning in August of 2012, a commission was offered to Latvian graffiti artist Kiwie who spray-painted a large-scale artwork on the ship’s side. Kiwie’s work was augmented and complemented by a wealth of “bright and surreal” graffiti by acclaimed artists including Dale Grimshaw, Dan Kitchener, Snub23, Spacehop, and Fin DAC. The latter’s eye-popping “Mauricamai” covers most the Duke’s stern and has been breathtakingly captured above by Flickr user Mike.