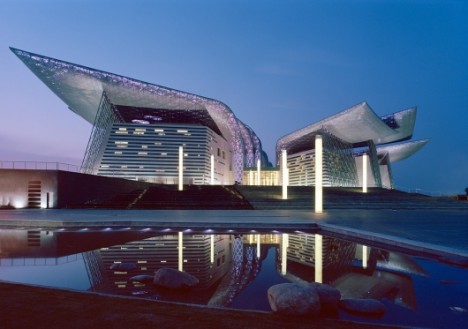 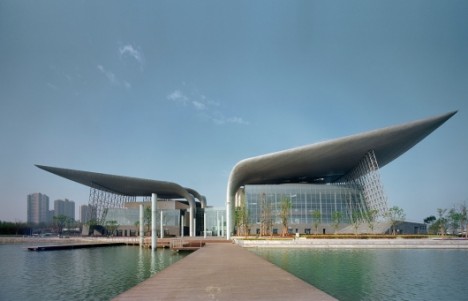 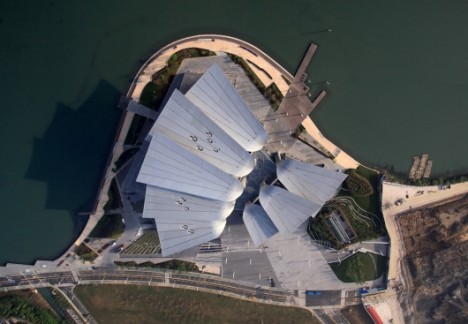 China’s Wuxi Grand Theater rises 50 meters from its terraced base on a manmade peninsula like a monumental sculpture, its eight massive roof wings stretching over the facade of the building to provide protection from the heat and sun. The perforated steel wings contain thousands of LED lights so the color can be changed for each performance, putting on a show for the entire city. 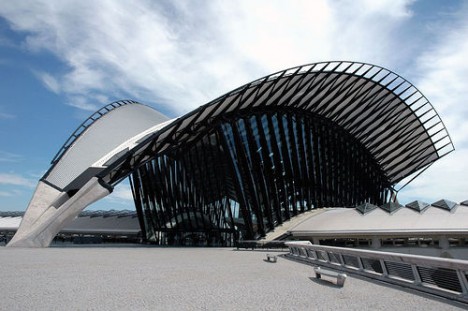 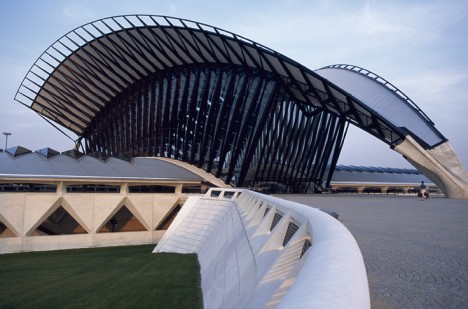 Another bird-like structure from Santiago Calatrava, the Gare de Saint-Exupéry is a railway station built to serve the line from Paris to Marseille, its shape based on one of the architect’s sculptures. The balanced, arching steel roof gives the building the look of a bird about to take flight. 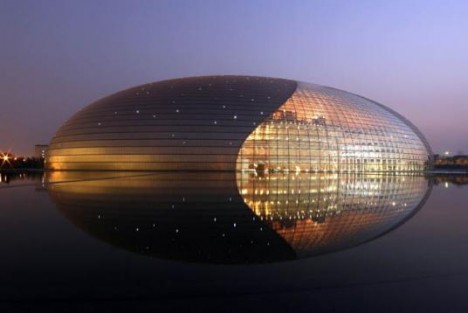 What came first, the bird or the egg? In any case, egg-shaped architecture is another way in which feathered creatures have influenced architectural shapes. The National Center for the Performing Arts in Beijing is one notable example, made up of a titanium and glass ellipsoid dome surrounded by an artificial lake. 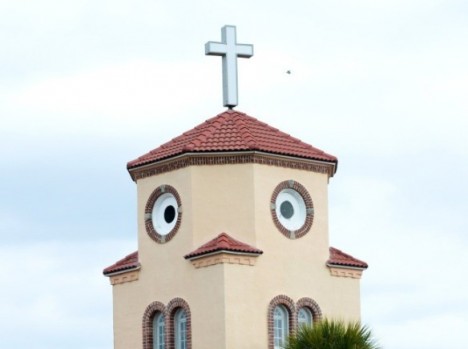 It’s unlikely that the architects of this church in Tampa intended for the rounded windows and triangular roof panels to mimic the eyes and beak of a cartoonish bird, especially given that it was designed in the 1940s. But locals noticed the resemblance, and it wasn’t long before the internet caught on, making this humble little building a bit of a tourist attraction.