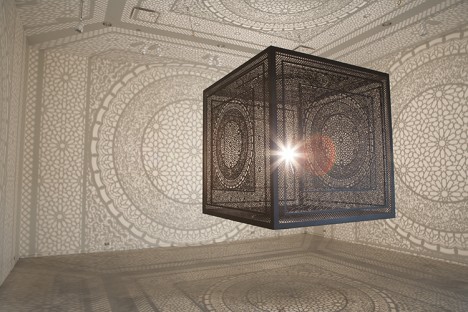 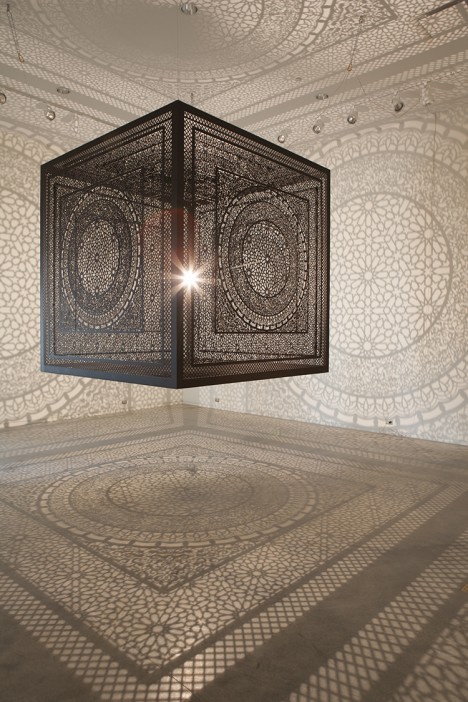 A single light bulb inside an ornately carved wooden cube casts intricately patterned shadows all over the walls, floor and ceiling of a gallery space in this work by Anila Quayyum Agha. “The Intersections project takes the seminal experience of exclusion as a woman from a space of community and creativity such as a Mosque and translates the complex expressions of both wonder and exclusion that have been my experience while growing up in Pakistan,” says the artist. “The wooden frieze emulates a pattern from the Alhambra, which was poised at the intersection of history, culture and art and was a place where Islamic and Western discourses met and co-existed in harmony and served as a testament to the symbiosis of difference.” 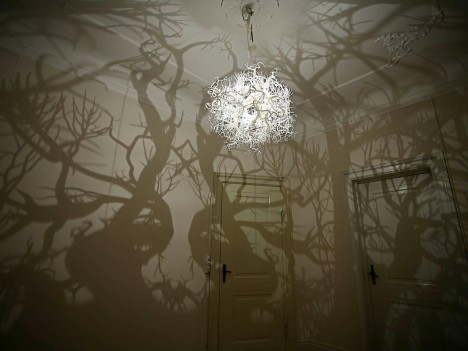 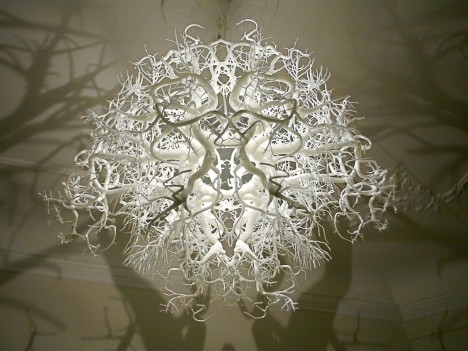 A small mass of shapes inspired by tree roots becomes an entire forest with this shadow-casting chandelier by Hilden & Diaz entitled ‘Forms in Nature.’ Inspired by the symmetrical nature drawings of biologist and naturalist Ernst Haeckel, the sculpture is mirrored from one half to the other and also mirrors the form of the tree, turning the bottom half that’s typically unseen under the soil into the visible top half via light projection.

Shadowy Figures Out of Chaos by Diet Wiegman 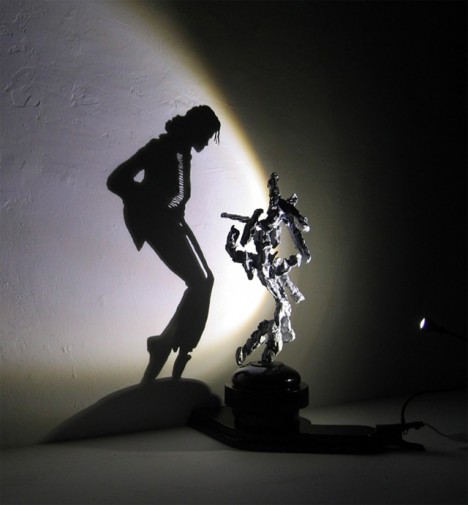 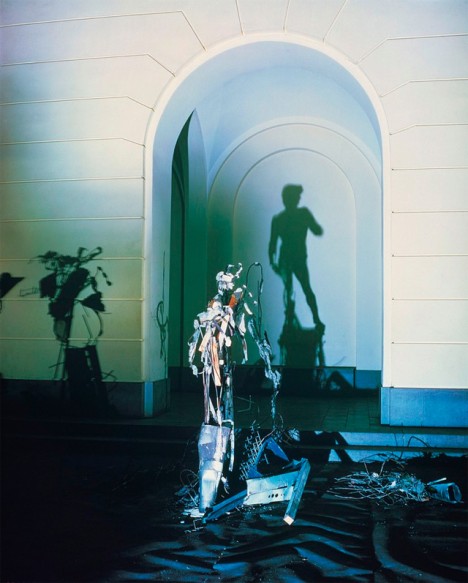 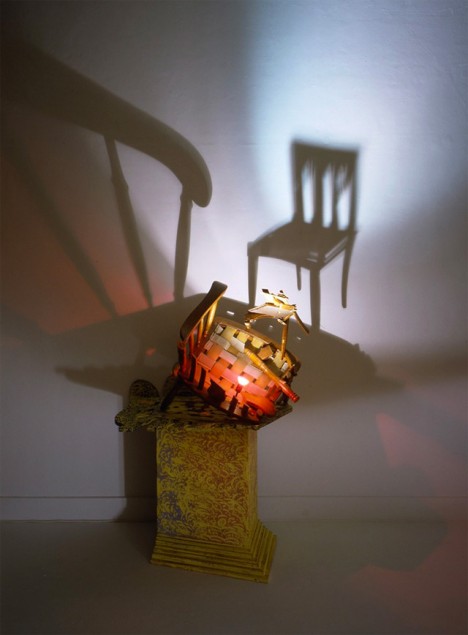 Nonsensical piles of junk somehow become recognizable shadows of people like Michael Jackson when carefully assembled and lit by Diet Wiegman. The artist, whose career has spanned half a century, gathers scrap metal, trash and other unwanted objects to create his odd-looking figures. 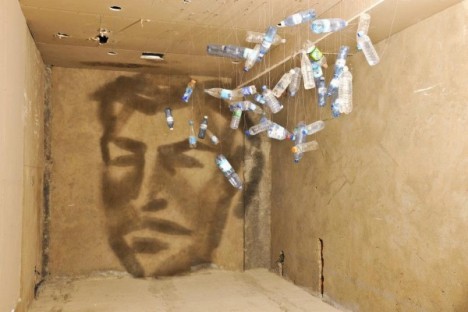 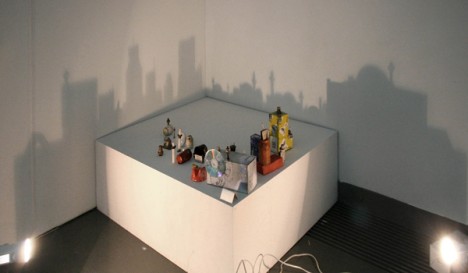 A collection of plastic bottles hang from the ceiling on transparent wires as if making some kind of statement about trash and environmentalism, but really they’re just an unexpected way to create a floor-to-ceiling face on the opposite wall of an abandoned space in this work and others by Rashad Alakbarov.