How is it even possible that a mess of steel wires or a pile of useless scraps of trash can produce shadows that so perfectly mimic human faces and figures? Whether bringing forth unexpected shapes by combining abstract sculptures with a light source or exploring the psychological connotations of shadows, artists make light and darkness a physical element in each of these works. 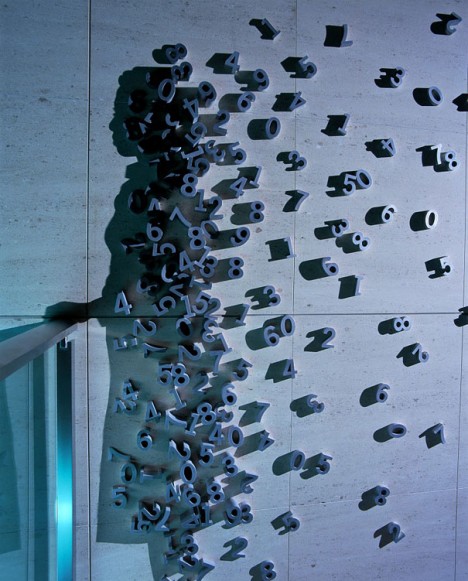 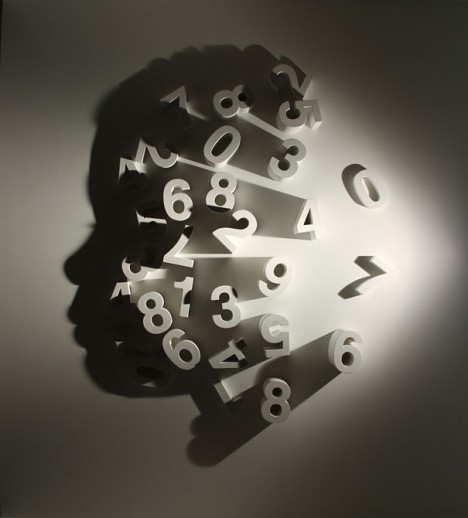 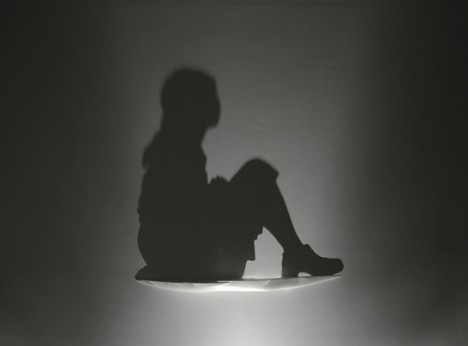 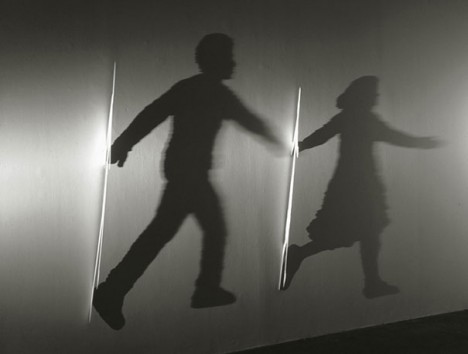 Faces appear out of the most unlikely shapes and materials, from scrunched fabric to numbers mounted on a wall, while figures spring out of thin strips of metal. Says artist Kumi Yamashita, “I sculpt using light and shadow. I construct single or multiple objects and place them in relation to a single light source. The complete artwork is therefore comprised of both the material (the solid objects) and the immaterial (the light or shadow.)” 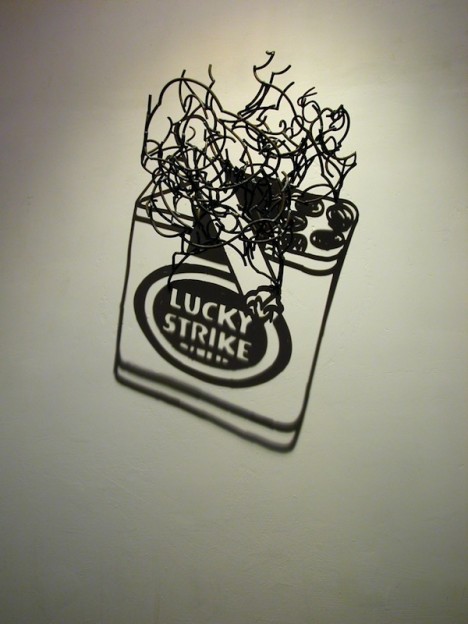 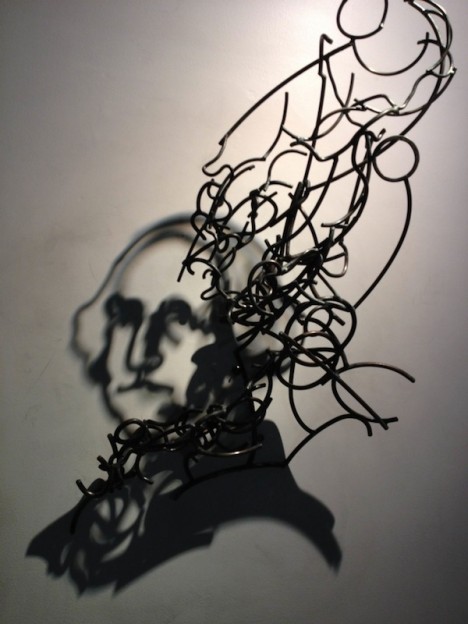 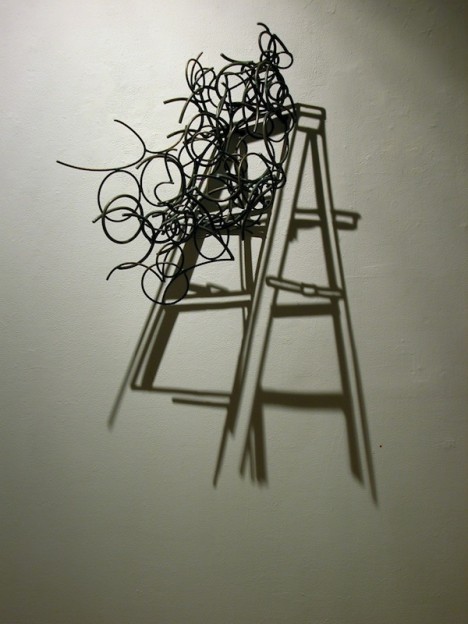 Though they do have a certain beauty in and of themselves, look at Larry Kagan’s wire sculptures on their own, without a light source, and you may find yourself scratching your head at what the word ‘art’ even means. But when they’re illuminated from just the right angle, they transform into something different altogether, becoming birds, insects, ladders and maps of the world. 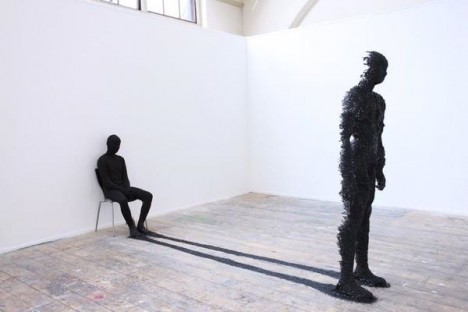 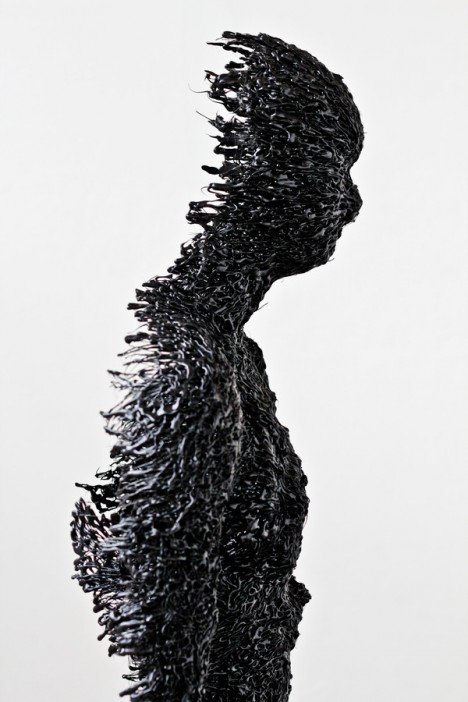 Artist Rook Floro made a plasticine cast of his body to create this eerie shadow sculpture, which he displayed in a gallery while sitting nearby with his entire body painted black. “My sculpture/performance piece is inspired by Carl Jung’s psychological theory about the shadow. It concerns with the repressed ideas, weakness, and desires of oneself that the conscious mind refuses to acknowledge. It represents my ‘shadow’ which involves my hidden desires to be different and become perfect in y own right. We always feel the pressure to be perfect by everything around us such as the media, social network, advertisement, friends, and family.” 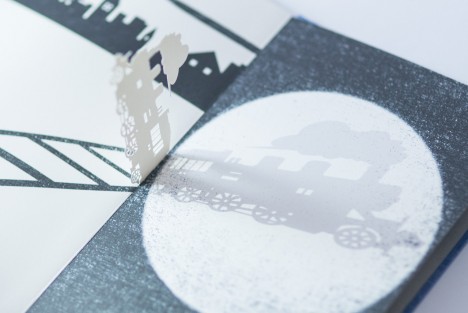 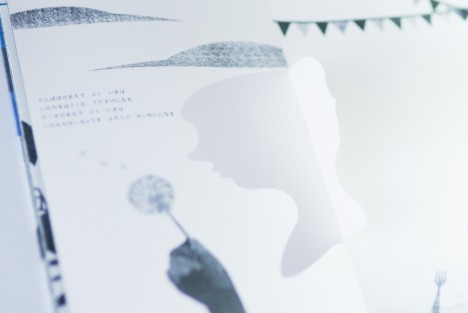 This adorable Japanese children’s book by Megumi Kajiwara and Tathuhiko Nijima is enhanced with the use of a flashlight to bring out extra figures via pop-up silhouettes. The book is hand-made to order.

Two static sculptures suddenly start to dance as a light source swings maniacally around them in this interactive art installation by Lauren Craste, created for the Chromatic festival in Montreal. It seems straightforward at first, but then the figures seem to take on a life of their own, moving in ways that don’t make sense. The secret is a hidden projector that tracks the movements of the light source to create certain effects.