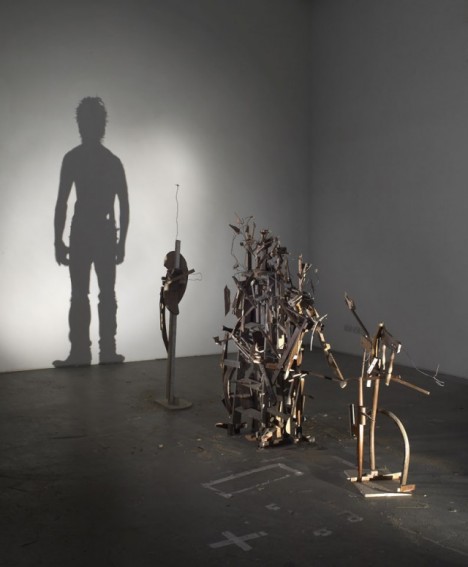 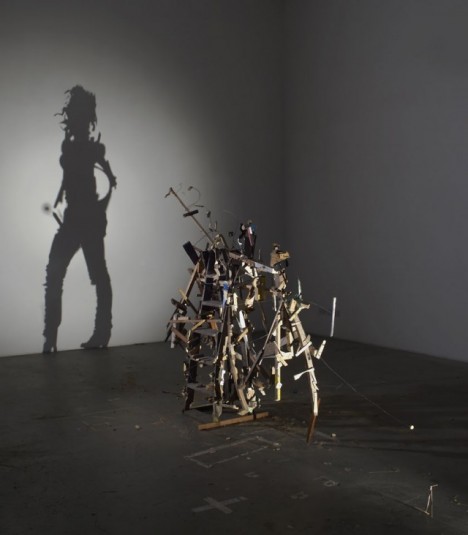 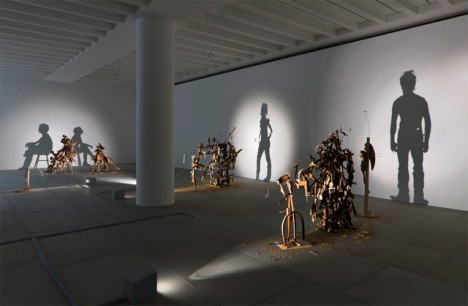 Similar to the work of Diet Wiegman, these seemingly abstract sculptures by Sue Webster and Tim Noble reveal unexpected shadows that are quite striking in the level of their detail. Say the artists in their statement, “The process of transformation, from discarded waste, scrap metal or even taxidermy creatures to a recognizable image, echoes the idea of ‘perpetual psychology’ a form of evaluation used for psychological patients. Throughout their careers they have played with the idea of how humans perceive abstract images and define them with meaning.”

I’m Not There by PoL Úbeda Hervas 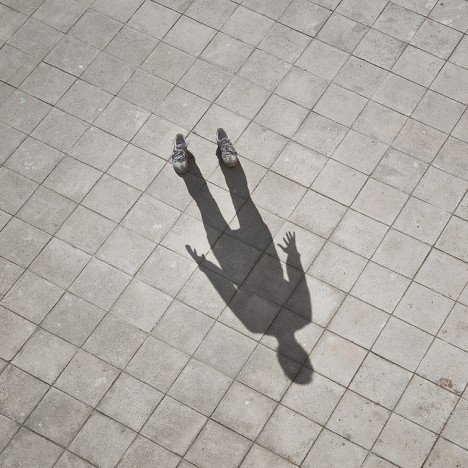 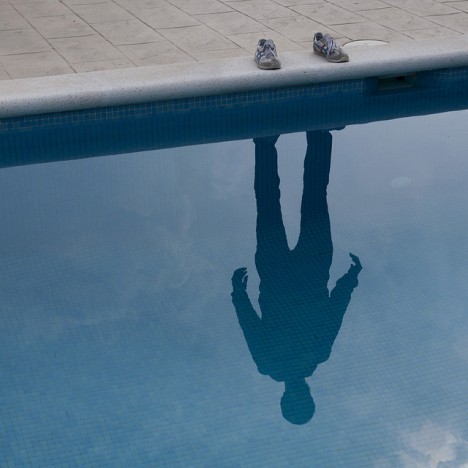 Composite images capture scenes occupied only by photographer PoL Úbeda Hervas’ shoes with scenes that include his shadow in this series. “How can we accept that we are changing?” asks the artist. “How can we accept we hardly recognize ourselves in certain situations? I am changing at this very moment in my life. I do not react the same ways I used to. I am surprised. Is that me? These pictures are the way I see myself now. My shadow is there but I erase myself Because I don’t know who I am any longer. The shoes remain to make sure there is something more than… a shadow.” 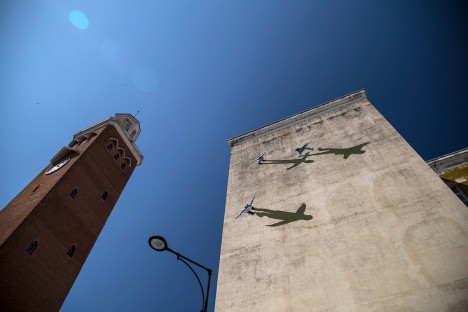 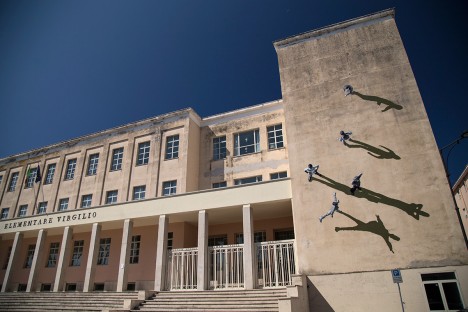 You’ll do a double-take passing by this mural by Anders Gjennestad, known as Strøk, on the side of an old school in Italy. Sure, the figures can’t possibly be real people standing on a vertical surface, but the illusion created by those shadows is complete enough to make it seem as if the figures are 3D from afar. 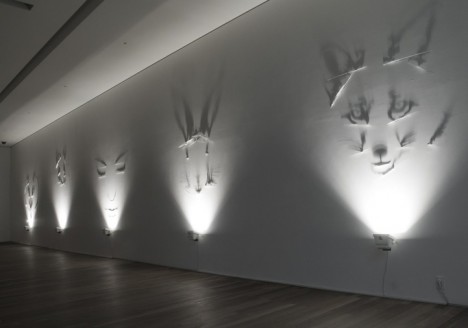 “Light is energy which creates forms,” says Italian artist Fabrizio Corneli, who uses mathematics to create his complex works of light and shadow. The Florence-based artist creates installations in which light becomes a physical element of each work, combined with abstract forms.