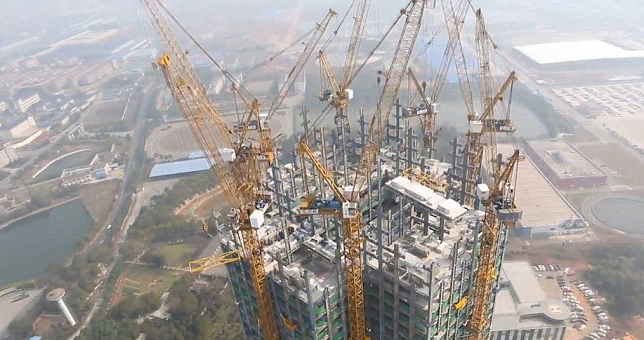 The world’s tallest prefab building has just been constructed at a rate of 3 stories per day, showcasing the power of modular design and industrial prefabrication operating at scale. Located in Changsha, China, the record-breaking building is designed to be connected by sky bridges to a larger Sky City complex yet to be completed.

This first step in the grand scheme is this mixed-use structure featuring 800 apartments and office space for 4,000 workers with a total of over 2,000,000 square feet as well as 19 giant atrium spaces.

Producing many of the component parts in advance in factories, including entire truss systems, saves time and energy on site and also reduces pollution associated with busy construction sites and cast-on-site concrete. Its builders at BSB estimate a reduction in output of carbon dioxide by 12,000 tons thanks to these techniques as well as other environmental benefits, including a decrease in dust and particulates in the air around the building site. 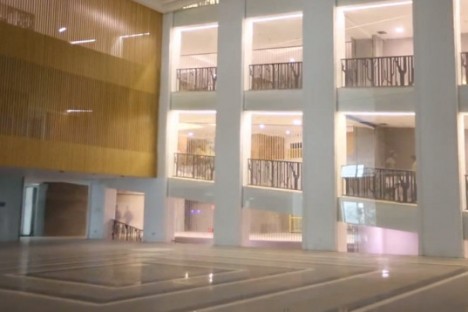 Mini Sky City, as the tower is titled, is to be part of a larger Sky City series of interconnected skyscrapers that will include vertical farming spaces. One of the less-obvious byproducts of building at such speeds: China is able to effectively rapid-prototype urban design experiments at scale, testing novel strategies for vertical interaction and horizontal integration across structures. 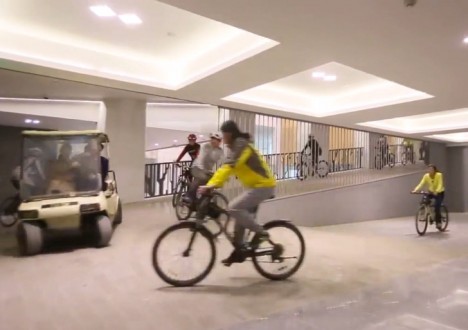 The country recently saw the successful completion of the world’s first 3D-printed apartment complex as well as the rapid creation of 10 houses 3D-printed from scrap materials put together in just one day. 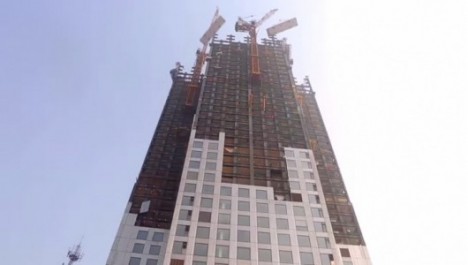 If you have ever driven past a skyscraper in progress day after day, you will know from experience just how fast this assembly really is compared to industry standards around the world – the precision of parts and management of contractors involved would be staggering in a situation with less-tight coordination as well. 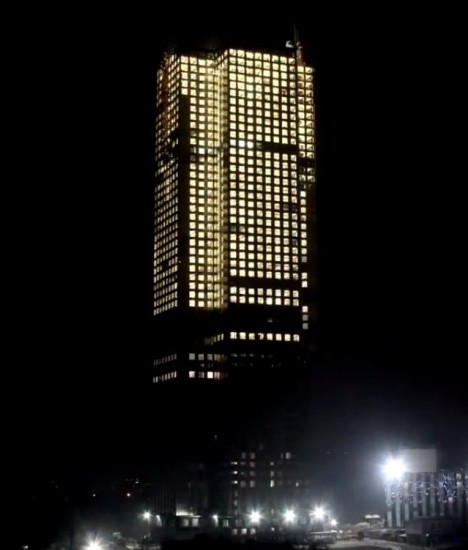 Whether this will all become part of China’s ultimate bust in real estate, the technologies, techniques and principles on display here can and should be studied by architects from around the world.