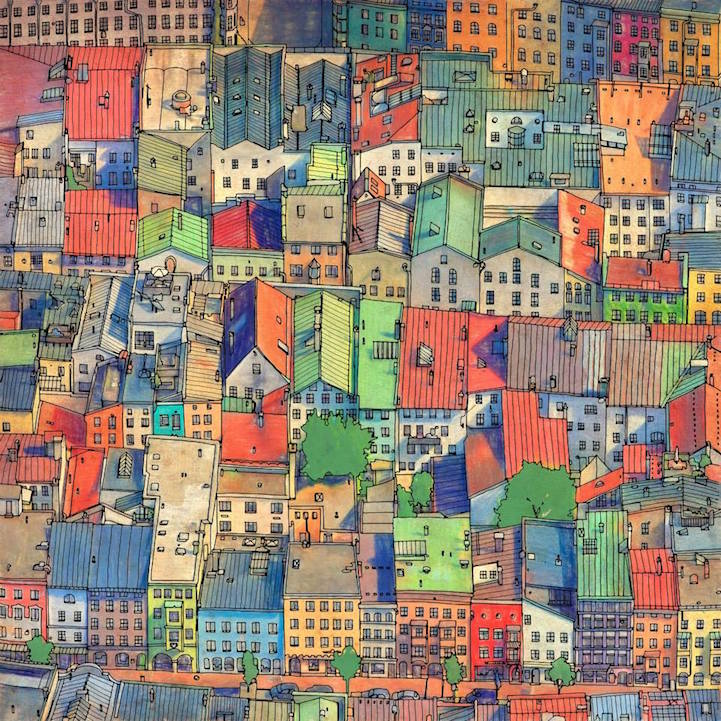 Coloring books are no longer just for kids, as this one designed for adult colorists illustrates in beautiful black and white. Showing urban scenes both real and imagined, these fictional, actual and hybrid views could take hours each for enthusiasts to fill in, and, psychologists argue, may even profit mental health benefits beyond the fun of simply reliving a childhood activity. 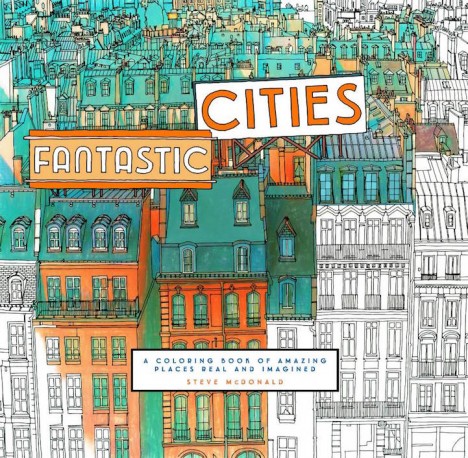 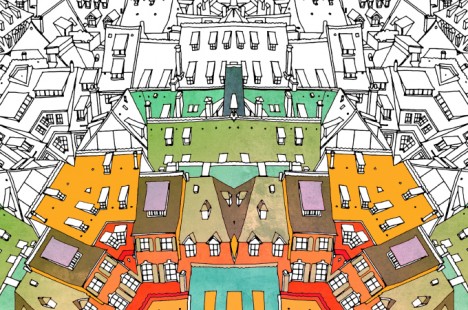 Canadian artist Steve McDonald, the man behind Fantastic Cities, is known for works of a similar style, but these have historically been found in galleries and collections: “small on-site studies that are usually done with pencil/chalk on colored paper and large format studio work which is usually done with pencil & charcoal/chalk with acrylic washes on paper. Steve has also gained a lot of attention for his highly detailed ‘ bird’s eye view ‘ renderings of villages, cities and rural scenes as well as his compositions of machinery and his popular flying vehicle series.” 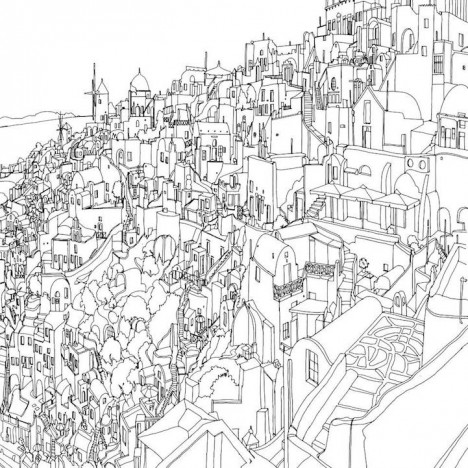 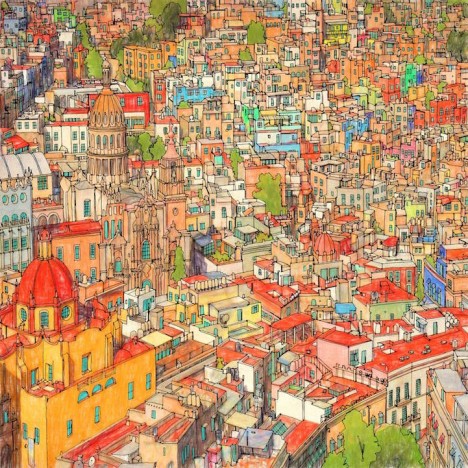 In this book, Steve selected scenes from major cities like New York and San Francisco, providing aerial drawings of real places but also stylized works based on the architectural and urban character of other cities, all with extreme levels of detail that leave readers with much to color. 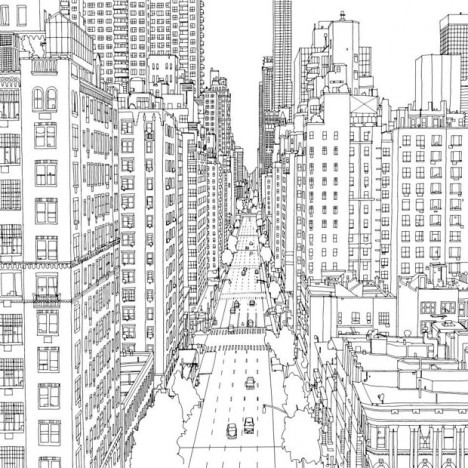 There may even be psychological benefits to coloring: “by engaging multiple parts of the brain, coloring allows us to focus on the lines, movements, and colors in front of us, use our imaginations and be creative, and de-stress.” More about the book: “This unique coloring book features immersive aerial views of real cities from around the world alongside gorgeously illustrated, Inception-like architectural mandalas. Available July 7th from Chronicle Books.” 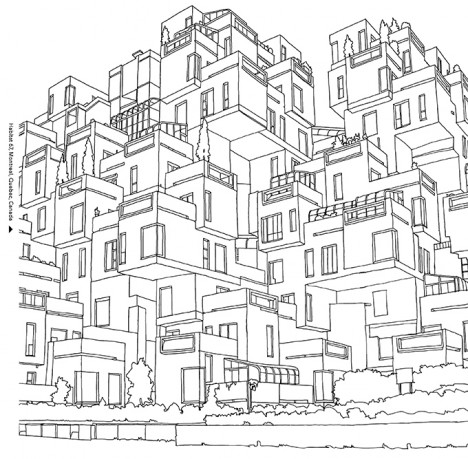 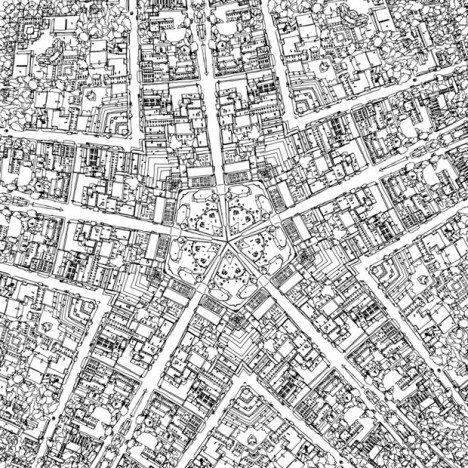 Nor is this an isolated piece – according to the New York Times, “major publishers are seizing on the trend. This year, Little, Brown will release four illustrated coloring books for adults, all subtitled ‘Color Your Way to Calm.’ The books, ‘Splendid Cities’ by the British artists Rosie Goodwin and Alice Chadwick and three titles by the French illustrator Zoé de Las Cases, feature detailed cityscapes with famous landmarks, cafes and street life. Promotional materials for the books emphasize the health benefits of ‘mindful coloring,’ noting that the activity “has been shown to be a stress reliever for adults.”