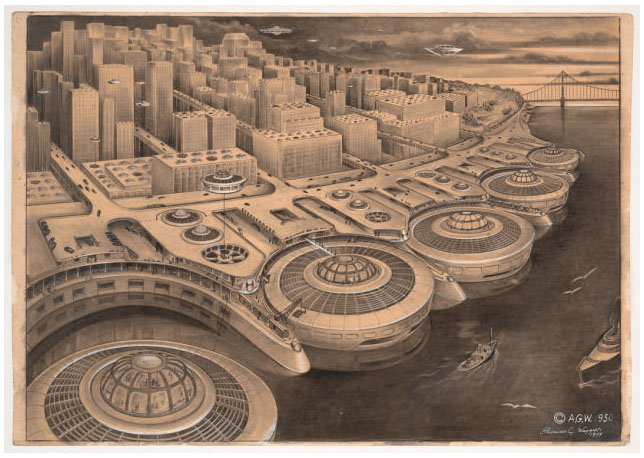 To people of 100 or even 50 years ago, the metropolises of today would look utterly foreign. Our elevated highways, massive airports, high population density and huge skyscrapers would be breathtaking to someone from a far earlier era. But futurists of the past did their best to imagine the world of tomorrow – otherwise known as our today – and came up with some wild imagery. 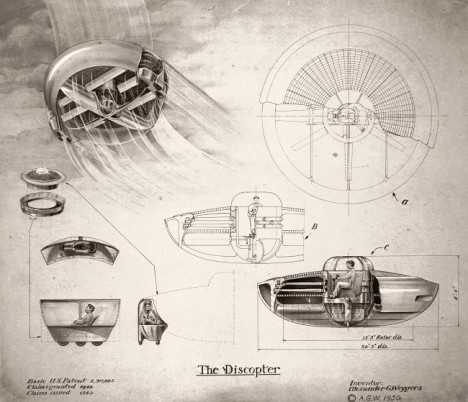 Above (and at top) is ship engineer and inventor Alexander Weygers‘ vision of San Francisco  as he saw it from 1950. The disc-shaped objects near the water are Weygers’ patented flying machine which he dubbed the Discopter. In his visions of future American cities, Weygers imagined large Discopter ports in every city, allowing for safe and convenient travel for the city’s residents. 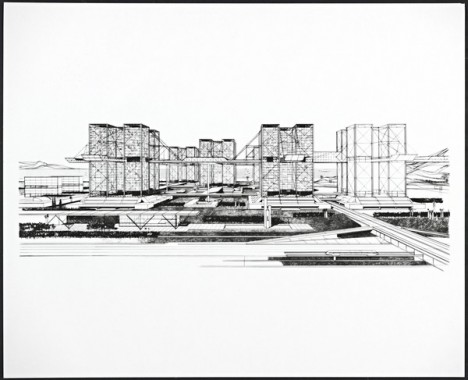 Architect Harlan Georgescu envisioned these sky-high mixed-use buildings becoming an integral part of future downtown Los Angeles. The buildings were meant to be 500 feet tall; Georgescu’s design put living, working, dining, shopping and recreational spaces in each building. Every structure would provide homes for 200 families in the space that would normally only support 12 conventional, ground-level homes. His Sky Lots plan included a suspended freeway running between the buildings – then out to the suburbs – to alleviate some of the city’s terrible traffic problems. 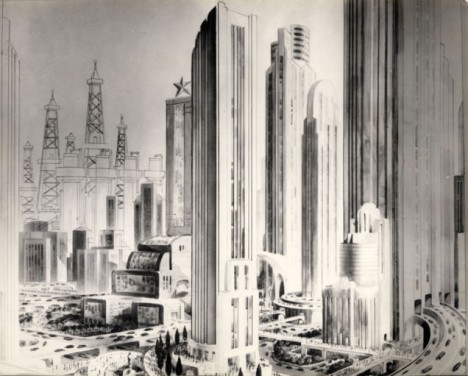 In the 1920s, Houston Post writers took a stab at predicting the city’s skyline in 1980. Note the same type of elevated freeways envisioned for LA, these also leading straight into and through tall buildings. Elevated walkways were also featured in the design, essentially doubling the pedestrian space for Houston residents. Houston did eventually develop a skyline containing plenty of tall, distinctive buildings and elevated roads – it looks like the Houston Post had (mostly) realistic expectations for the future of their city.