Serving a nomadic homeless shanty town known as Nickelsville, the Impossible City project involves a group of a teenagers who are creating not just tiny houses but also solar power stations, composting latrines and a community kitchen. 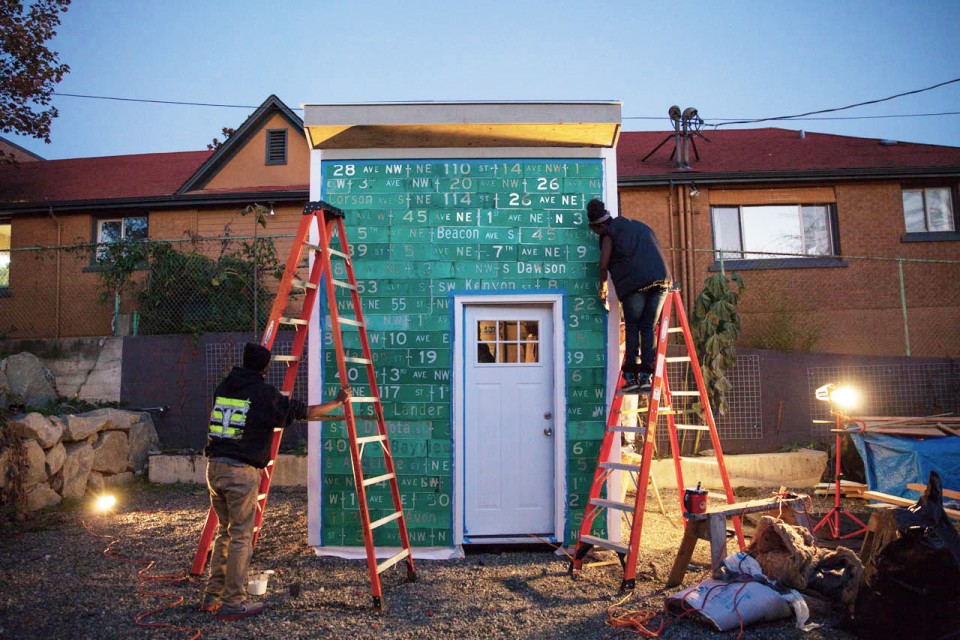 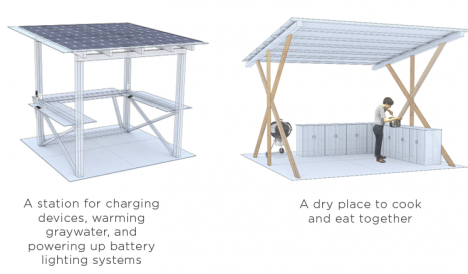 Nickelsville moves from place to place, going where land is available since its residents cannot afford to pay rents. Slowly but surely, thanks to this project, its rickety collection of tarps, tents and donated Home Depot shacks are being replaced by modest but functional shelters. 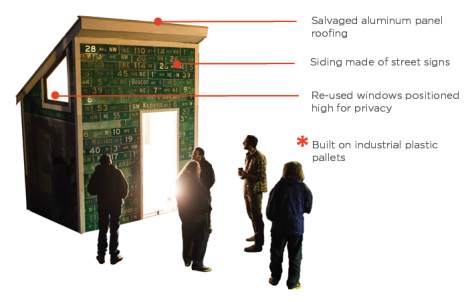 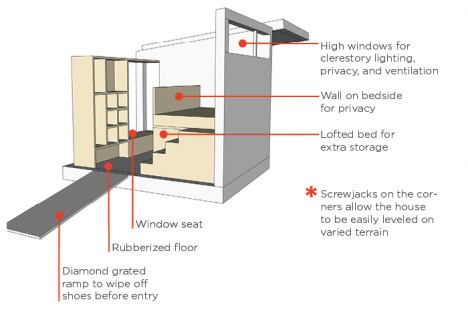 The challenge is non-trivial – the structures need to be somewhat easy to disassemble and move while also meeting city code and basic safety standards. Backing the youth builders is Sawhorse Revolution, an area non-profit that teaches kids how to use tools and build structures. 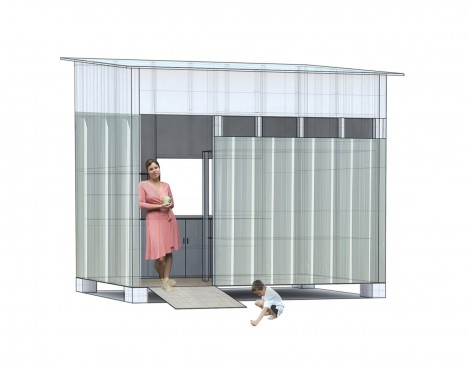 While many institutions, organizations and governments take an all-or-nothing approach, trying and generally failing to get the homeless off the streets, this project attempts to take on the actual situation on the ground, bridging the gap between sleeping on the streets and having a permanent residence.