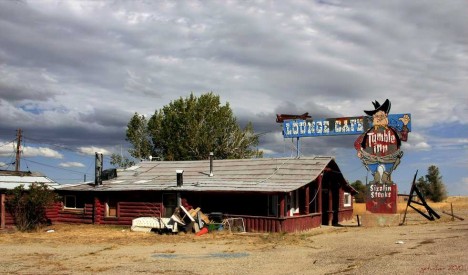 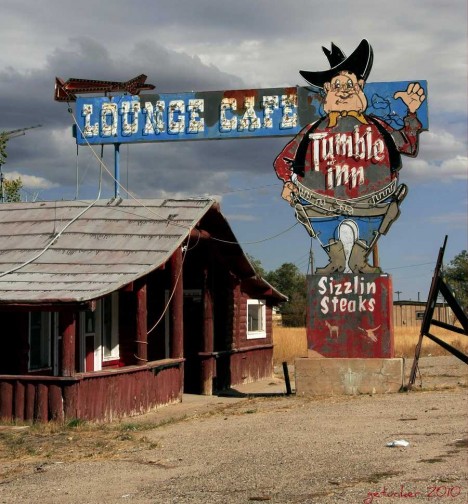 The abandoned Tumble Inn looks more like the Tumble Down, amiright? Flickr user Gary “the Gallopping Geezer” Tucker snapped this gracefully deteriorating Montana landmark on October 4th of 2010. Pity the awesome neon signage no longer works – then again, trying to light the sign would likely result in a heck of a lot of sizzlin’ and we don’t mean from the steaks. 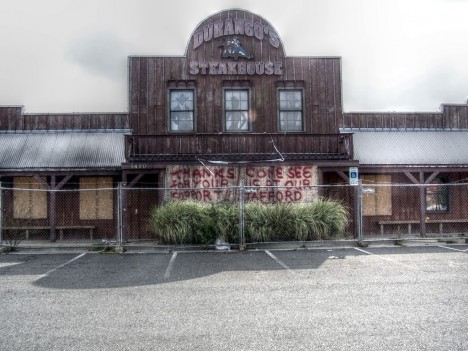 “Thanks for your support…” and if you’d been a bit more supportive, we wouldn’t have had to move to “Tafford”. Kudos to Bill Jones, Jr. of Today, On Earth for posting the above eerie yet evocative HDR image of an ex-Durango’s Steakhouse somewhere in Virginia. 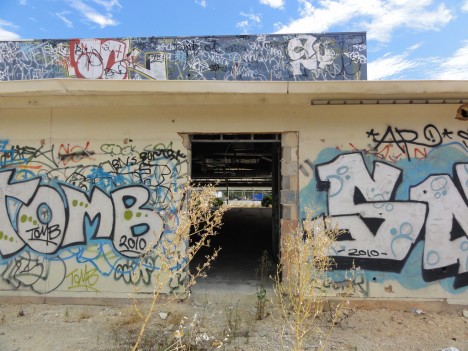 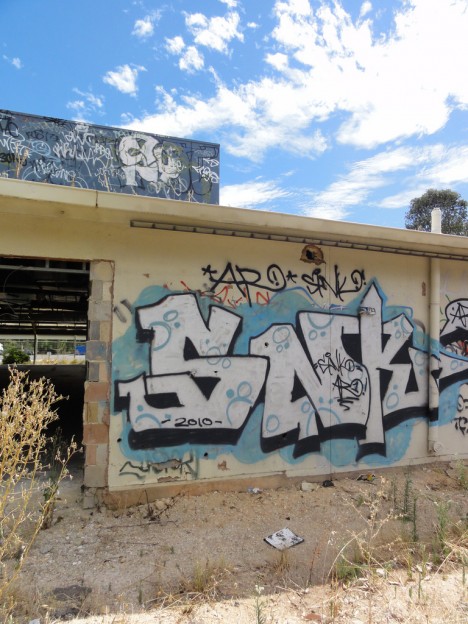 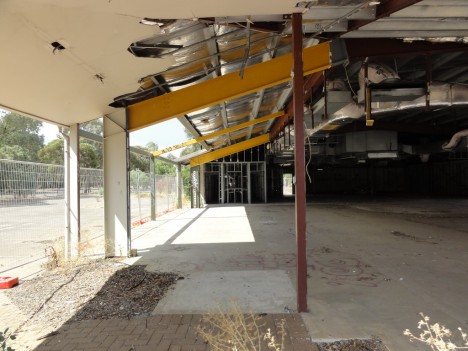 Judging from the abundant graffiti decorating this former Sizzler steakhouse in New South Wales, Australia, the place hasn’t served a scorched T-bone in a LONG time. Credit Flicker user Ryan Smith (RS 1990) with these images taken on February 10th of 2011… and a good thing he did, as the colorful ex-Sizzler was demolished in 2012.