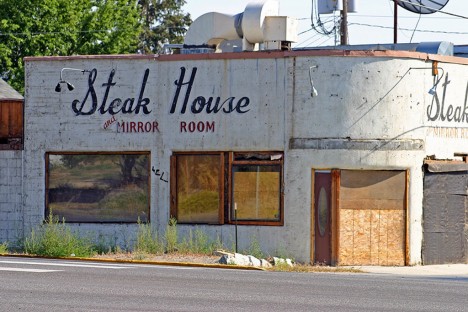 Imagine diving fork-first into a jumbo juicy steak while seated in the culinary equivalent of the Hall of Mirrors from Orson Welles’ gritty 1947 film noir classic The Lady From Shanghai… sans gunfire, of course. No doubt the former Steak House and Mirror Room in Chelan, Washington was hotter than Rita Hayworth back in the day, or at least back before sheets of plywood were applied over its doors and windows. 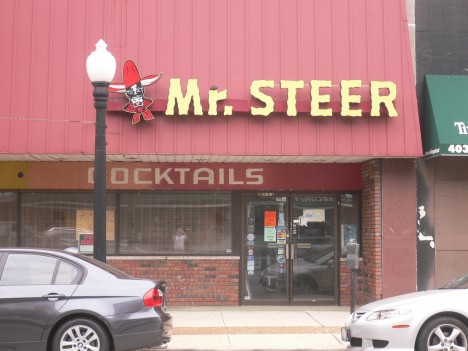 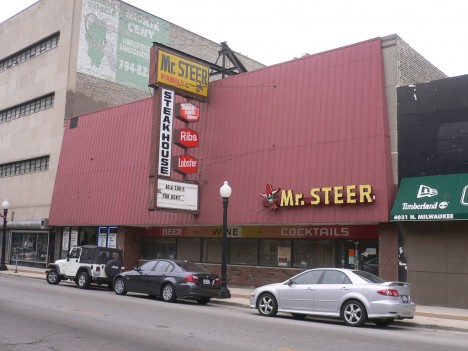 “Mr. Steer had some of the worst food I’ve ever eaten,” states one Yelp commenter, “but I forgave them for their awesome hadn’t-been-updated-since-1966 decor. RIP, Mr. Steer.” Indeed, the custom of enjoying massive meaty megameals for “breakfast, lunch and dinner” went out of style along with the rolling after-work drinks tray and other such Pleasantville-esque perks. 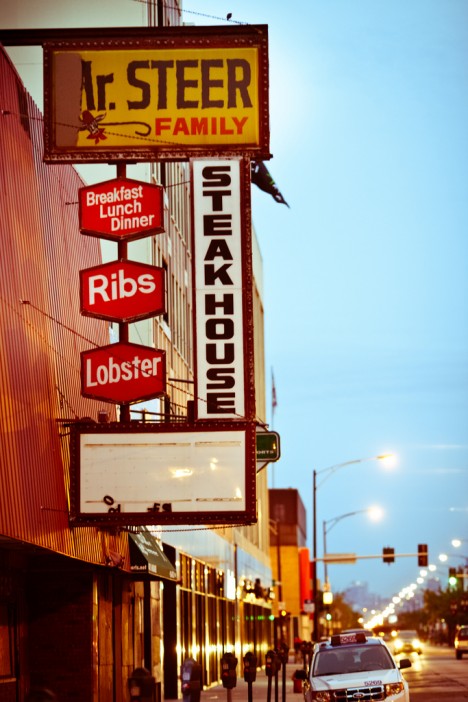 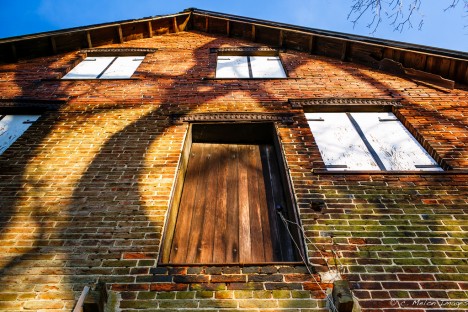 Zombie Steakhouse? So says Flickr user Al BeFranke who managed to get alarmingly close to the well-weathered red brick edifice in February of 2013… and then escaped with brains intact. That’s some entrance door there – not exactly wheelchair accessible, is it? Does it lower like a castle drawbridge? No wonder the nameless place went out of business faster than a vampire with a steak, er, stake through its heart. Mmm, stake…