Our infrastructure may be falling apart but sometimes it falls faster AND according to plan thanks to building implosions – aka, controlled demolition. 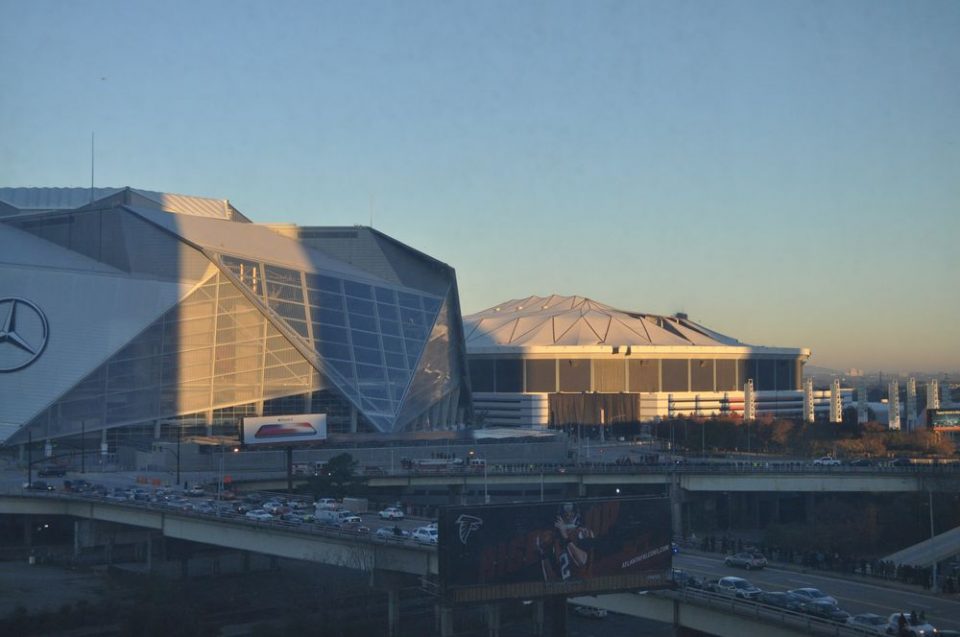 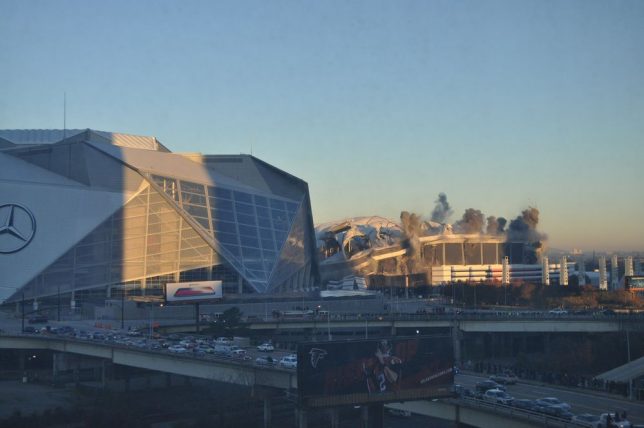 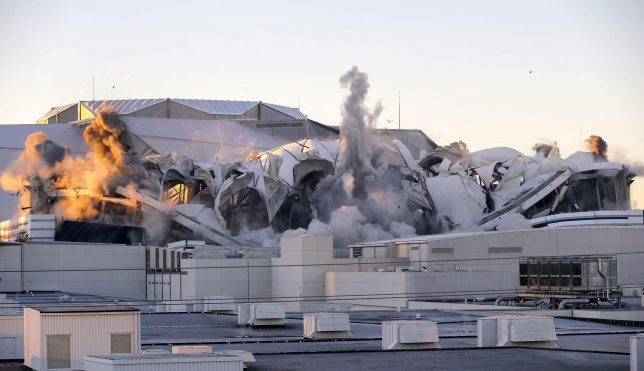 The Georgia Dome in Atlanta, Georgia had a good run as sports stadiums go – it opened in September of 1992 and closed in July of 2017. It took a mere 15 seconds for 5,000 lbs of explosives set by demolition experts to bring it down on November 20th of 2017. A camera team from the Weather Channel set up just across the street, 40 minutes before the scheduled implosion. What could possibly go wrong? 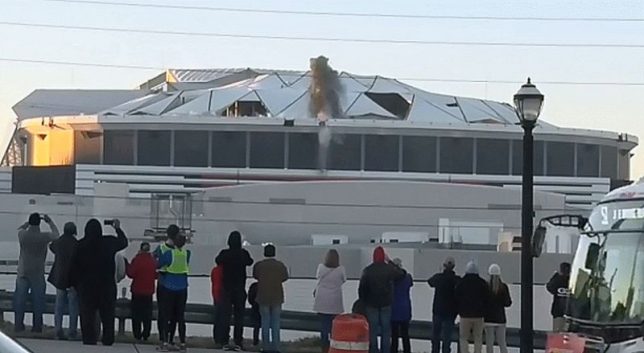 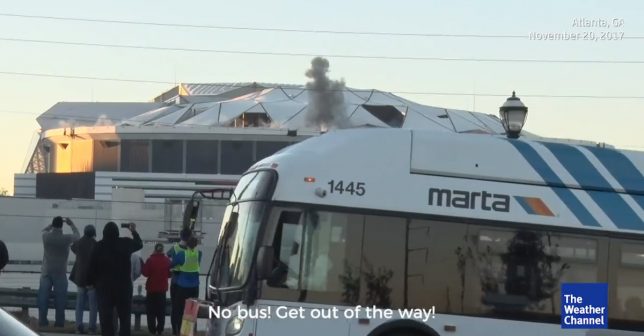 Cue MARTA. While the Metropolitan Atlanta Rapid Transit Authority had canceled train service in the area, buses were running normally. Weather Channel cameraman Jason Rudge wasn’t aware of that, however, and was understandably upset when a MARTA bus pulled up and photo-bombed his shot. 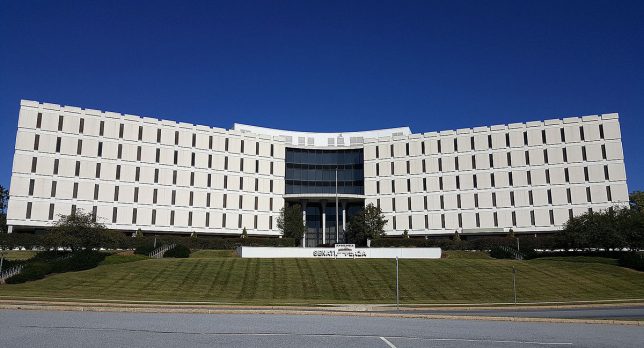 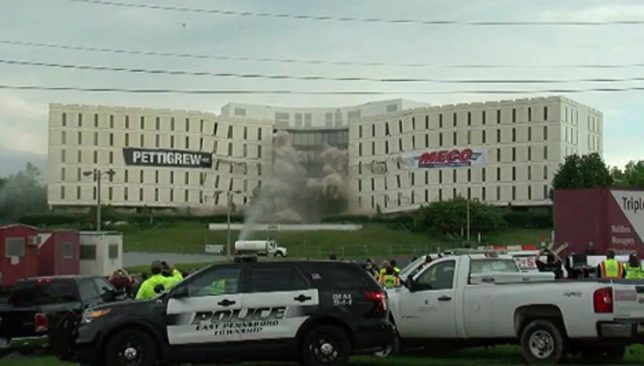 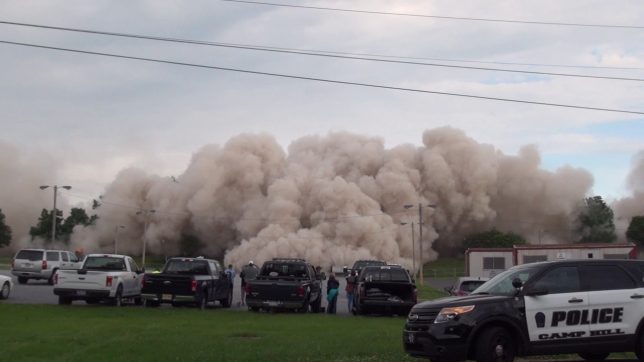 Implode the Senate? You’ve got our vote! Oh, wait, that’s the Senate Plaza building in Camp Hill, PA. So close… anyway, the 6-story former headquarters of Pennsylvania Blue Cross/Blue Shield opened in 1976 and was demolished on May 27th of 2017. A drone video from PennLive.com gives a bird’s eye view of the spectacular demolition… and cleverly avoids any chance of a bus-block. 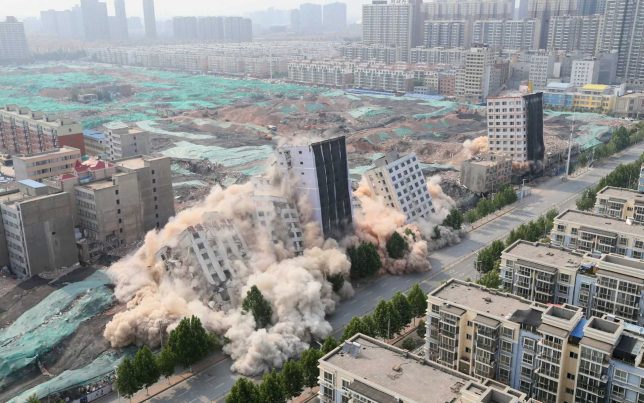 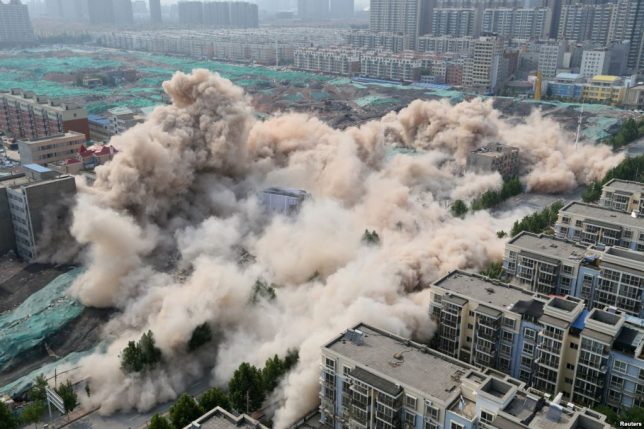 China has become the world leader in large-scale building demolitions but the June 2017 implosion of 36 buildings in Chenzhai, Zhengzhou was the largest ever recorded. It took about 20 seconds and approximately 2.5 tons of dynamite to bring down the three dozen condemned highrises in clusters. This video from YouTube member Max 5 showcases the sound and vision of the awe-inspiring event. 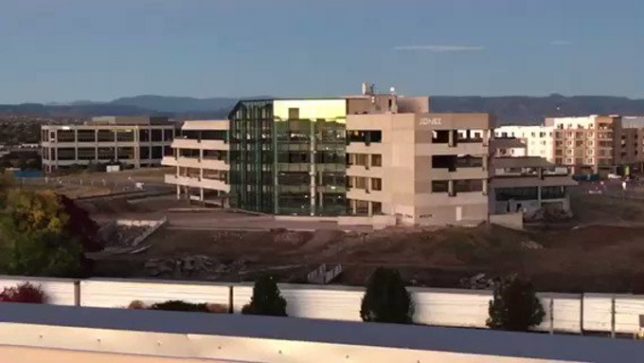 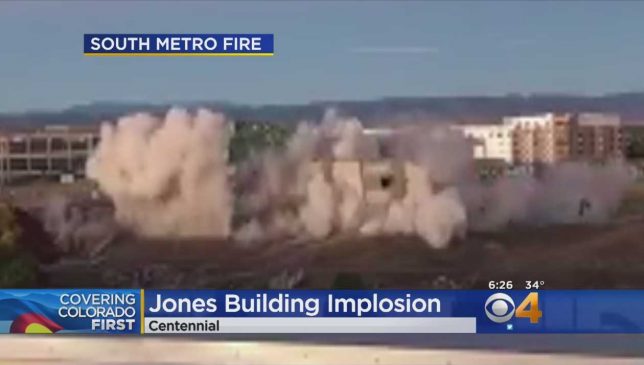 Residents of Centennial, CO woke up with a bang on the morning of October 8th, 2017 when South Metro Fire Rescue brought down the Jones Building. The former headquarters of Jones International Ltd. was built in 1984 and is to be replaced by a hotel, offices, luxury apartments and retail spaces.