Smokers gonna smoke, even if the decades-old War Against Cigarettes has exiled the persecuted puffers to outdoor shelters where no one wants to linger. 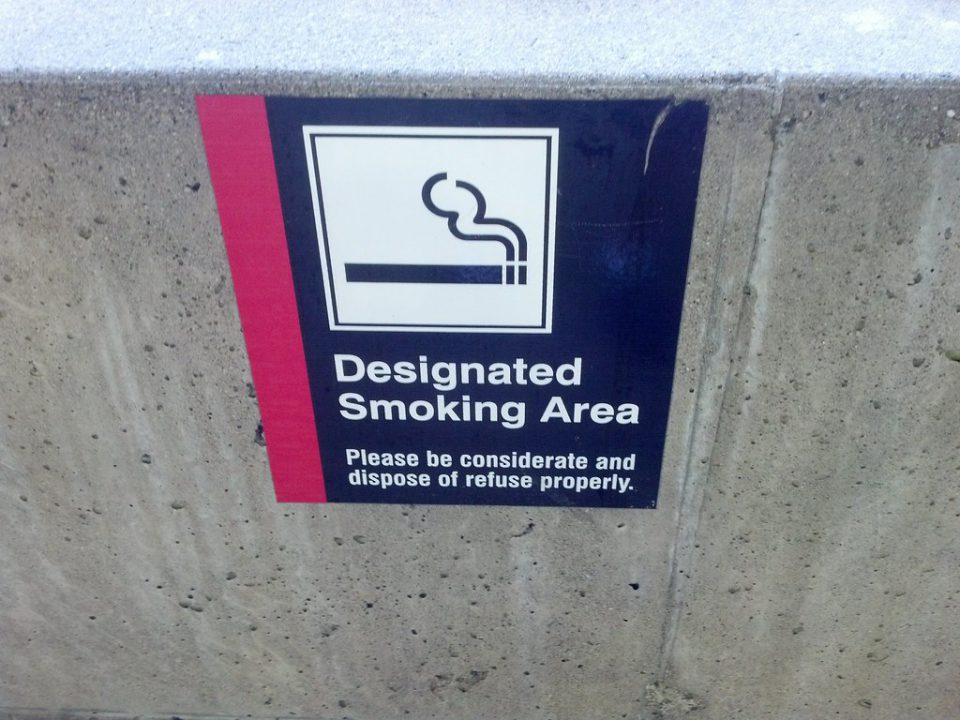 Someone oughta point out how disturbingly inappropriate it is to display a “SKYJACK” company logo at Boston’s Logan Airport… just don’t mention it when you’re lined up at Security. That said, this rather passive-aggressively designed “Designated Smoking Area” ironically demands users be considerate with their refuse, while the design reflects a bare minimum of consideration for smokers’ comfort and privacy. Flickr member Wil C. Fry snapped the bare-bones smoking shelter in late June of 2014. 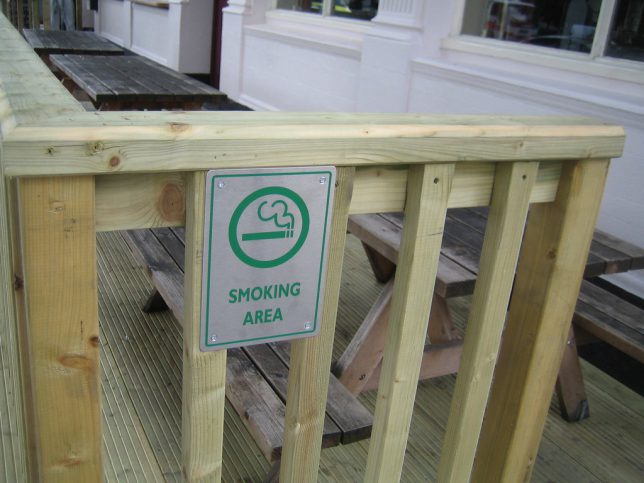 Contrast Logan Airport’s glorified bus stop with the much more welcoming set-up above. You’d thing they WANT smokers to stick around… and you would be correct, because the Smoking Area above is an extension of a British pub. Comfort is a relative thing, however, and one wonders how these open-air nicotine nooks will fare over the average inclement English winter… and spring, summer and fall. Flickr member Gordon Joly took the photo above outside a pub in Westferry, London, in July of 2007. 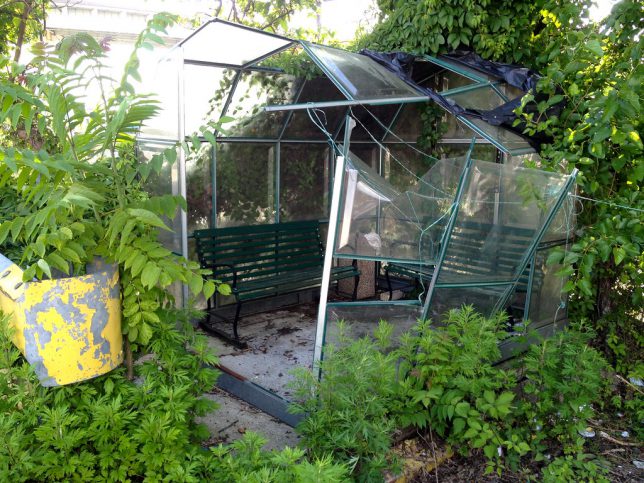 This abandoned, overgrown and partially-collapsed smoking shelter in Sunnyside, NY appears to have been erected on a roadside – if that’s indeed the end of a yellow guard rail we spy just outside the entrance. We’re not sure why anyone would use this shelter other than to take cover from a sudden storm, which may partly explain why it’s in such a neglected state… of repair, not of the Union. Flickr member Jason Eppink stopped by for a snapshot in June of 2013. 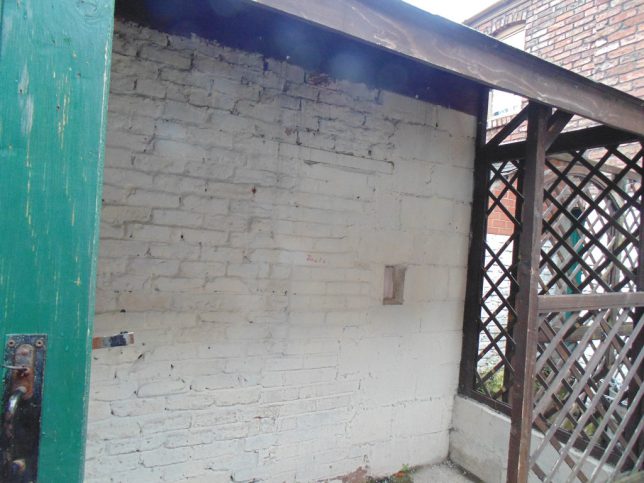 The long-running (since December of 1960) British TV soap Coronation Street has long-featured scenes shot in the smoking shelter above, proving that even the venerable Rovers Return Inn’s gotta follow the law of the land. When Flickr member Mikey visited the “Corrie” set in Manchester in late August of 2014, he made a point of sneaking ’round the back of the pub to check out – and likely test out – this most famous of smoking shelters. 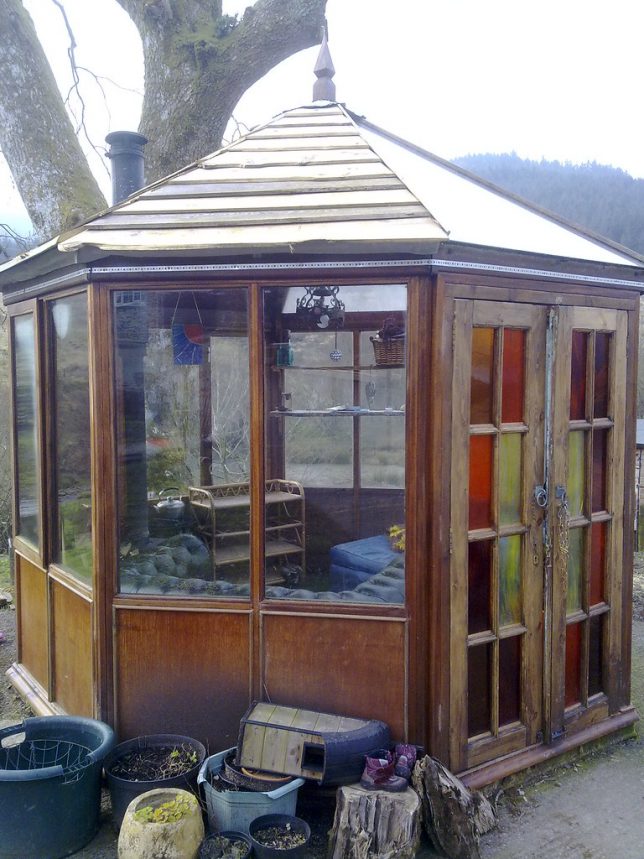 Smoking may be tightly regulated nowadays but smoking shelter design remains remarkably rule-free. Thus, for every miserable minimalist lean-to there’ll be a sumptuously furnished sanctuary like the hexagonal hut above. Flickr member Permacultural photographed this ornate refuge in March of 2012 while visiting the Artist’s Valley in Furnace, Wales. No doubt one might be tempted to take up smoking just to enjoy the rustic roost’s cloying creature comforts!