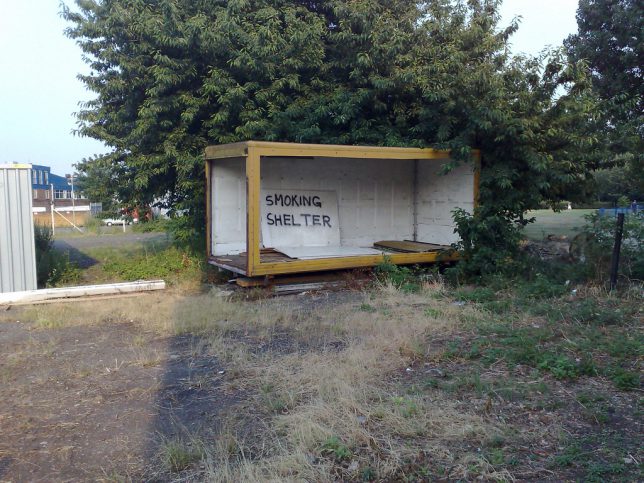 “If anything were ever going to make anyone quit smoking, it would be the thought of having to go to this monstrosity around the back of a local factory!”, stated photographer and Flickr member marcus_jb1973 in early July of 2009. Could it be, being that the factory managers would prefer that employees NOT be nipping off for yet another smoking break, that someone’s got an ulterior motive? Here’s the smoking gun, er, shelter. 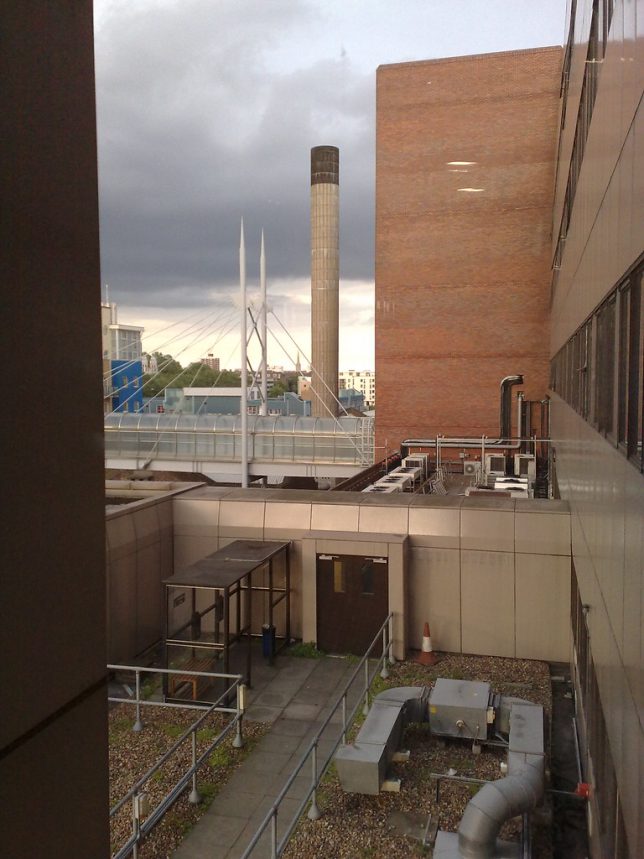 Let’s not slam all bosses, many of whom smoke themselves (though their executive “shelters” are likely a tad posher). The bus-stop-like smoking shelter above was built on the roof of the News International factory in Wapping, Whitechapel, London. OK, so maybe the view’s nothing to write home about but at least someone’s installed a slatted-wood bench so smokers can rest their butts before flicking ’em… into that convenient free-standing ashtray. Flickr member baddogdown captured the scene in June of 2008. 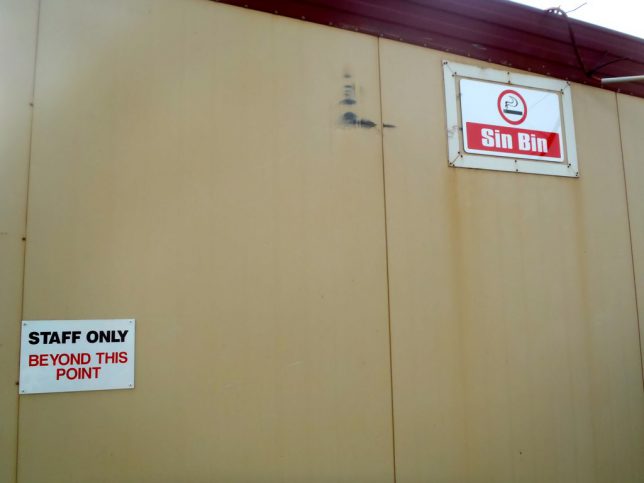 We’re pretty sure this is a smoking shelter – as neither we nor Flickr member NT SNAPS are “staff”, it’s only an educated guess. That said, anyone – staff or not – would be more than happy to believe smoking is the worst “sin” being committed inside this rather secretive shelter. 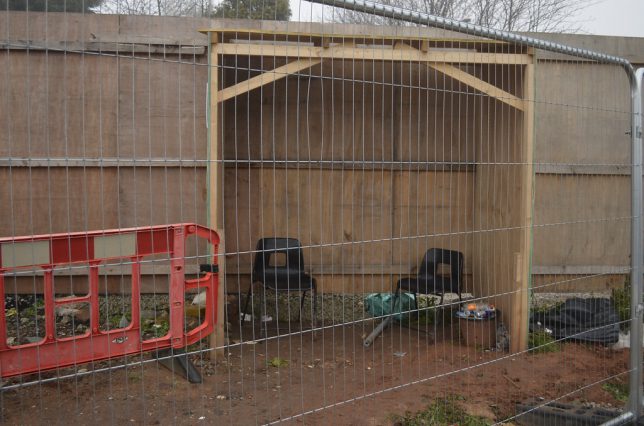 “Ramshackle” doesn’t begin to describe this slapdash (a slightly better word) smoker’s shelter at a building site in Warrington, UK. At least a couple of uncomfortable-looking chairs have been added to complement the overflowing trash receptacle. Good thing there isn’t any flammable material (wood, for example) in the vicinity or someone might have to put up a “No Smoking” sign… oh. Flickr member Wendy Mann photo-documented the uniquely disdainful and wholly unapologetic way smokers are screened-off from the rest of society, in early February of 2015. 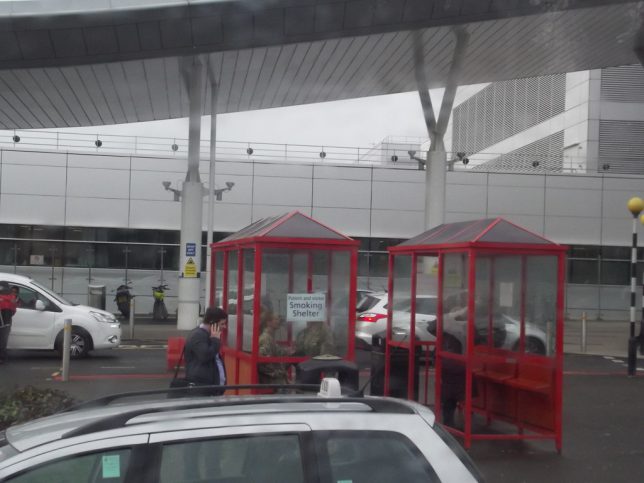 Thankfully it’s not all that bad, all of the time, for smokers seeking shelter from the storm of self-righteous finger-pointing. This pair of “Patient and Visitor” smoking shelters outside the Queen Elizabeth Hospital in Birmingham, UK show at least some effort has been made by the hospital to be more er, hospitable. We’re not sure if the soldiers puffing away inside are patients or visitors (or both) but either way, kudos to Flickr member Elliott Brown for lightening up (or should that be “lighting up”) the vibe in early January of 2014.