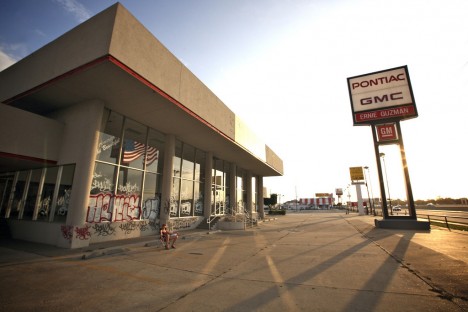 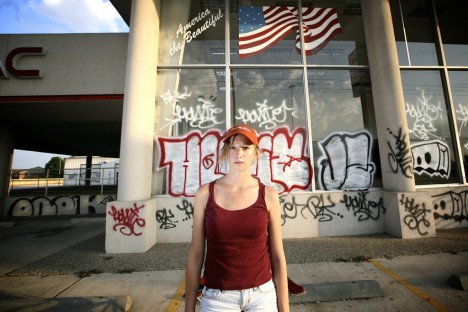 Flickr user Ed Schipul (eschipul) brings us the eerily abandoned Ernie Guzman GMC-Pontiac dealership in Houston which, according to Schipul, “disappeared on March 6, 2009 without explanation.” Ernie too, presumably. Four months later, the ex-dealership sports a modicum of graffiti but the showroom’s expansive picture windows are (or were) still intact.

Not Getting Any Kicks 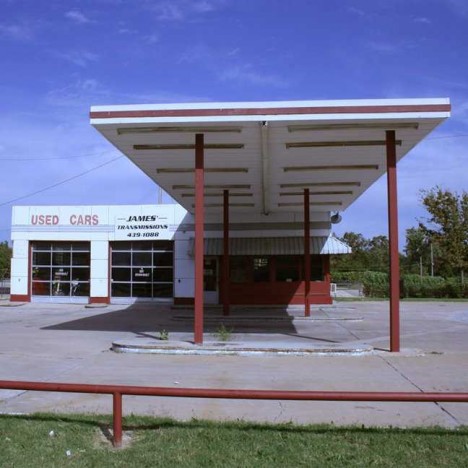 This slightly ominous image of an abandoned used car dealer in Tulsa, Oklahoma comes to us via Robert Mars’ Ghosts Of The Great Highway site. That highway would be Route 66, of course, where you’ll find an abundance of abandoned gas stations, motels, car dealerships and other auto-related businesses that withered and died once historic Route 66 was supplanted by modern interstate highways. 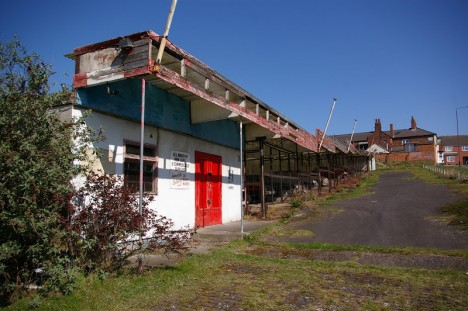 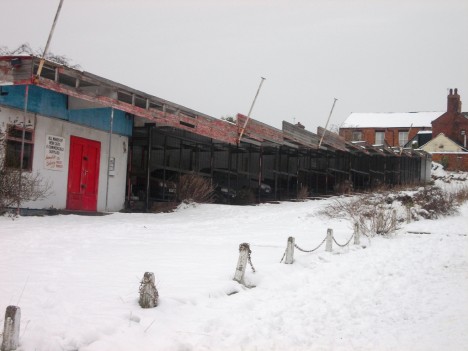 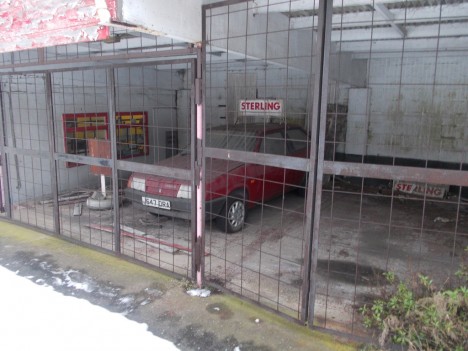 According to Flickr user Dave K, who visited the former Cappy Hill Auto Sales location in Church Gresley, South Derbyshire, UK in January of 2013, “this place has been deserted since 2002… and the light in the main office has never been switched off.” That’s a red 1991 Lada Samara 1300GL “caged” out back… better not tell Putin. 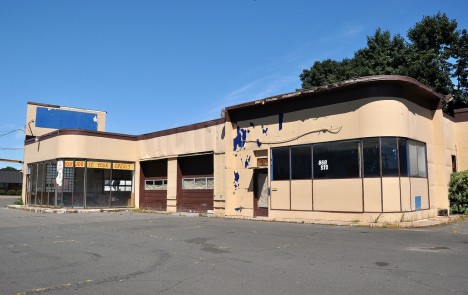 Flickr user MJBarnes snapped the abandoned and rapidly deteriorating Family Auto of Manchester on a sunny late August day in 2013. The only families shopping for cars there now are zombie families. 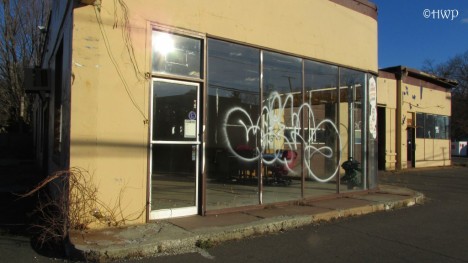 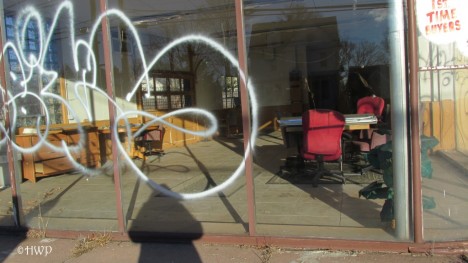 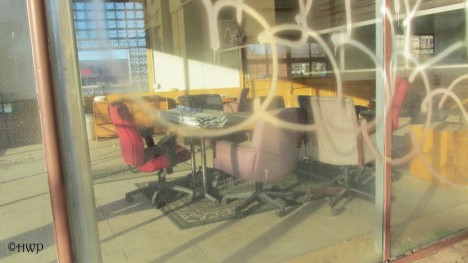 “From what we could find in our research,” states Sean L of Abandoned Wonders, “the place was not very well liked by its customers. We found one scathing review on Google Plus condemning the dealership for its unprofessionalism, poor service, and disrespect for its female customers.” So, car dealer finds karma. 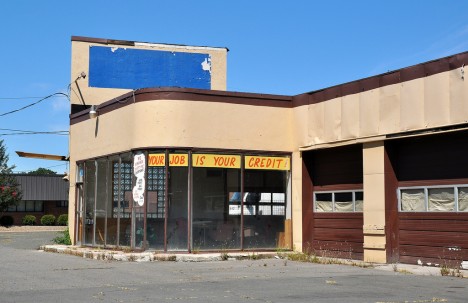 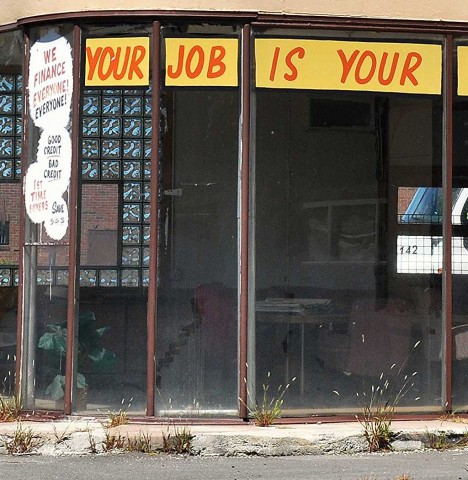 “We Finance Everyone! Everyone!” states the faded ad copy on the front windows. Well, that’s their problem right there.