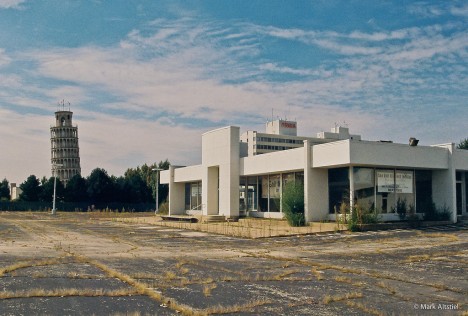 The historic (well, kind of) Leaning Tower of Niles serves as an elegant backdrop to this abandoned car dealership in Niles, Illinois. Sucks to be you, Frasier. 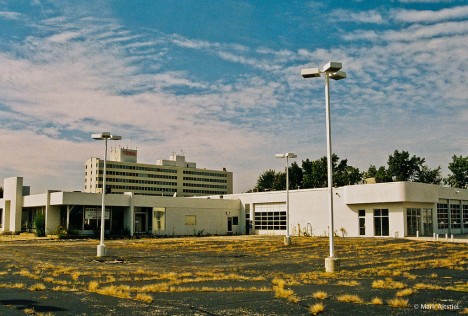 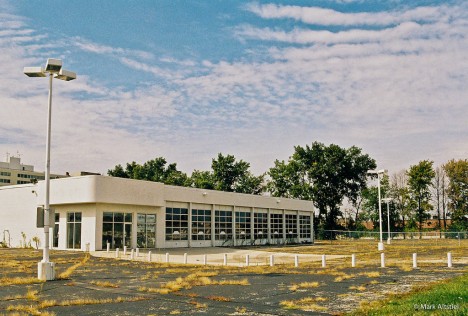 Flickr user MA1216 captured this curious conjunction of architecture on September 19th, 2013, and used a modicum of photo-processing tricks & hacks to bring out the scenes’ essential beauty and timeless atmosphere. 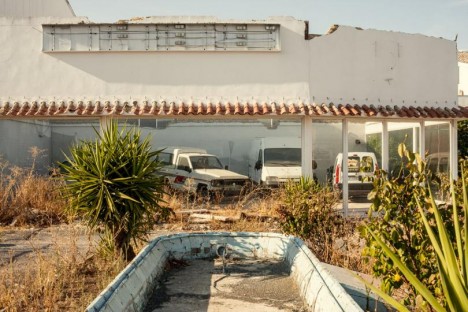 Photographed in 2009 by Carlos Spottorno of Cronica21, the above former Spanish car dealership has been abandoned “for a long time” along with several of its unsold mobile wares. No telling if one of them’s a Chevy NoVa.

Flickr user Joseph Hoehn captured this silent yet still shrill abandoned auto dealer in Laconia, New Hampshire on August 15th of 2010. Amazing how it took the Obama Administration a mere year & a half to drive this formerly thriving car dealership into the ground. Speed kills? 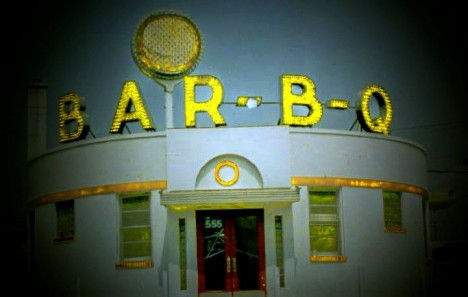 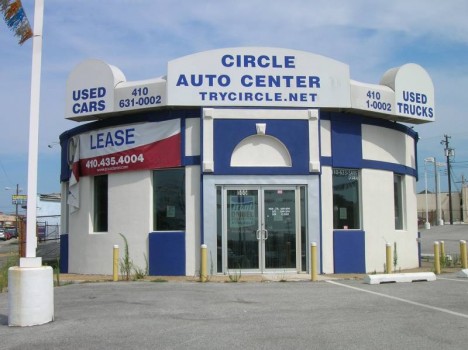 The former Circle Bar-B-Q on Baltimore’s Dundalk Ave opened in 1947 and its signage featured a huge, rotating hamburger on a 30-ft tall pole. Sometime after the owner sold the place in the late 1990s it re-opened as an ice cream parlor and then, in 2008, became a used car and truck dealership. The depths of the Subprime Recession wasn’t an economically opportune era, however, and today the Circle Auto Center is toast.