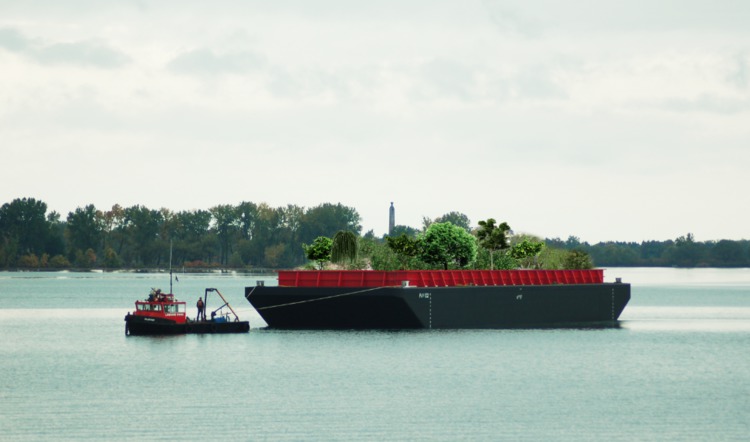 A food barge full of fruits and vegetables is coming to the waterways of the Big Apple this summer, stopping at scheduled increments to let people pick produce as it passes from one dock to the next. 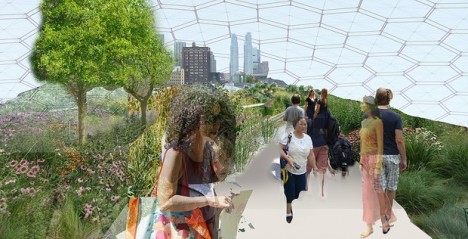 Depending on where you live in New York City, finding a grocery store with fresh food is not always easy. The Swale project, set to launch in June on an 80-foot-long barge, will bring everything from blueberries to chard to people who want to partake.

In some cities with serious food desert problems, including Philadelphia and Baltimore, food forestry has already taken root. In Seattle, the seven-acre Beacon Food Forest is maintained by community volunteers and open to anyone who wants to grab something off a branch or vine. 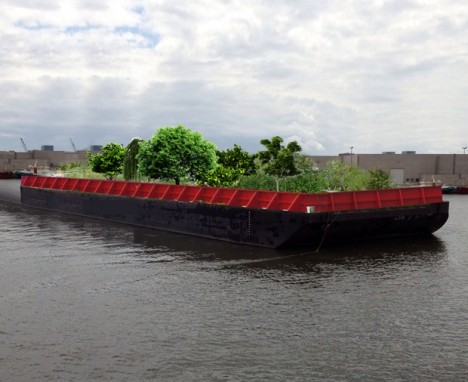 According to the project leader of Swale, New York ordinances prevent foraging for food on public land (such as parks), making similar projects in NYC impossible to launch, except on the water, of course. “We want to show that healthy, fresh food can be a free public service,” says Mary Mattingly, “not just an expensive commodity, and something that for not much work and effort, a city could supply.” 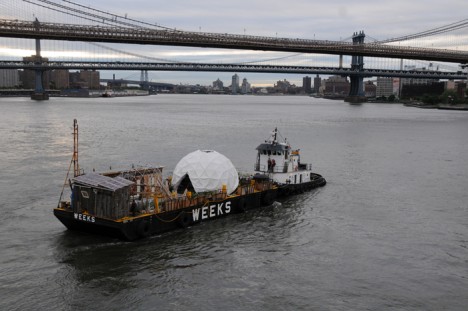 The project grew out of another of her adventurous works dubbed the Waterpod, in which she and some fellow artists lived self-sufficiently on the water for six months, growing their own food. 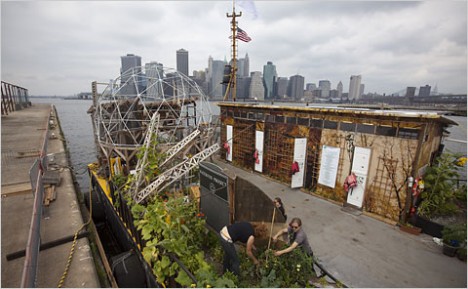 More about the current Swale project: “Swale, a collaborative floating food project, is dedicated to rethinking and challenging New York City’s connection to our environment. Built on an 80-foot by 30-foot floating platform, Swale contains an edible forest garden. Functioning as both a sculpture and a tool, Swale provides free healthy food at the intersection of public art and service. With Swale, we want to reinforce water as a commons, and work towards fresh food as a commons too.”