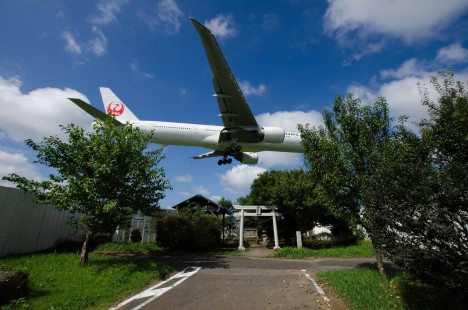 The fight over the Narita International Airport is one of the longer-running stories of real estate holdout – and possibly the saddest. The Japanese government unveiled plans in 1966 to build a three-runway international airport; after residents in several other communities protested the airport being built in their backyards, the project was moved to Narita with little warning. The area is mostly farmland, and the project called for buying out around 1200 farmers to obtain their land. 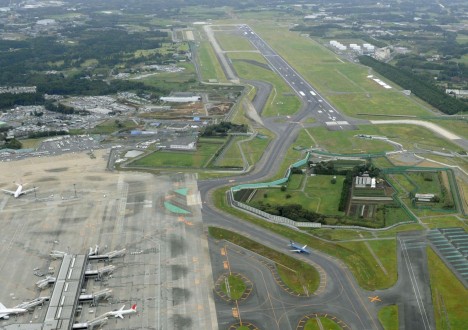 As you might expect, many farmers were reluctant to give up their homes and, in some cases, their ancestral family land. Some sold out quickly, but many stood their ground and refused to be displaced. The battle over eminent domain sadly turned violent – government officials began removing landowners using harassment, trickery, and, at times, police force. By the time the airport opened in 1978 (with a single runway instead of the planned two), 13 people had died in clashes between the government and residents. 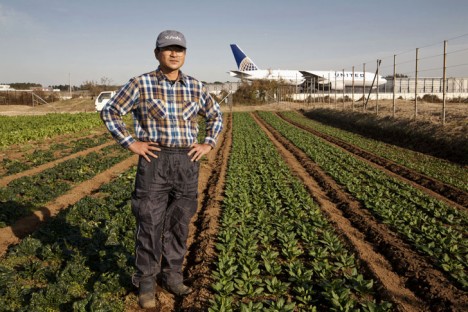 In the decades since the airport’s opening, more farmers have agreed to move on and the airport has built a second runway, though it’s quite a bit smaller than originally planned. The shortened runway is thanks to several landowners who have remained steadfast in their desire to keep their lands and homes – even when “home” is now polluted with extreme noise, jet plane vibrations, and the odors of fuel and exhaust.

The Farm that Moved the M62: West Yorkshire, England 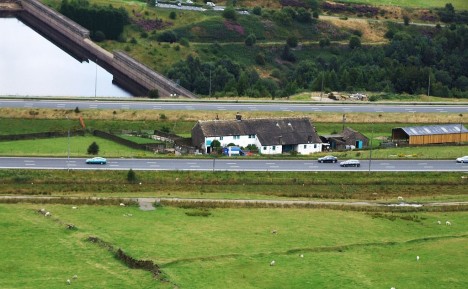 The little jewelry store isn’t the only tale of English resolve. One of the most widely recognizable landmarks on the M62 between Windy Hill and Deanhead is Stott Hall Farm, a small farm property which rests squarely between the eastbound and westbound strips of the motorway. 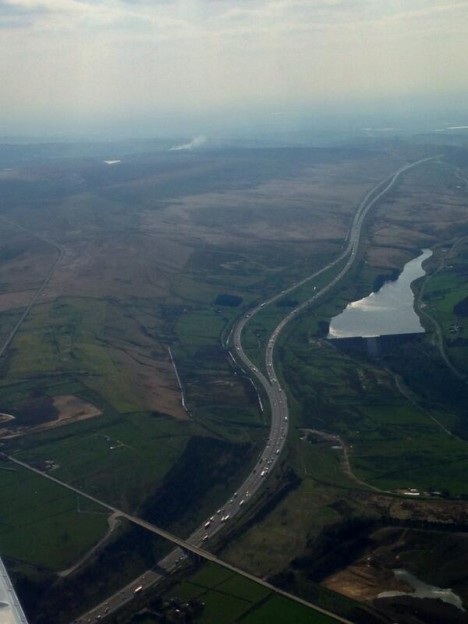 The official story is that the M62, built in stages in the 1970s, had to separate and curve around the Stott Hall Farm property due to the site’s geology. But the rest of the country isn’t so sure. The farm had been in operation since the 18th century, and locals report that the motorway was forced to swerve around it in an unzipped-zipper fashion because the owners refused to sell. 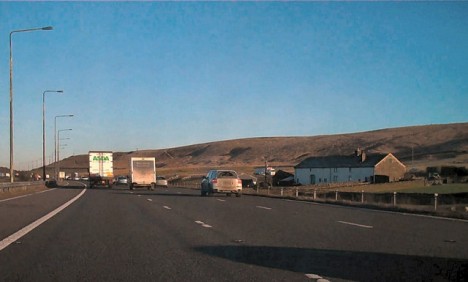 Whichever version of the story is true, Stott Hall Farm seems to put a smile on the faces of passers-by. This is not only because of its unique location in the middle of a busy motorway; it’s because it seems to represent the victory of the common farmer over the deep-pocketed government.

Down in a Hole: Yichang, Hubei Province, China 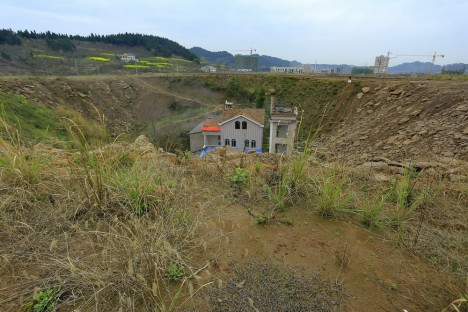 Barely peeking out above the walls of a deep pit is the three-story Yang family home in Yichang, China. Developers came to the neighborhood in 2012 to build a high-tech park, but Mr. Yang and and the developers could not reach an agreement on a relocation compensation amount. The family stayed put, and construction continued around them. 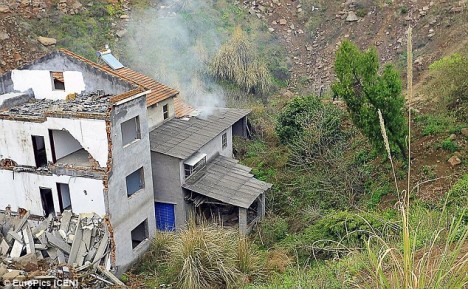 The construction saw the land all around the home rise taller and taller, effectively blocking the Yang family into a small pit. In true villain fashion, the developer cut off water and electricity services to the family’s home; local authorities have been unwilling or unable to get the utility service restored since the fight began in 2012. 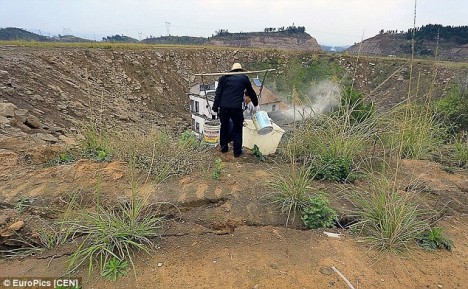 The family moved out briefly into a rental home when Mr. Yang’s daughter-in-law gave birth, but lack of financial resources forced them to move back into the pit. They now walk more than a kilometer to fetch drinking water from a river, and they rely on candles for illumination at night. 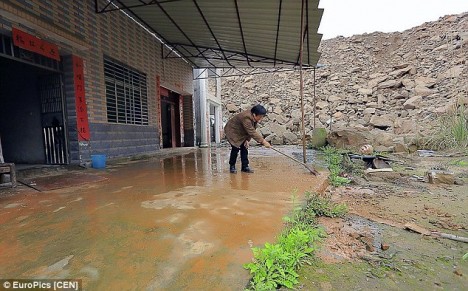 But the lack of utility service isn’t even the most troubling part of this story. The Yang home is in immediate danger from flooding, landslides, and land instability caused by the construction. Cracks have appeared in the house and the family fears that one severe downpour could spell disaster for their home.