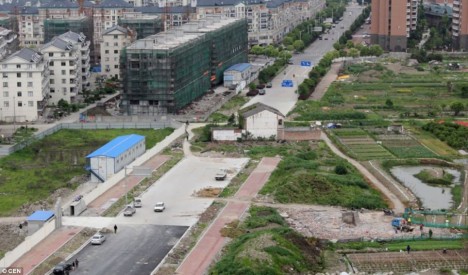 Developers in Taizhou wanted to build a new major roadway through the town in 2012, which was initially fine with resident Hong Chunqin and her husband Kung. The couple accepted a payment roughly equivalent to $12,000 to vacate their property. But when construction on the road began, the couple changed their minds, gave the money back, and informed the developers that they would not be moving. 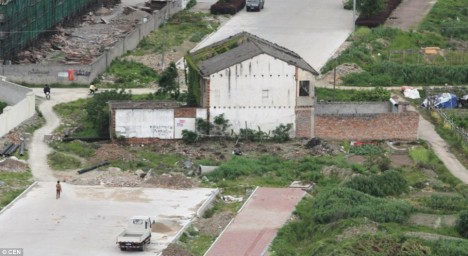 The road was simply built around the house, although anyone driving up to the site would be more than a little confused as to how they should get around the two buildings on the site. A very small path – large enough for one vehicle – winds around a side of the home before the large roadway continues. The couple fears that their home will be knocked down illegally by the developers, so they have installed CCTV cameras to keep themselves safe. 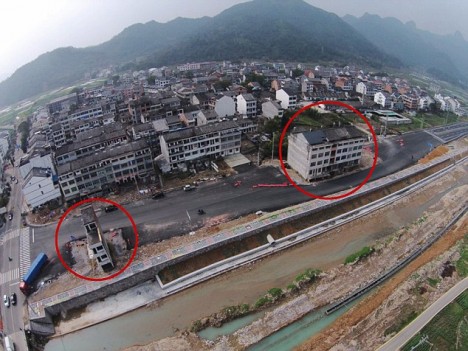 The term “nail house” originated in China as a descriptive term for households which refuse to make way for construction projects – the homes are like stubborn nails that can’t be pulled out or hammered down. This description is especially apt for these two apartment buildings in Yongjia. 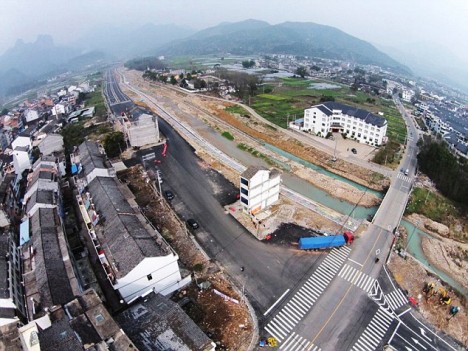 Developers planned a four-lane, ten-mile highway project to connect the city with 19 surrounding villages. Work on the project began in 2011, and most households in the area accepted the relocation compensation offered by the developers and moved away. But 10 families refused, saying that the compensation was unfair for the amount of inconvenience moving would cause in their lives. 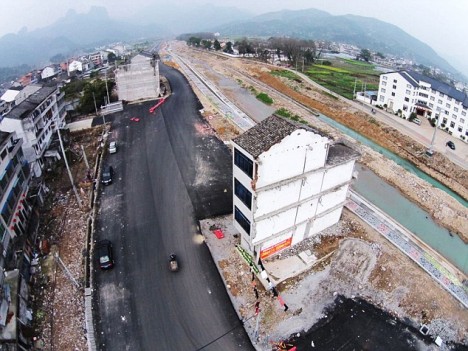 In early 2015, after four years of failed negotiations, the developers decided to go ahead with the project regardless of the two still-standing buildings. They built the highway around the apartment blocks in a bizarre swerving shape. Drivers who use the highway aren’t pleased with the setup. They say it’s dangerous, which is a sentiment we’re pretty sure the residents of those buildings share. 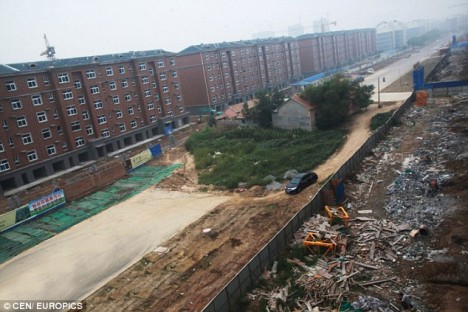 A similar story unfolded elsewhere in China in 2014. It’s a familiar scenario: developers planned a motorway through a town, so most of the residents took the compensation offered and moved elsewhere. But a lone holdout, septuagenarian Ye Tan, decided that the compensation was simply not enough. So he and his wife refused to sell their farm, and there they stayed. 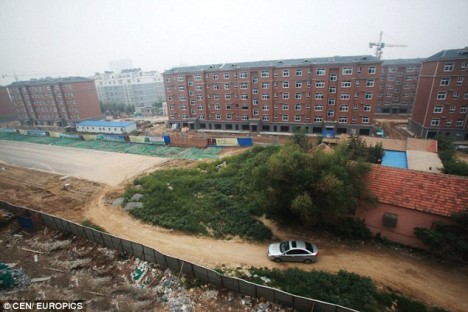 The impatient developers refused to offer more money or to miss their construction deadline, so they took a baffling approach to the problem: they built the motorway with the farm directly blocking a section of it. A small dirt path snakes around one side of the farm to allow small vehicles to pass through, but trucks simply have to find a different route. And forget about two cars trying to drive over the trail at the same time. 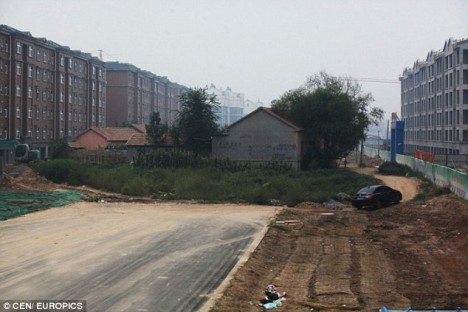 As much as we root for the little guy standing up to greedy developers, this holdout has created quite a dangerous and confusing situation. GPS guides don’t show the highway interruption, so drivers are completely blindsided when they travel the highway and find it blocked by a working farm occupied by a couple, a goat, and several chickens. According to the local council, they aren’t able to offer any more money for the property for fear that they will set a precedent for other landowners holding out for fatter payments. 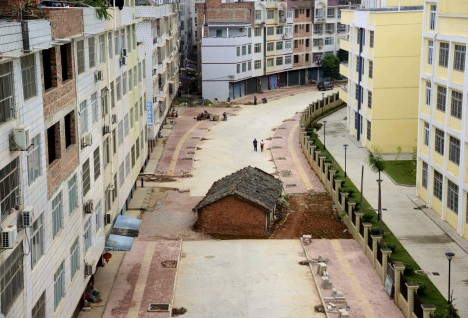 Developers often use pushy tactics to try to get homeowners to move, but China’s laws prevent them from knocking down homes without an explicit agreement from the homeowners. This, coupled with China’s rapidly expanding urban areas, means that nail houses can appear anywhere – even in the middle of a street in a newly-built residential area. The owners of this home decided that they were not offered enough compensation for their displacement, so they chose to remain there even after everyone else had left. The house now sits directly in the middle of the street with tall apartment blocks rising up on both sides.