Taking advantage of virtually endless vertical space within urban centers, entire cities-within-cities could spring up into the skies, packing in thousands of new housing units as well as parks, recreational space, offices, shops and everything else you’d expect to find on a typical block. These 12 residential skyscraper designs build up instead of out, often using staggered or stepped arrangements of stacked modules to maintain air circulation, access to daylight, and views. Rather than creating closed class-based communities, most make their communal spaces open to the public, and reserve the ground level for greenery. 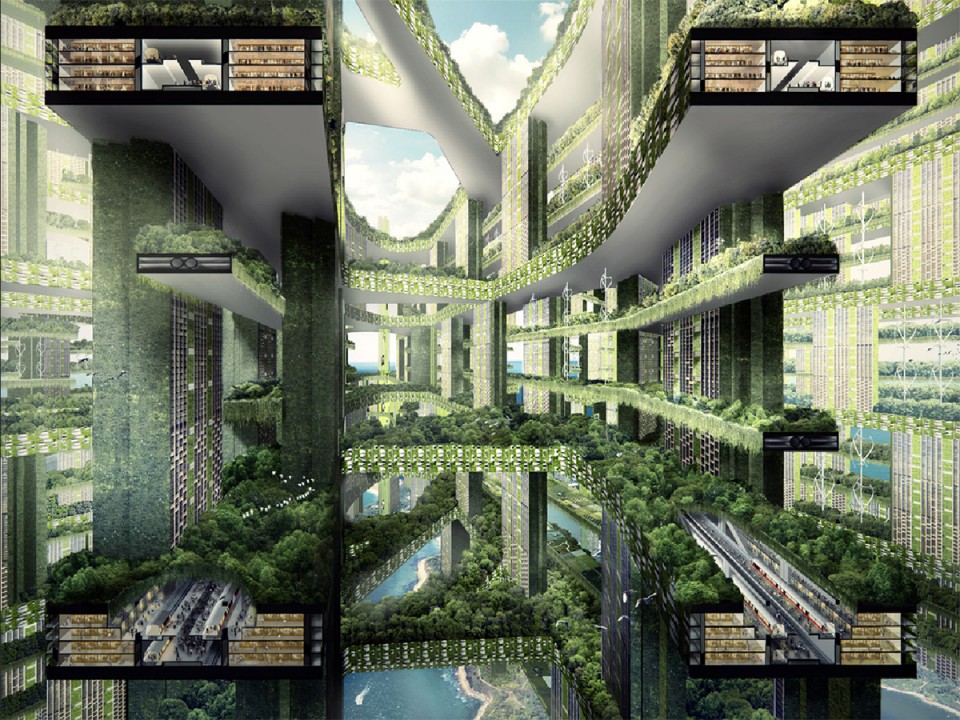 How do you pack 100,000 people into a square kilometer without sacrificing quality of life? WOHA’s entry into a competition to design a vertical city for Singapore devised a greenery-laden ‘lattice city’ made of staggered modules. This porous arrangement ensures that all levels get plenty of fresh air and daylight, free up the ground level for nature reserves and heavy industry, and weave social spaces throughout. The plan was created to be walkable, but large elevators and people movers can zip inhabitants vertically and horizontally as needed. 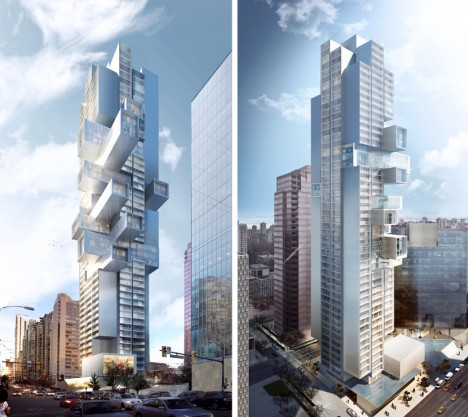 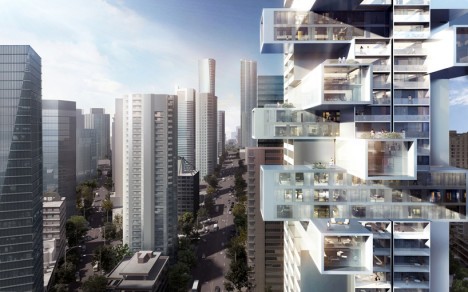 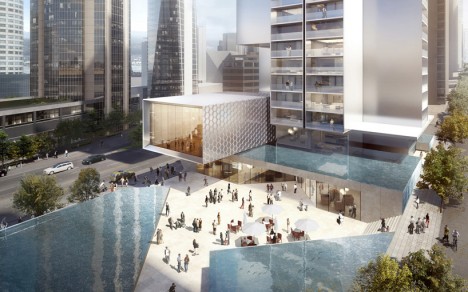 Conceived for Vancouver, this design by Ole Scheeren is made up of stacked rectilinear modules that poke out of the main tower at various angles, projecting the living spaces outward to mimic the spacious feel of living on the ground and create cantilevered terraces. The aim is to reconnect architecture with the natural and civic environment, encouraging social interaction between inhabitants.

Vertical Village in Singapore by OMA 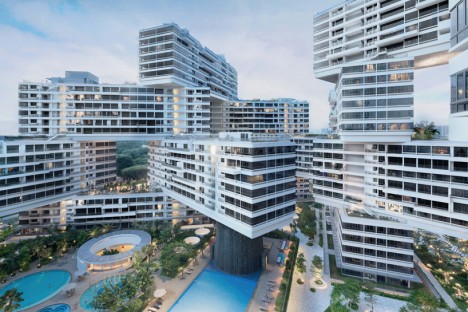 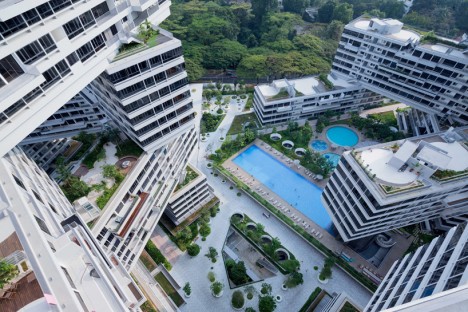 Condo units that would take up a lot of space if there were all placed on the ground are instead stacked in hexagonal arrangements for The Interlace, a residential project by Ole Scheeren/OMA. 31 individual six-story blocks come together to create a network of both private living spaces and communal areas, with eight large courtyards and various terraced gardens. 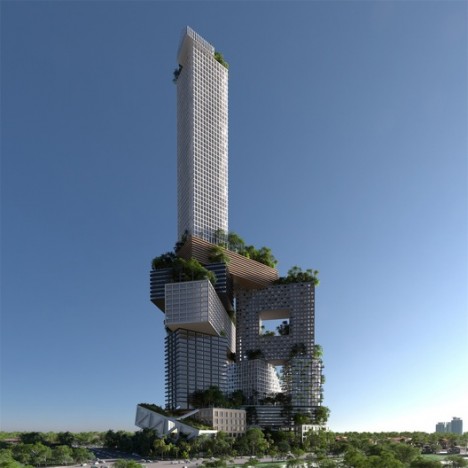 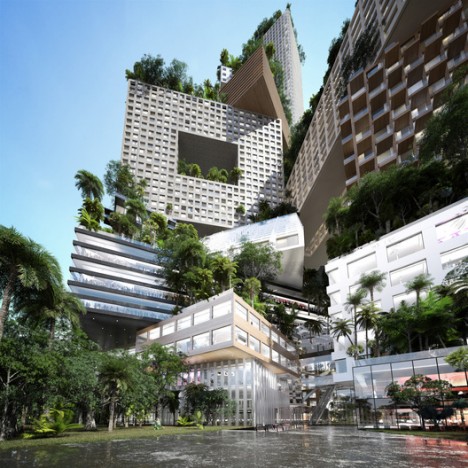 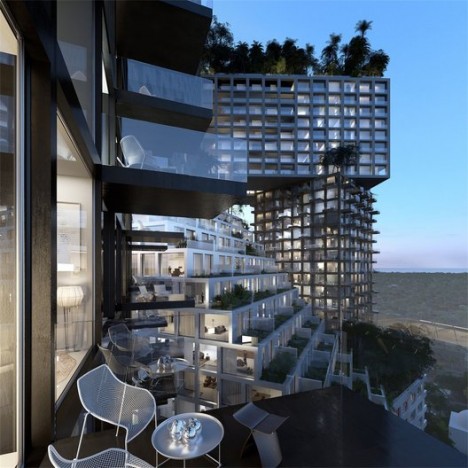 The city of Jakarta in Indonesia is in need of both higher density housing and green space – but designs like these prove that you don’t have to choose. MVRDV has designed a 400-meter-tall tower called Peruri 88 that integrates housing, offices, retail, a luxury hotel, parking, a mosque, an imax theater and more into what is essentially its own city within the city.