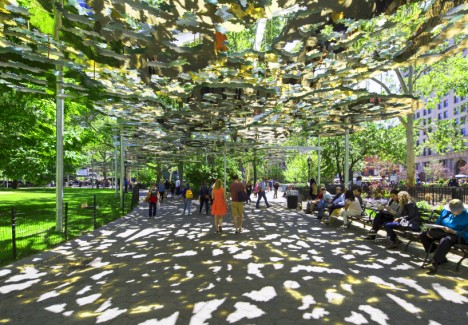 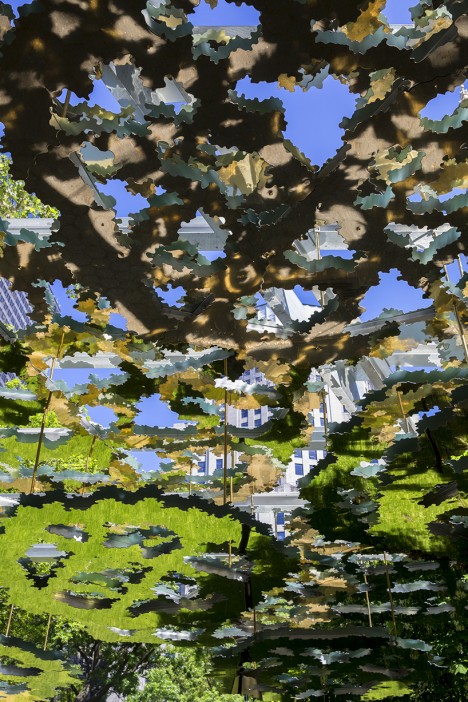 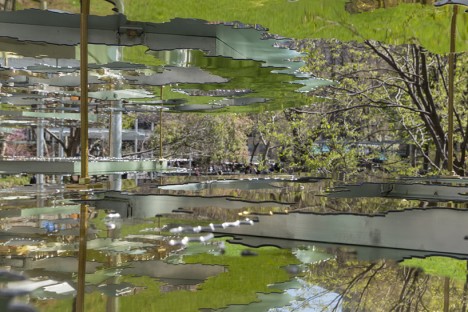 Hovering over a pathway in Madison Square Garden, a network of mirrors mimicking the shape of leaf clusters in nearby trees creates a sort of mirage. Five hundred feet long, the installation creates a kaleidoscopic effect abstracting the forms that are reflected on the shapes. It’ll be in place until winter 2016. “My concept was to invert the traditional notion of outdoor sculpture by addressing all of the active walkways of the park rather than setting down a sculptural element in the park’s center,” says artist Teresita Fernandez. “By hovering over the park in a horizontal band, Fata Morgana becomes a ghost-like, sculptural, luminous mirage that both distorts the landscape and radiates golden light.” 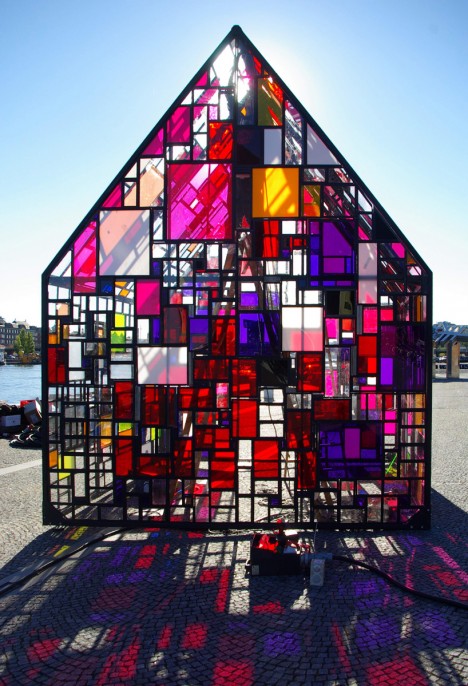 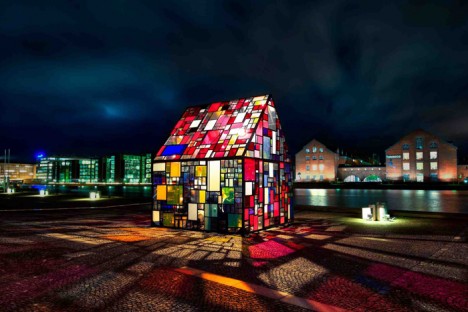 A thousand colorful pieces of found plexiglass welded within a steel frame make up ‘Kolonihavehus’ by Tom Fruin, a stained glass structure that toured Europe before being placed in Brooklyn Bridge Park and inhabited by performance art duo CoreAct. The installation was taken down in June 2015.

Light Over Time by Sam Falls 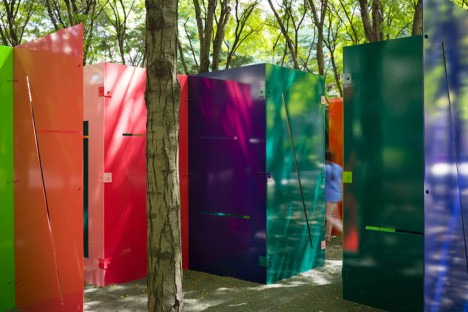 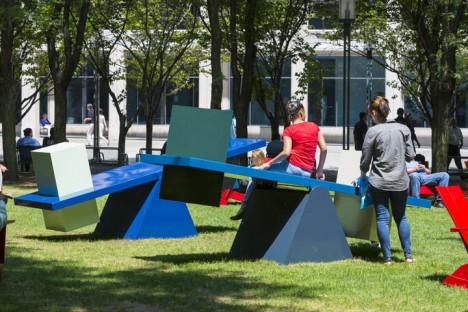 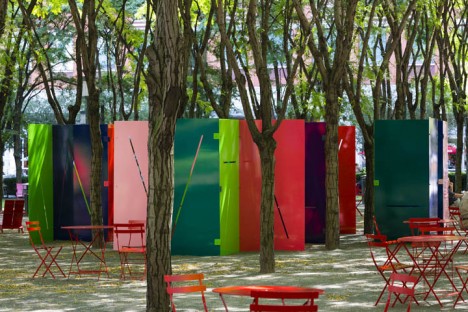 The ‘Light Over Time’ exhibition by artist Sam Falls is as much an experiment as an interactive public art installation inviting people to explore a maze and lounge on a series of sculptures. Some of the surfaces were treated with UV protective paint while others are unprotected, leaving them to fade with the passage of time in an exploration of the effects of sunlight. Says Falls, “The title of the show, and the concept it references, is an undercurrent in all of my work. You could also say that the nature of representation and temporality, or art and life, is a through line that connects different avenues of material exploration.. Light Over Time not only describes the process involved in making the work, but also functions on a more metaphorical level as it relates to my engagements with aesthetics and creation. Some of the works in the show function more with light, some more with time, or like the maze, symbiotically.” 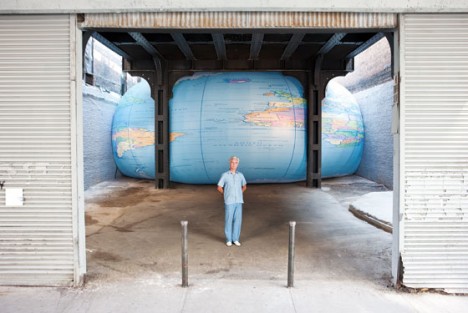 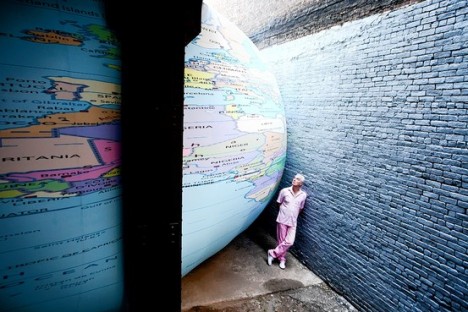 An oversized inflatable globe measuring 48 feet across and 20 feet high was crammed underneath the High Line in New York City for ‘Tight Spot’ by artist David Byrne, with speakers placed within it emitting a low-frequency vibration. The noise is meant to draw in curious passersby on surrounding streets and walking along the elevated park above. “I knew what I thought that sound should be, and rather than using instruments, synthesizers or samplers to make the sounds that I imagined, I simply made them with my voice,” says Byrne. “It was the easiest and fastest way of creating what I was hearing in my head. I filtered and processed my voice so that it wasn’t recognizable.”