The Roses by Will Ryman 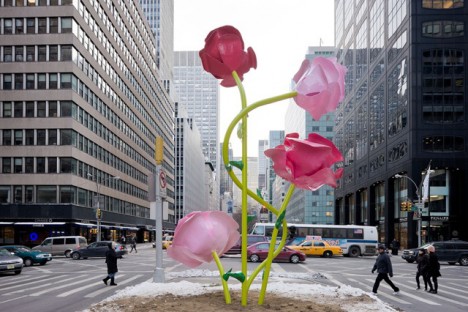 This gigantic bouquet of roses remained fresh, planted in the ground between 57th and 67th streets on Park Avenue, bright against the dull winter surfaces of the city. 38 rose sculptures in all, towering as high as 25 feet, were scattered around the area along with fallen rose petals to instill a sense of hope about the coming spring. 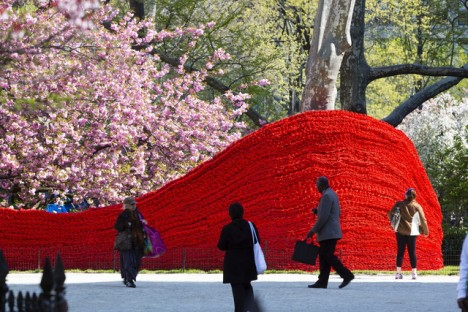 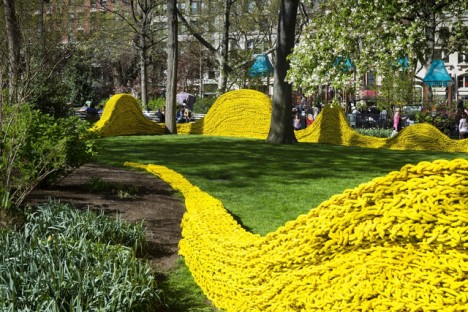 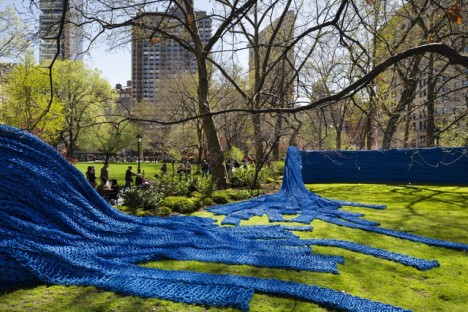 This Land Is Your Land by Iván Navarro 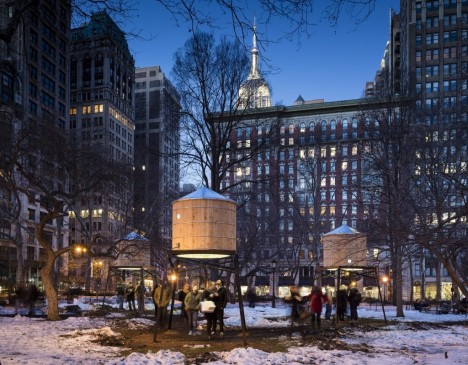 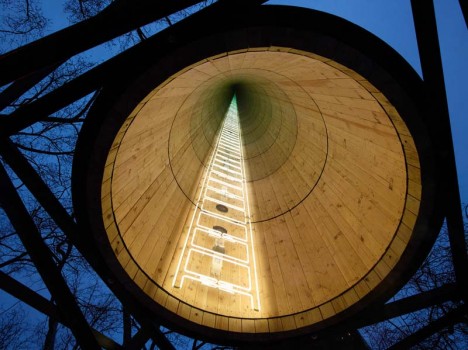 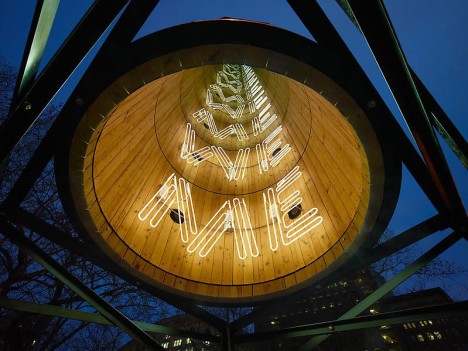 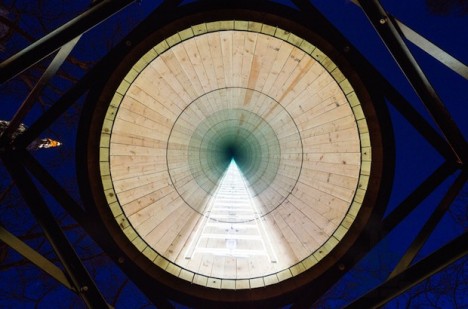 Three water towers of unusually small stature stood in Madison Square Park in 2014, inviting viewers to stand beneath them and gaze up. When they did, what they saw was a surreal portal-like effect created with neon lights and mirrors. “I like the idea of a reservoir of water,” says artist Iván Navarro. “This simple and timeless wooden structure contains water, the most primitive and elemental resource, the essence of human sustenance, and a reminder of the basic condition that all humanity shares… in that sense the water tanks are containers of primordial knowledge.’ 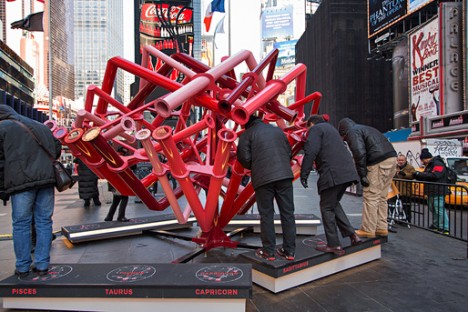 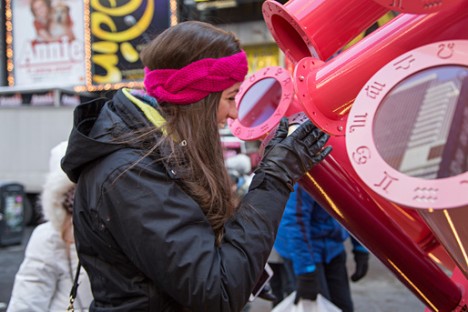 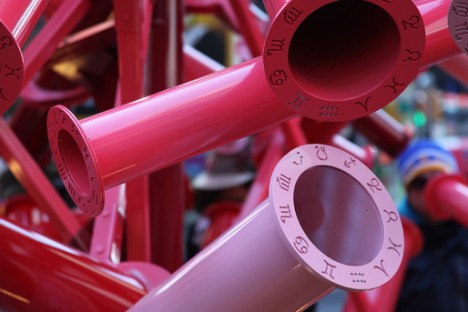 Winner of the 2014 Times Square Heart Design competition, an installation of red and pink pipes entitled ‘Match Maker’ matches up passersby with others according to their astrological compatibility. 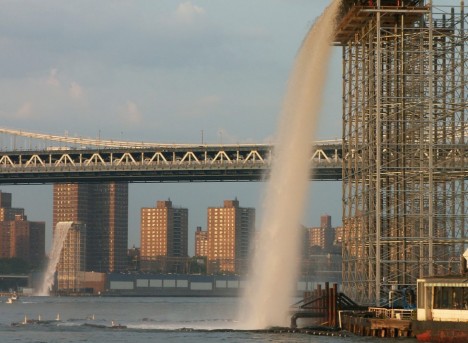 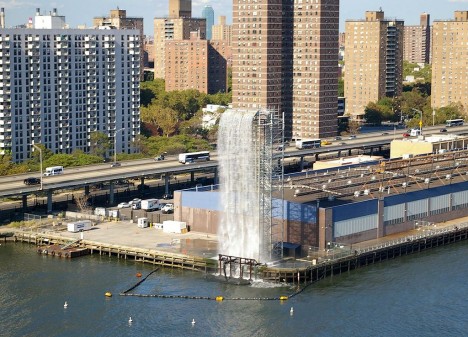 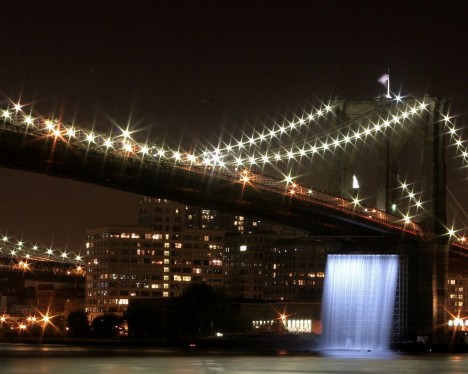