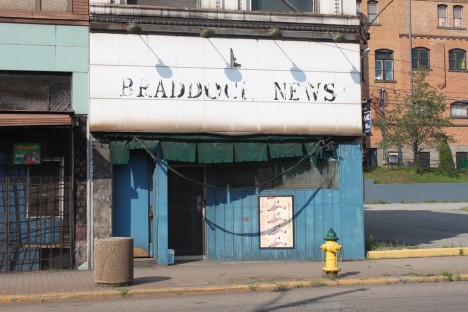 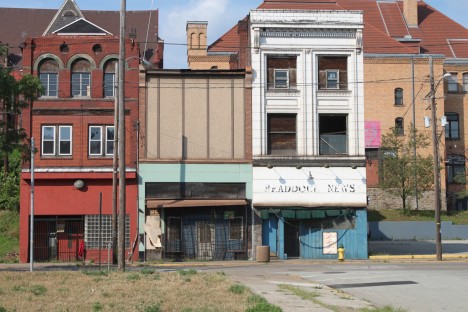 In downtown Braddock, PA, abandonment is an equal-opportunity scourge: the eastern Pittsburgh suburb and former steel-making center has lost roughly 90% of its population since its peak in the 1920s. Not only has Braddock experienced bad news for a LONG time, over time there’s been fewer and fewer residents able to pay for the privilege of reading it. 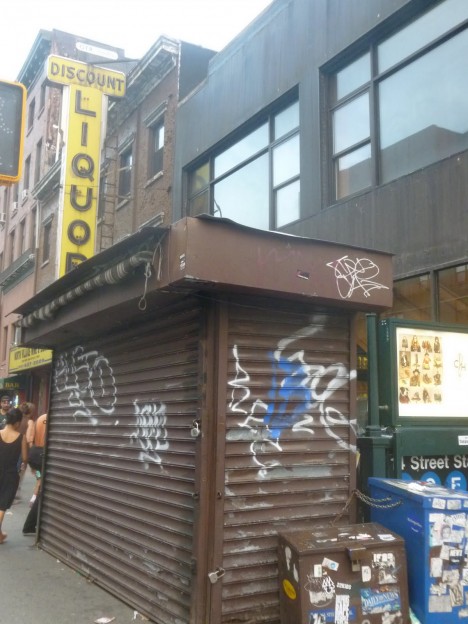 Over the past century, New York City authorities have made repeated attempts to standardize and “rationalize” the city’s vast hodgepodge of newsstands… typically to no avail. Occasionally the City will win a battle and a particularly gnarly old newsstand will be removed before a new owner can be found. Such was the case in 2011 when the unsightly, er, character-suffused corrugated metal newsstand above was forcefully evicted from its place at 14th and 8th streets. 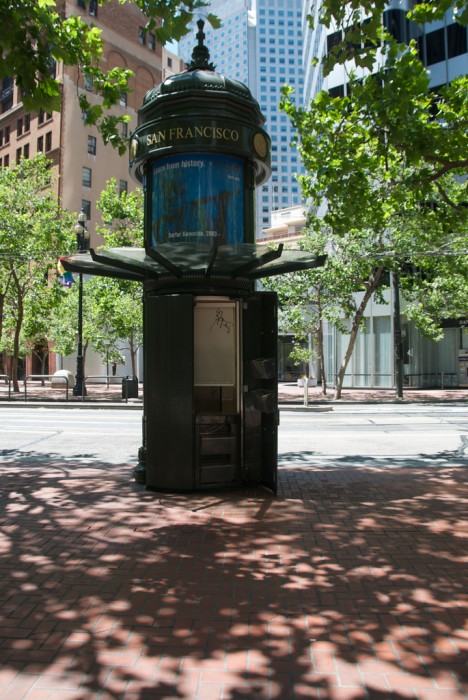 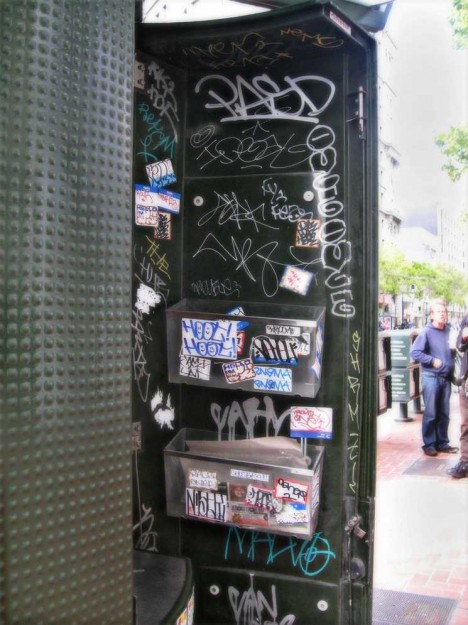 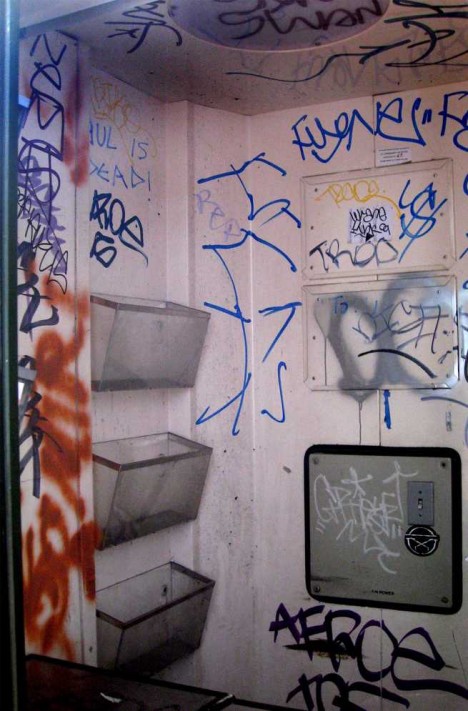 A number of these Victorian-style cylindrical news kiosks dot San Francisco’s historic downtown and while a few have enjoyed new lives as mini bike repair shops or such, several others are sadly sinking into deterioration and decay. Even in this sad state, however, the exquisite ornate design of these abandoned ‘Frisco newsstands still manages to retain its essential dignity. 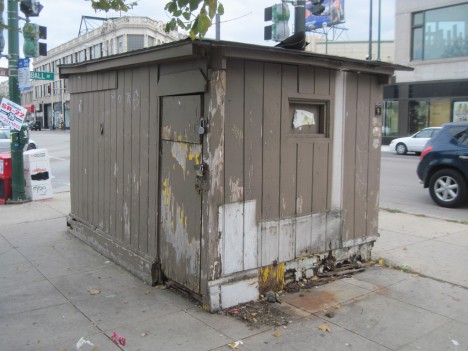 Photographed by Flickr user Allan (professionalwannabe) in late October of 2011, this abandoned newsstand on Woodard Street in northwest Chicago’s Avondale district wouldn’t look out of place in either the inner city or on a rural farmstead though the latter incarnation might be as an outhouse. Speaking of which, a commenter at the shot’s Flickr page states “I saw a guy lean on that newsstand and take a dump. It has since been torn down.” The newsstand or the dump… y’know what, we really don’t want to know.