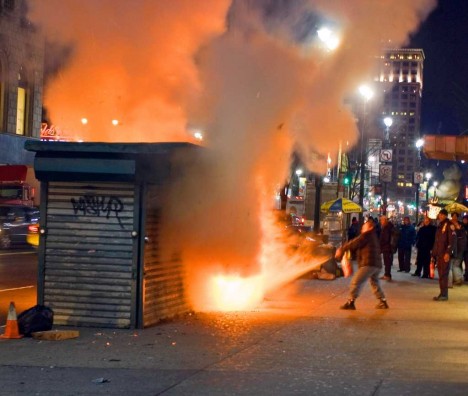 Hmm, must be a Donald Trump-owned newsstand. Flickr user majorkimba1 snapped the above “hot off the presses” photo on December 22nd, the third and final day of the infamous 2005 New York City transit strike. The abandoned newsstand being flambee’d above was located on 34th Street where, that year at least, there were no miracles to be seen, heard nor read about. 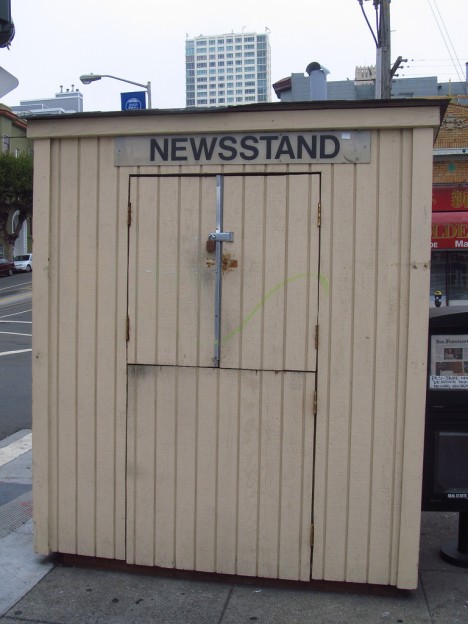 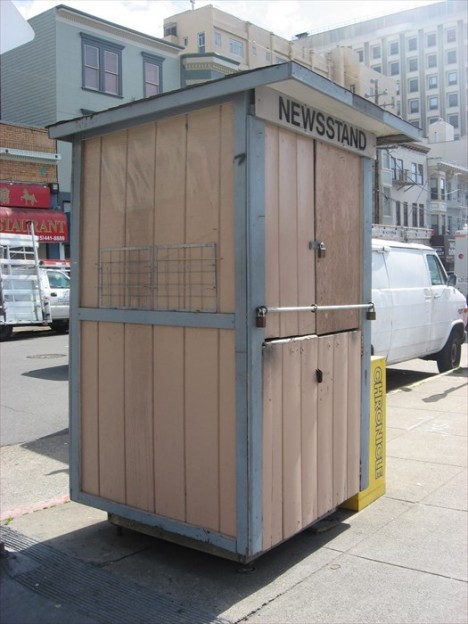 This self-described “NEWSSTAND” at California and Hyde in San Francisco would appear to be in decent shape showing not a single molecule of graffiti… yet images from various sources show it shut snugger than a bug in a rug in broad daylight. Guess all the news worth reading only comes out at night – or perhaps the owner is a vampire. 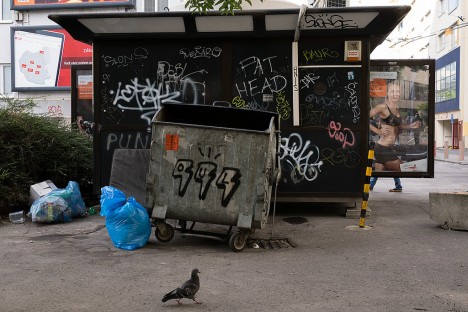 Flickr user Kloki ForEver (kloki4ever) brings us this evocative yet vaguely disturbing composition consisting of various abandonments, assorted bags of trash, LOTS of graffiti and one solitary sign of life – a pigeon who’s just passing through, thanks very much. 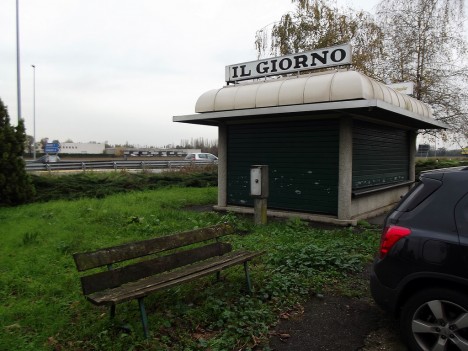 Flickr user Bruno Vigano snapped this somber image of a shuttered “edicola” newsstand in Binasco, Italy on November 22nd, 2013… exactly fifty years after the assassination of JFK, one of the 20th century’s more noteworthy news stories. You’ve probably read about this sad anniversary… well, not HERE but somewhere.