Located along a tectonic fault, the town of Hollister, California, acts like an earthquake in slow motion, its surfaces slipping past one another along a ragged line visible in everything from skewed traffic lines and split sidewalks to entirely torqued houses. 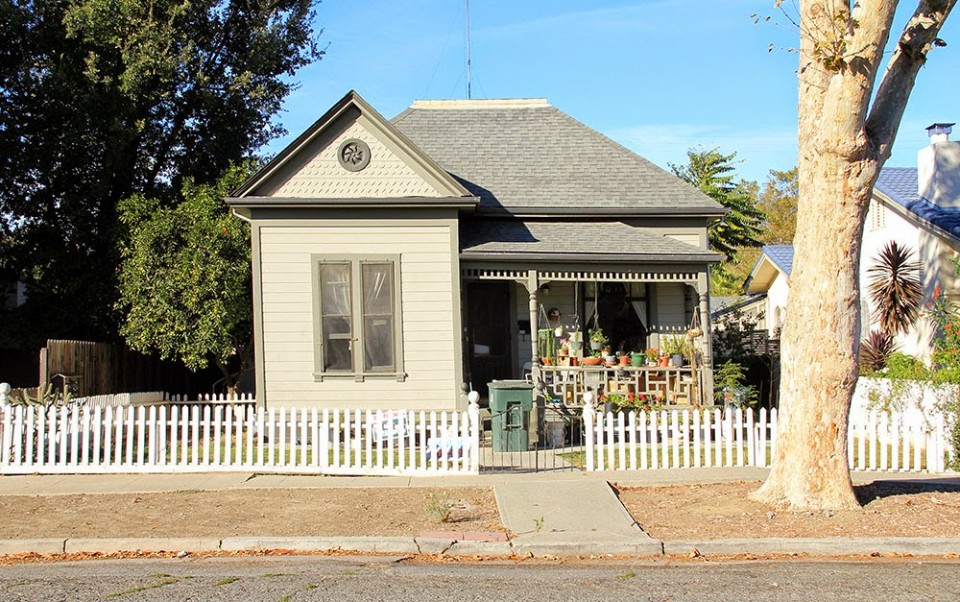 As Geoff Manaugh neatly summarizes on BldgBlog, “Hollister is an inhabitable catalog of misalignment and disorientation, bulging, bending, and blistering as it splits right down the middle.” Thanks to inexorable forces of geology at work far below, “The entire west half of Hollister is moving north along the Calaveras Fault, leaving its eastern streets behind.” 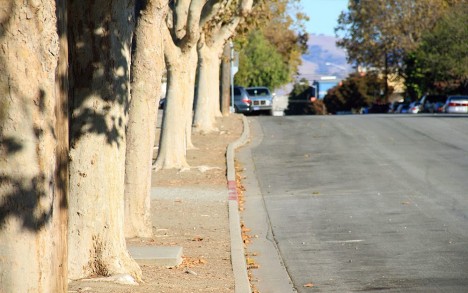 Instead of the sudden and devastating motion we normally associate with earthquakes, Hollister suffers the movements of rocks below at more geological than human speeds, its buildings and infrastructure ever-so-slowly twisted through the passage of time. At a rate of one inch per five years, the change is not noticeable on a daily basis, but dramatic over the decades. 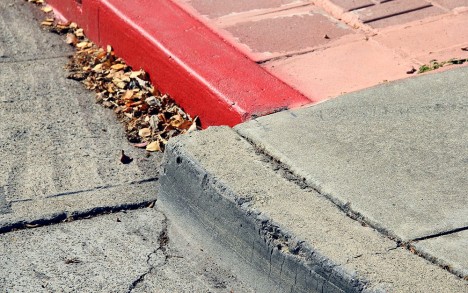 There are elements of Alice’s Wonderland all over the urban landscape: “Curbs at nearly the exact same spot on opposite sides of the street are popped out of alignment. Houses too young to show this level of wear stand oddly warped, torqued out of synch with their own foundations, their once strong frames off-kilter. The double yellow lines guiding traffic down a busy street suddenly bulge northward—as if the printing crew came to work drunk that day—before snapping back to their proper place a few feet later.” 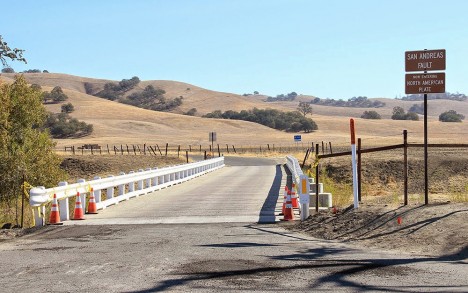 Manaugh also traveled to a nearby bridge in Parkfield where a road bridge spans the San Andreas Fault, its distortions the ultimate manifestation of fault creep as each anchored side moves in the opposite direction. Built straight across, curves are already visible as one sights along the structure. 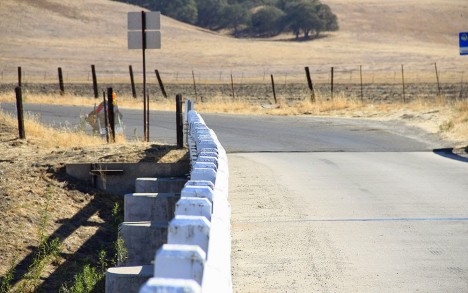 His photos here and elsewhere capture many of the region’s “minor landmarks for the seismic tourist,” which, “for all their near-invisibility, visiting can still provide a mind-altering experience.” All images by Geoff Manaugh.