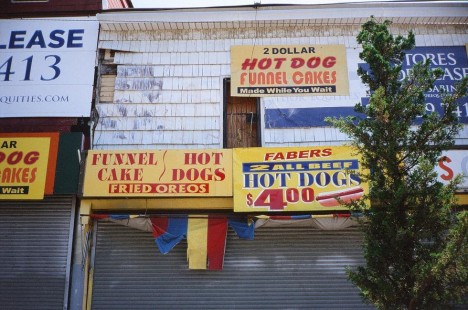 Flickr user Mortimer Slomo (slo:motion) chanced upon the above gaggle of signage on June 28th of 2015 while traversing McDonald Ave in NYC’s Borough Park neighborhood. Pity the galvanized roll-down doors are shut – who (besides Homer Simpson) wouldn’t spring a lousy two bucks for a Hot Dog Funnel Cake Made While You Wait? Not to mention the “Fried Oreos”… mmm, fried oreos! 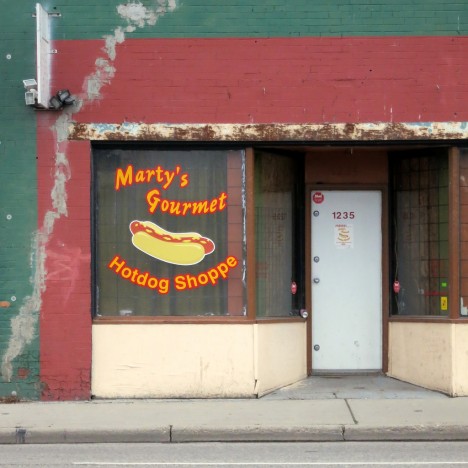 Word to Marty: calling an establishment that purports to provide gourmet frankfurters a “Hotdog Shoppe” is disingenuous to say the least, and that’s all we have to say about that. Flickr user Ricky Leong snapped the shoppe‘s weathered facade on April 27th of 2012, and comments “this business only lasted a few months, never did stop in always meant to.” Sure you did, Ricky. 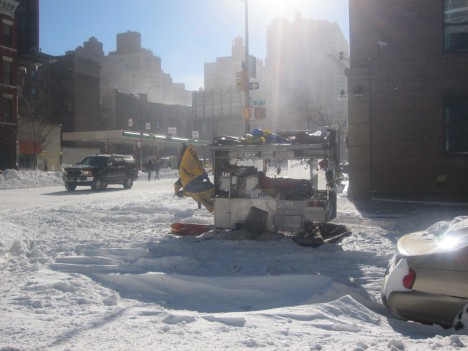 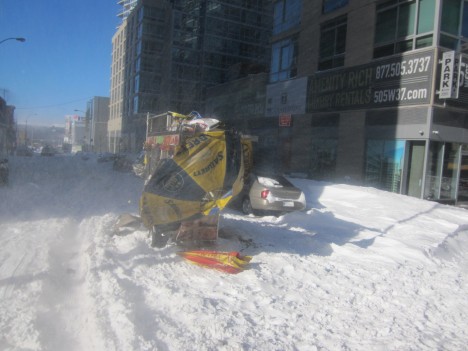 Another year (2010, in this case), another Snowpocalypse, another abandoned Hot Dog Food Cart on 37th Street at 10th Avenue in New York City. Doubtless the cart’s owner/operator will retrieve their rolling sausage dispenser (or what’s left of it) once the streets are plowed. 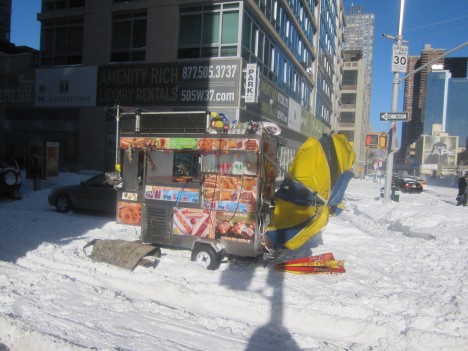 That would be timely as shoveling snow often provokes a raging desire for a Coney Island Dog (or two) with all the toppings & trimmings. The moral of the story? Abandon all hope, ye who enter NYC during Snowpocalypse, but FFS abandon not thine hot dog stand!