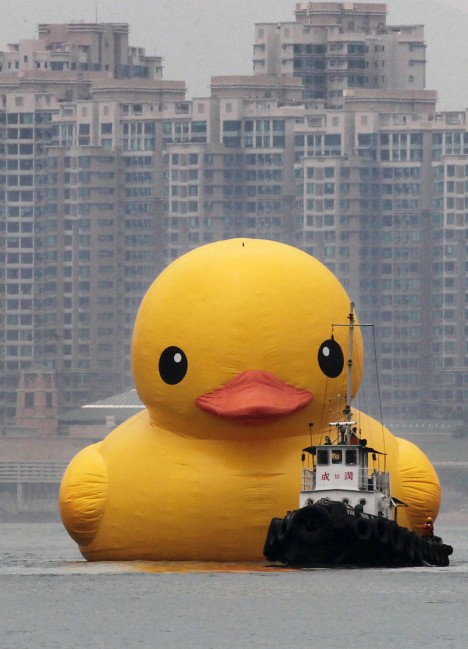 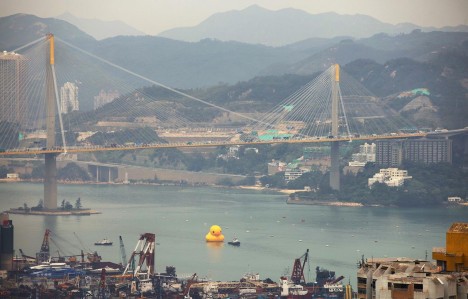 Measuring nearly 46 feet tall and 55 feet long, the world’s largest rubber duck has traveled around the world, pictured here in Hong Kong’s Victoria Harbour. Artist Florentijn Hofman says “The Rubber Duck knows no frontiers, it doesn’t discriminate people and doesn’t have a political connotation. The friendly, floating Rubber Duck has healing properties: it can relieve mondial tensions as well as define them.” 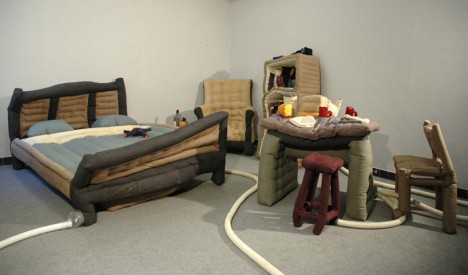 Inflatable beds are one thing, but what if we could also fill spaces we’re temporarily inhabiting with other inflatable furniture? Artist Lambert Kamps plays with this idea, the whole set looking rather sad as it sags throughout the day, becoming less and less functional without regular maintenance. 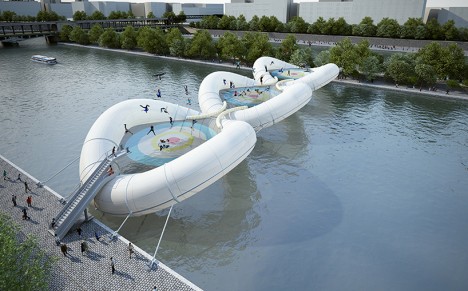 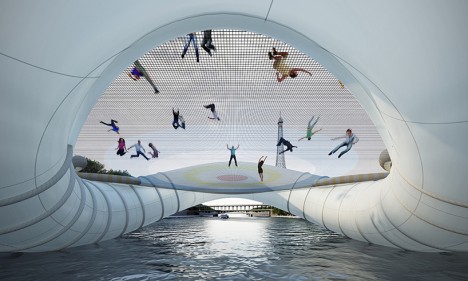 AZC Architecture Studio dreamed up this inflatable bouncing bridge for Paris, providing a functional pedestrian passageway that’s also a lot of fun. Visitors are invited to dive off an entrance ramp onto a trampoline nestled within an inflatable tube in order to make their way to the other side of the river.

The Roof That Goes Up in Smoke 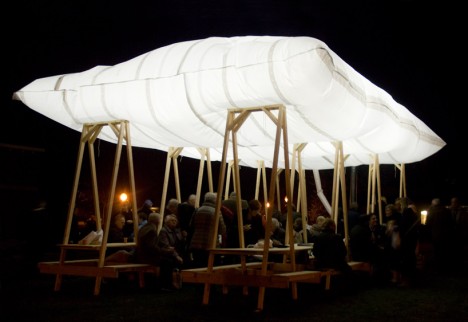 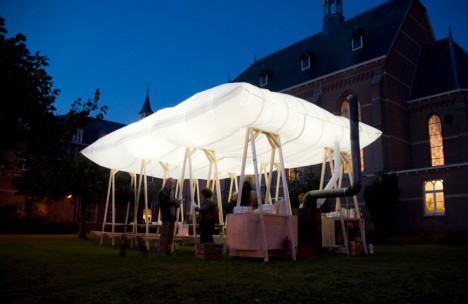 Dutch design studio Overtreders W created ‘The Roof That Goes Up in Smoke,’ a temporary pavilion with an inflatable canopy resting upon a wooden frame. Hot air from a wood stove kept the structure aloft as it sheltered a bar and picnic tables at an art festival celebrating All Soul’s Day. 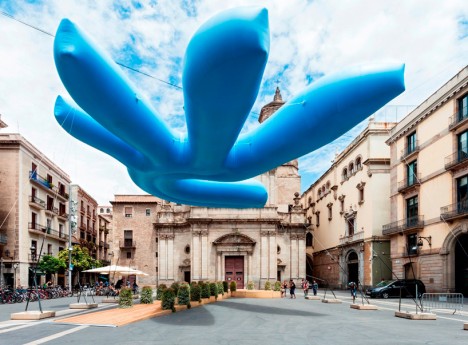 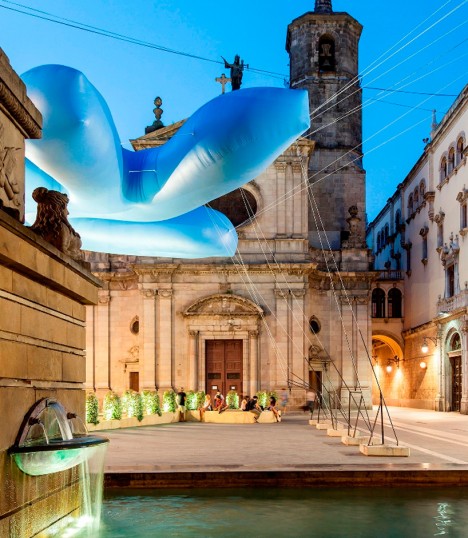 Interpreting the theme ‘Take My Hand,’ this inflatable canopy by Peter Cook + Yael Reisner shades a courtyard where civil wedding ceremonies were performed during a summer 2014 festival in Barcelona.