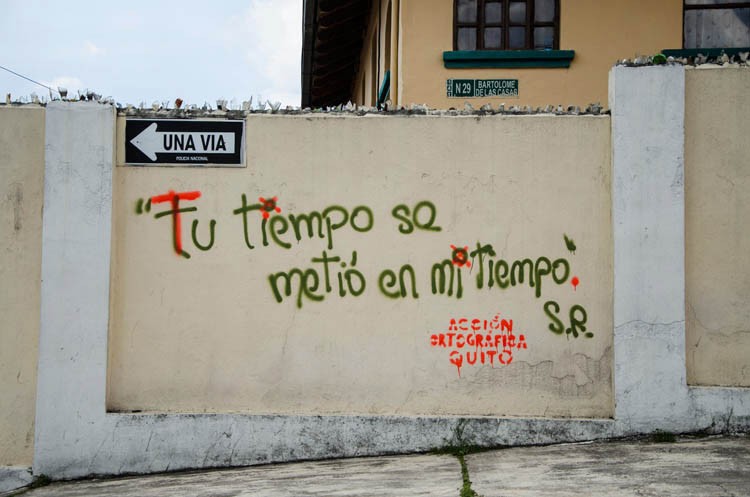 Calculated correctors, this team of vigilante street art fixers patrols for grammatical mistakes then regroups to decide on edits before hitting the streets of Quito, Ecuador, to deploy them. 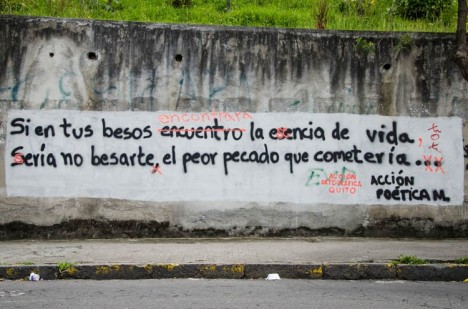 Known as Acción Ortográfica Quito, the group consists of a trio who share a strange set of common interests including street art copy editing. Like rogue professors, they use red to highlight their changes or suggestions, but their good intentions do not render their actions legal, hence their strictly maintained anonymity. 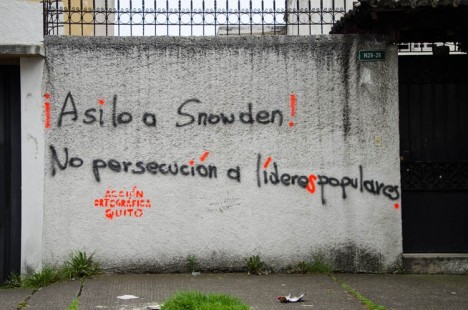 “There’s a big difference in saying: ‘No quiero verte’ (I don’t want to see you) and ‘No, quiero verte’ (No, I want to see you),” notes one of the members in an interview with COLORS, “Many times, someone does not realize how a comma or an oversight can completely change the meaning of a sentence. It can change your life.” 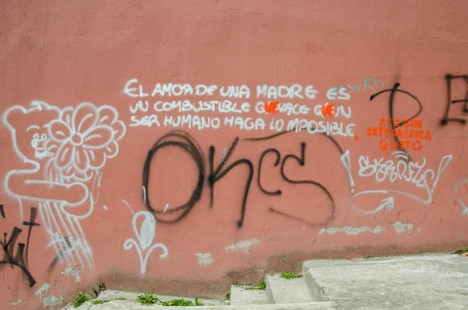 The task can be daunting – their first fix had thirteen errors in two lines of text. Whether serious or silly, they suggest “it’s a public service and a moral obligation. We’re against spelling vandalism and we won’t break nor give up until we see a society free of spelling mistakes.” 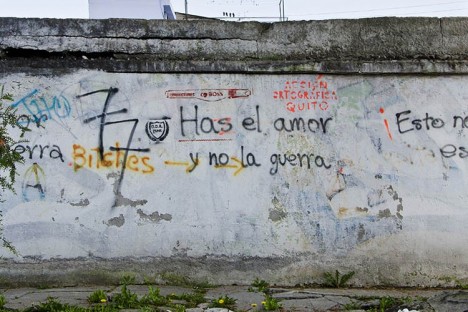 Above, the phrase: “If in your kisses I met the essence of life, then not kissing you would be the worst sin I could commit,” for which these graffiti activists turned the verb into conditional, added and deleted commas, turned ellipsis into full stop and capital letter into lower case. 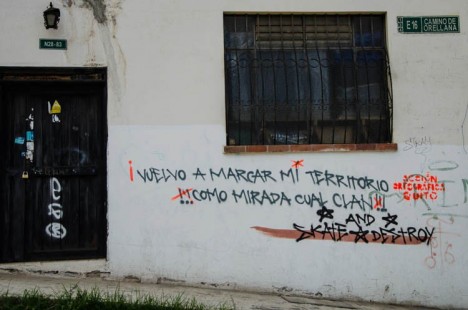 The group is also broadening its scope and mandate over time; they are aiming to add a hotline where people can phone in mistakes they spot and have begun correcting grammar on Twitter posts as well. When time permits, they also leave their name stenciled at the scene in red, like a grader signing their work for students. 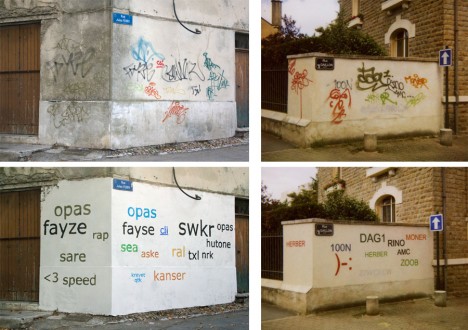 Meanwhile, a similarly unconventional yet equally geeky German street artist is out to fix tags, turning them into tag clouds – it would seem this group is not alone in its quest to clean up yet preserve the essential meaning of everyday graffiti.