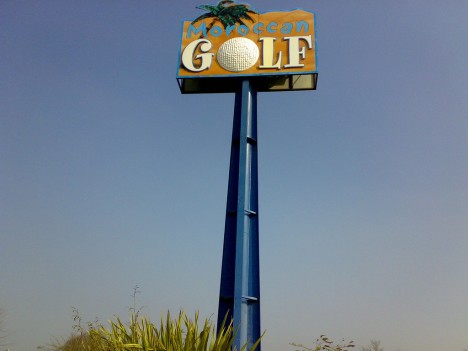 Moroccan Golf? What, is the course one giant sand trap? After playing it once, do you want to Play It Again (Sam)? Flickr user Jo S (jcwood86) visited Pleasureland in lovely Southport, UK (kinda far from Morocco, amiright?) on January 24th of 2009 and by the looks of it, she was the only visitor.. 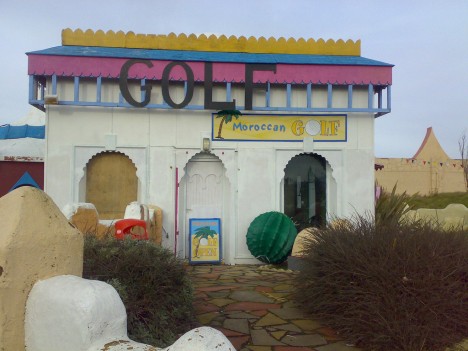 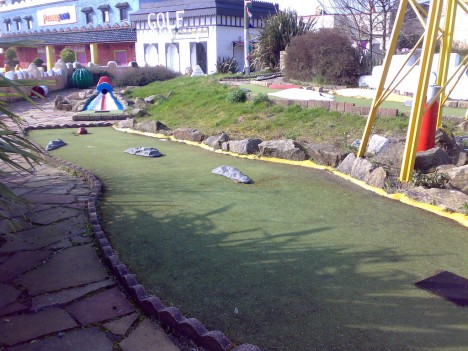 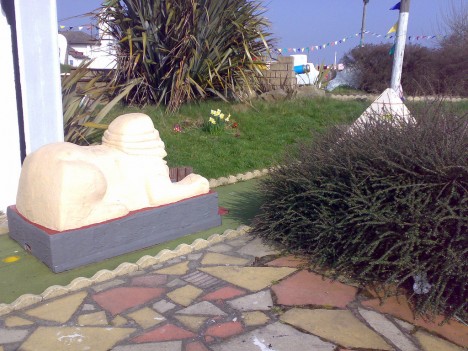 The park didn’t appear to be open that day (week, month, whatever) but no surprise really: Pleasureland has closed (can we say FORE-closed?), been sold, re-opened and closed again so many times since 2007 it’s enough to make one’s head spin. 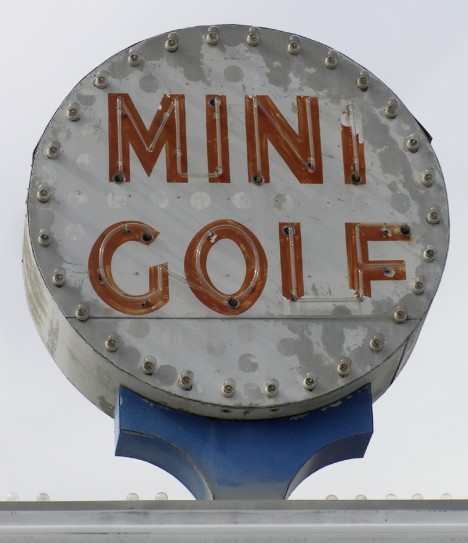 Myrtle Beach ain’t what it used to be and the same can be said about this derelict neon sign advertising MINI GOLF (we assume) somewhere in North Myrtle Beach, SC. Flickr user Debra Jane Seltzer aka roadsidenut (RoadsideArchitecture.com) advises all and sundry “this sign disappeared between 2012 and 2013”, so don’t bother looking for it – just be thankful DJS snapped it for posterity back on October 31st of 2007. 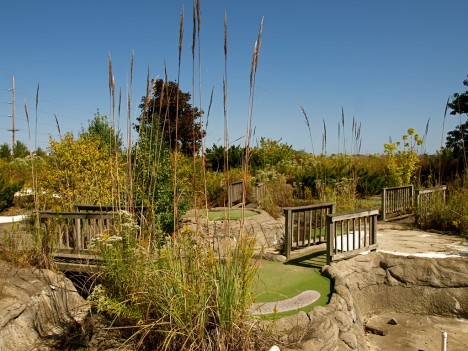 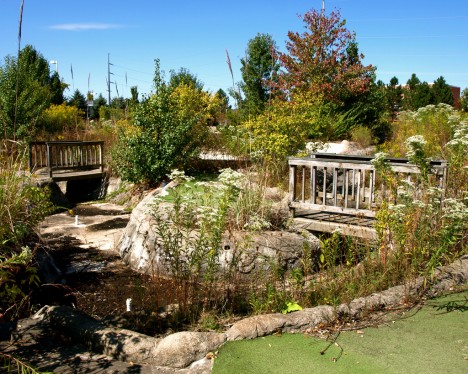 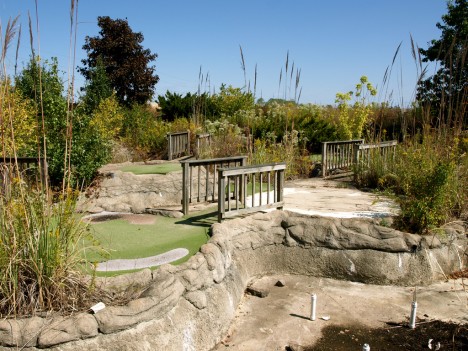 Flickr user Tim Perdue visited this abandoned miniature gold course in Orange, Ohio on September 20th of 2010 – shortly before this last remaining part of a larger golf complex was to be demolished. The unnamed course seems to have been quite appealing at one time and it’s unusually devoid of kitschy sculptures – unless, of course, those were the easiest things to loot. 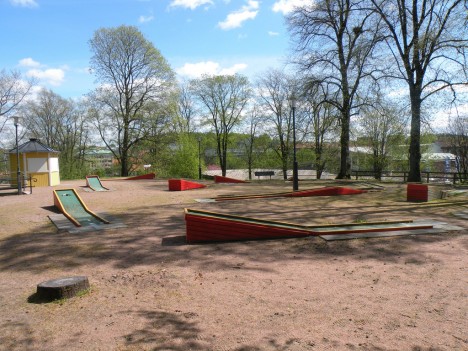 This photo’s got everything: a sunny spring day, trees just beginning to leaf out, cheerful primary colors, and… not a soul in sight. Such was the scene on May 13th, 2012 when Flickr user webjoy visited this abandoned miniature golf course in Boras, Sweden. Nice to know miniature gold is played (or not, as the case may be) all over the world.