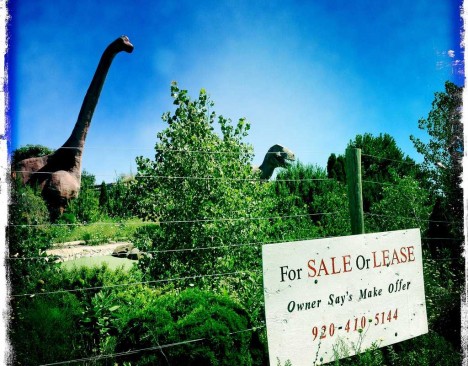 A new pair of overalls might be required should unsuspecting urban explorer types stumble into Oshkosh’s abandoned Golf Central one dark and stormy night. Looking a lot like an ultra-low-budget reboot of Jurassic Park, this miniature golf course must have really been something back in its heyday… sometime in the mid-Mesozoic Era. At least that’s what the owner say’s. 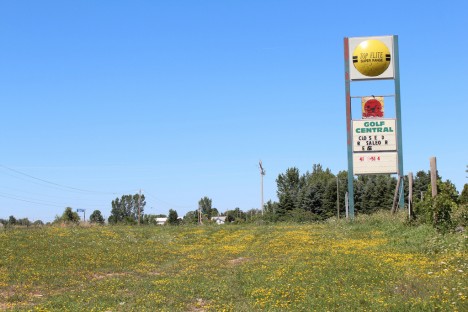 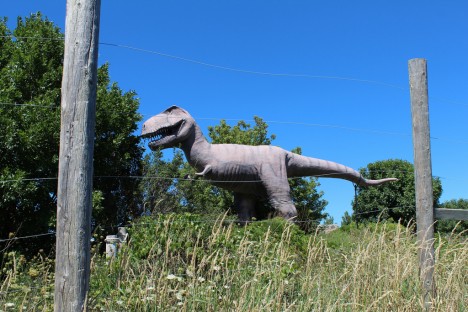 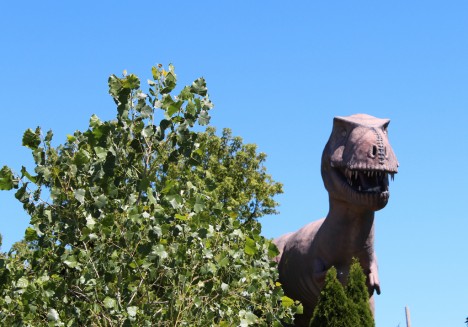 A tip of the cap to Flickr user Darren Snow (plasticfootball) who braved the wrath of T Wrecked & friends one sunny day in August of 2012. Those dinos look hungry – Snow shoulda brought along some of the fairway-grazing goats from the Scappoose course. 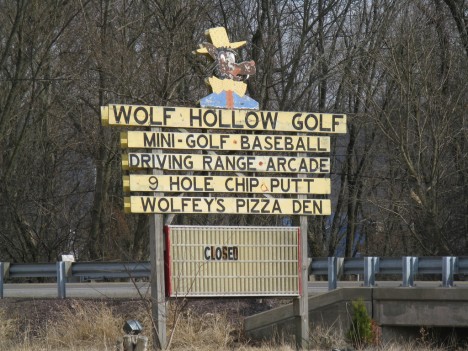 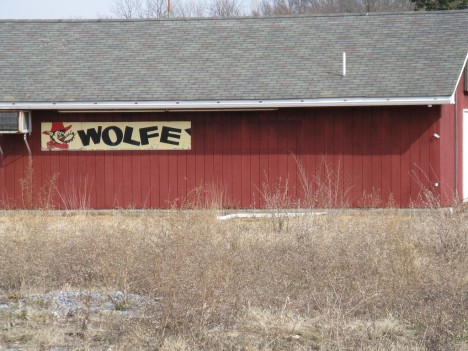 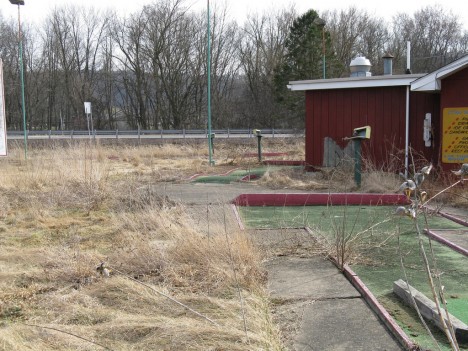 I saw a werewolf with a golf club in his hand, walkin’ through the streets of Bloomsburg in the rain.” According to Flickr user railynnelson, “Wolf Hollow Golf (Wolfey’s to the locals) was a small ‘entertainment complex’ on Route 11 outside of Bloomsburg (headed toward Berwick).” We’re you not entertained? 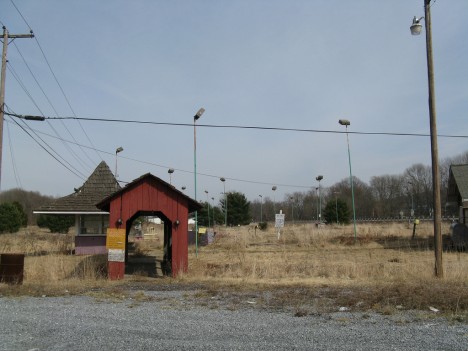 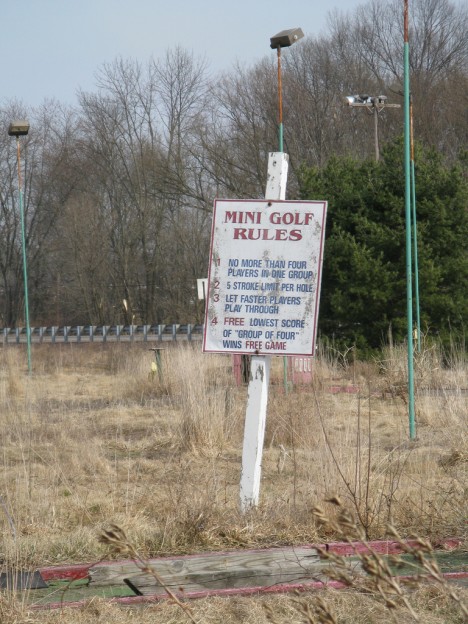 These images were taken in March of 2009 after the complex closed for the last time. Word has it the original owner’s grandson intends to turn the site into an organic farm and not, unfortunately, a Chinese food restaurant serving big dishes of beef chow mein. AH-OOO!! 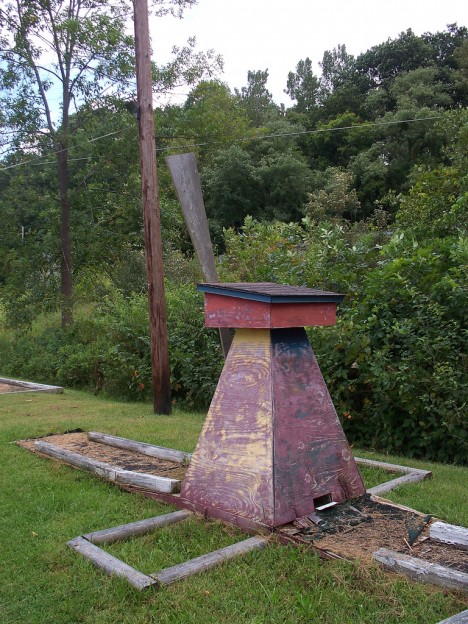 Flickr user Scott (scottamus) visited a desperately deteriorated abandoned miniature golf course in Zanesville, Ohio, back in August of 2009. This place may have been barely charming when it was last open (we’re guessing early Eisenhower administration) but now it’s just sad. 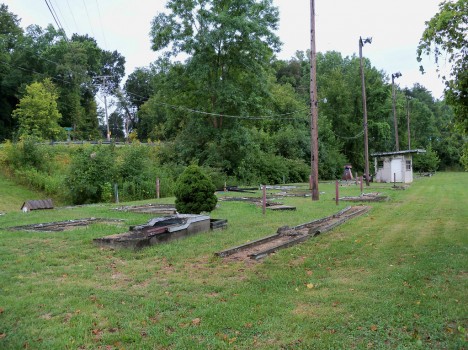 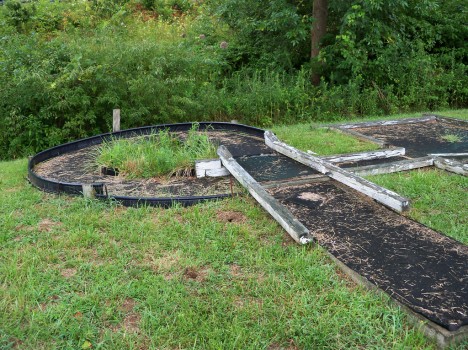 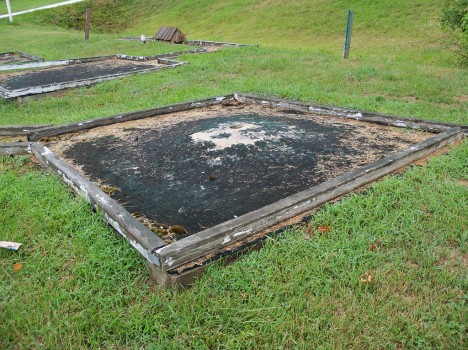 Obviously a glutton for punishment of the cultural despair variety, Scott returned to the course about three years later. We’re not sure what he was hoping to find – obviously the course hasn’t un-decayed in any way, shape or form. Ditto for Zanesville itself. 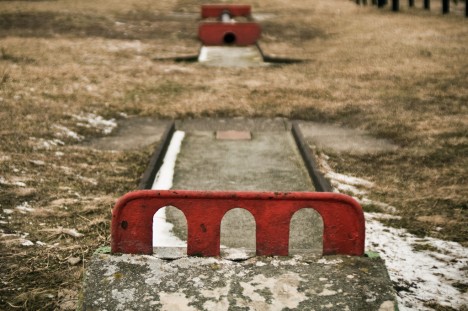 This miniature golf course somewhere in Sweden has been abandoned a LONG time… how slow does lichen grow, anyway? Flickr user .Castor snapped the above desolate scene on what must have been a bitter, bleak and chilly February day in 2011. All that’s missing is a reindeer or two to gnaw some of that tundra moss off the weathered concrete. Should any caribou show up, we recommend letting ’em play through.