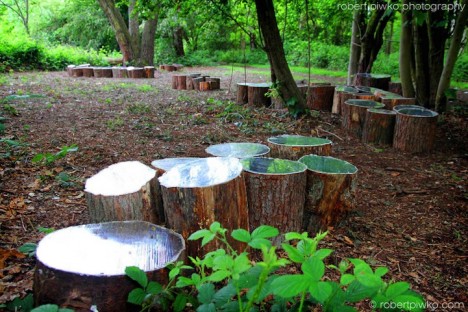 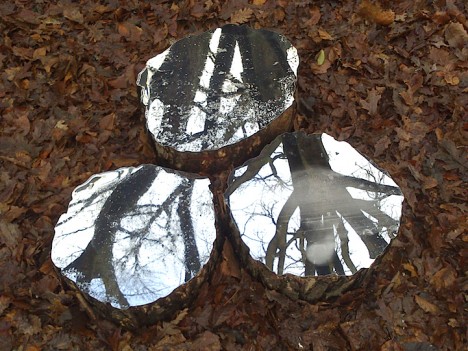 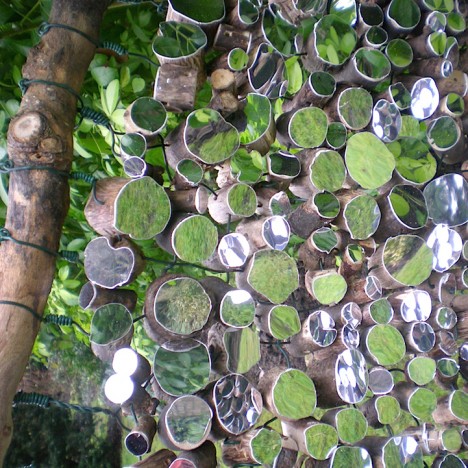 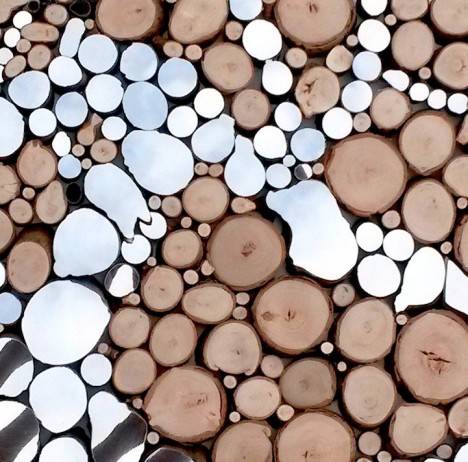 Artist Lee Borthwick painstakingly sculpts the edges of mirrors so they line up perfectly with those of tree stumps, making it seem as if the trees just naturally have reflective insides when sliced. Placing them in a forest environment, the stumps act like tiny bodies of water reflecting the sky. Borthwick also uses smaller branches, stringing them together into hanging works of art. 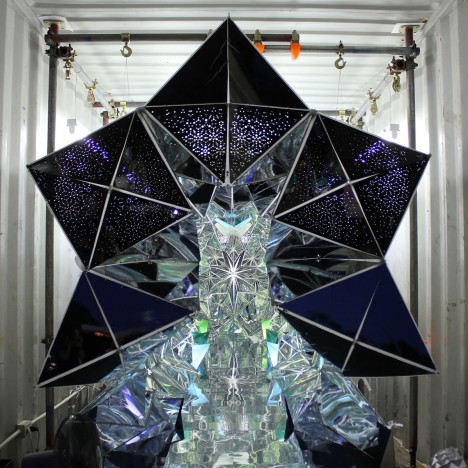 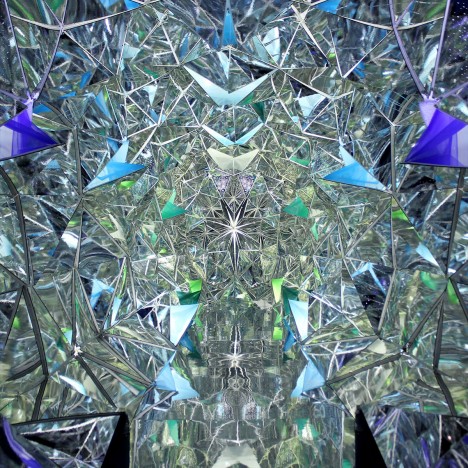 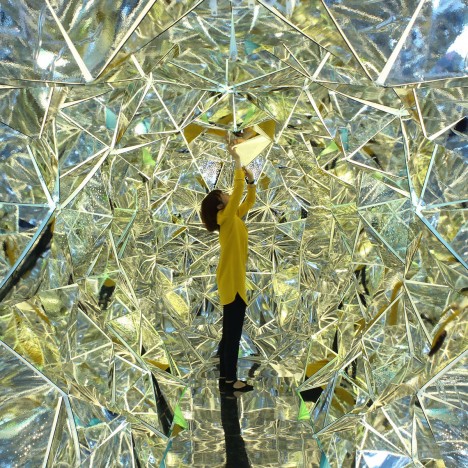 Designed for the 2013 KOBE Biennale, Wink Space is an immersive work of art made of faceted mirrored surfaces, making guests feel like they walked right into a kaleidoscope. “We wanted to create the world’s first zipper architecture. In other words, this polyhedron is completely connected by zippers. And in order to facilitate even more radical change some of the surfaces open and close like windows.” 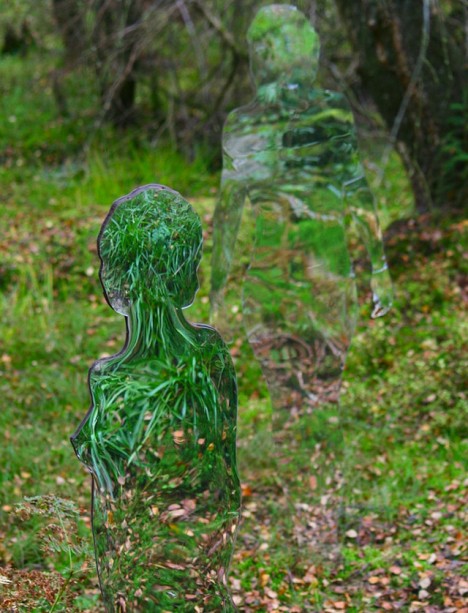 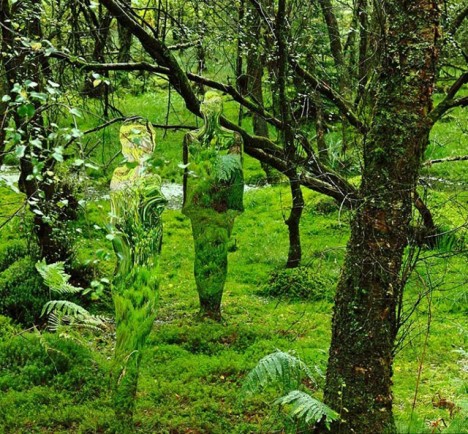 These life-sized silhouettes of humans and animals seem almost hallucinatory, barely discernible from their environments. “The essence of who we are as individuals in relationship to others and our given environment forms a strong aspect of my artistic practice,” says artist Rob Mulholland. “In Vestige I wanted to explore this relationship further by creating a group, a community within the protective elements of the woods, reflecting the past inhabitants of the space. The six male and female figures represent a vestige, a faint trace of the past people and communities that once occupied and lived in this space. The figures absorb their environment, reflecting in their surface the daily changes of life in the first. They create a visual notion of non-space. A void as if they are at one moment part of our world and then as they fade into the forest they become an intangible outline.” 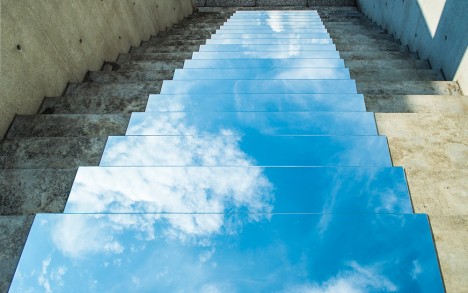 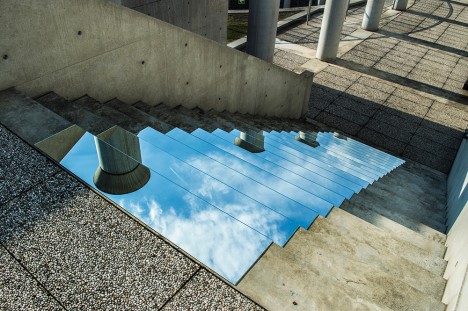 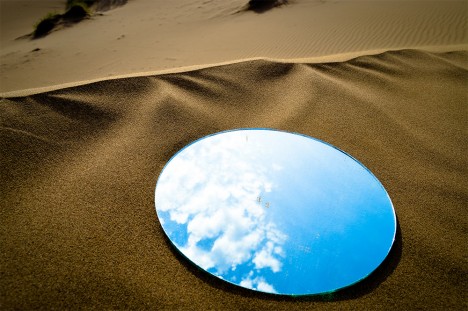 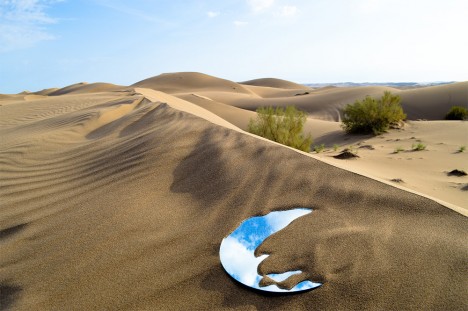 In addition to the mirrored ziggurat, artist Shirin Abedinirad is known for installing mirrored surfaces in both natural and human-made settings to reflect the sky. ‘Evocation’ highlights the lack of water in the desert with circles in the sand, while ‘Heaven on Earth’ borrows from Islamic traditions to visually expand a staircase. “Standing in front of the staircase, the audience is facing a transformative view of themselves, and their notion of how the world is structured. When the audience stands at the top of the stairs and looks down, they come face to face with an optical illusion that increases their light, and therefore their spirituality of the space.”