Mirrors can disrupt our perception of our environment, especially when they’re positioned to blur the lines between land and sky, up and down, reality and reflection. These 12 (more) mirrored art installations dazzle us with glinting light, confuse us with illusions and invite us to question the difference between what we are shown and what we believe to be true. 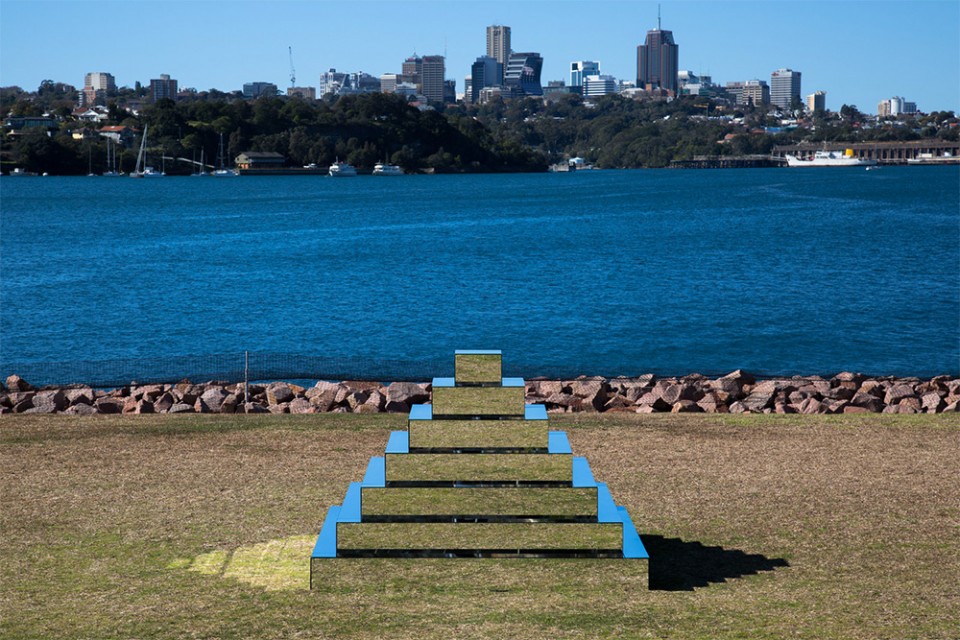 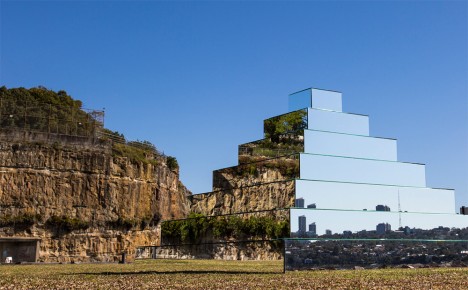 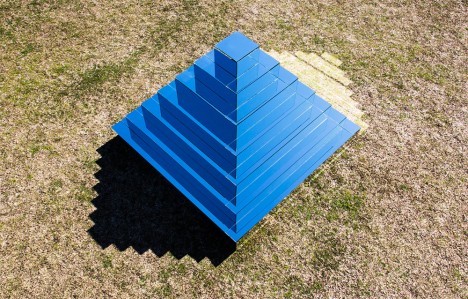 Slivers of the sky seem to hover in mid-air if you approach this mirrored ziggurat from one of its corners, the steps reflecting the sky while the walls reflect the grass. “In this installation I have been inspired by the pyramidal structure of Ziggurat, a common form of temple in ancient Mesopotamia, attempting to connect earth and sky, so humans could be nearer to god,” says artist Shirin Abedinirad. “The Mirrored Ziggurat acts as a staircase, which seeks to connect nature with human beings and to create union of ancient history and today’s world. The installation offers a transformative view of the self.” 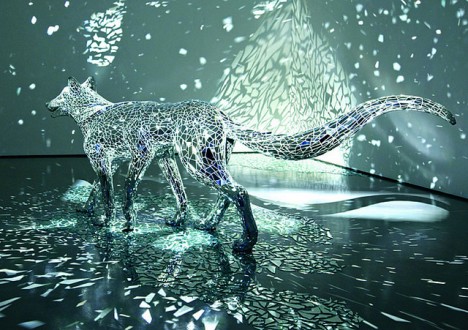 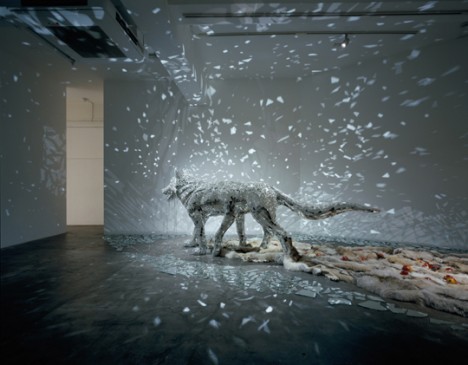 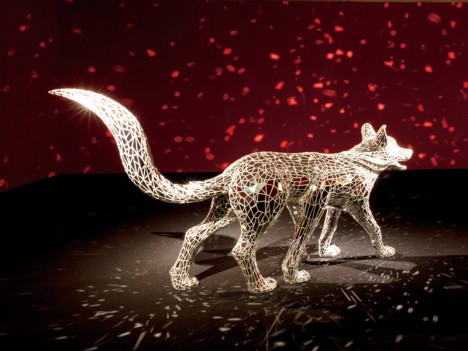 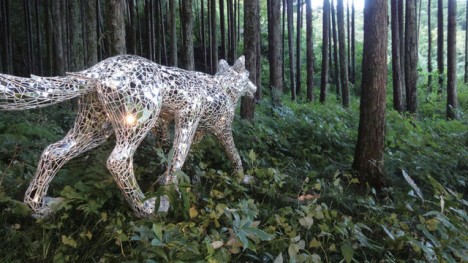 Tiny shards of mirrors reflect light all over the surrounding surfaces as they form a silvery fragmented coat for a six-legged wolf. Titled ‘Donning Animal Skins and Braided Grass,’ the sculpture by Tomoko Konoike draws inspiration from both tradition and pop culture in the form of manga and Shinto animism.

Landscapes Turned Upon Themselves 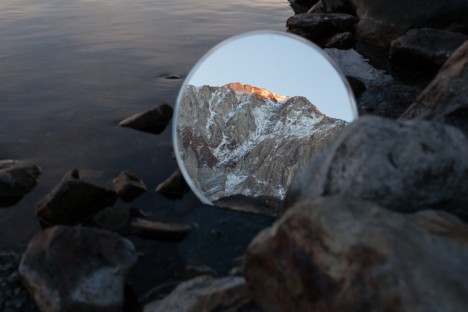 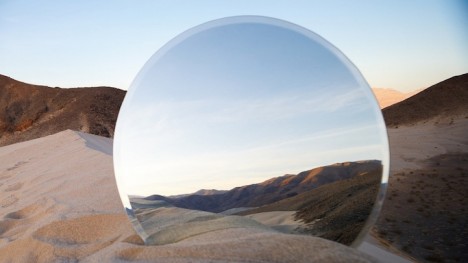 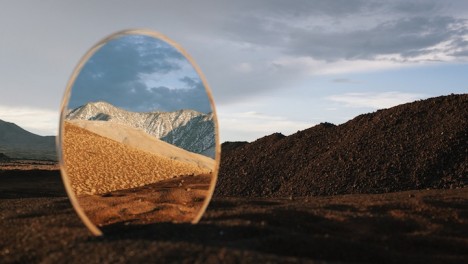 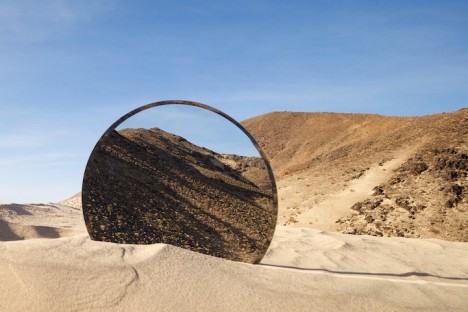 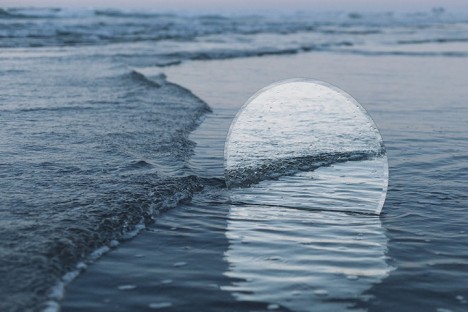 Portions of a three-dimensional landscape are cut out and pasted on top of themselves in a large-scale mirror series called A Moment’s Reflection by Cody William Smith. The effect is most striking at night, when one side of the sky is dramatically different from the other. “My intention is to draw new connections between familiar forms by interdicting specular reflections to environments where none would typically exist. The mirrors serve as a focal point within a given scene and also function as a window to provide an entirely unique perspective on the same location.”

Maze of Mirrors at Hyde Park 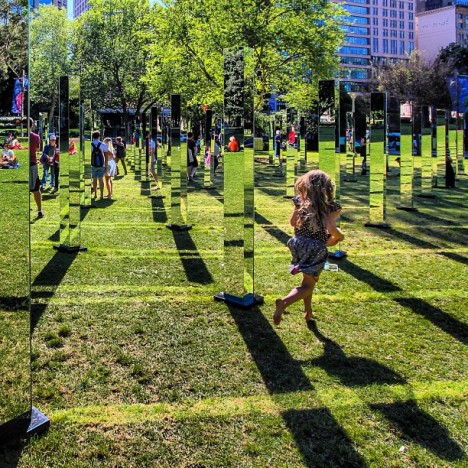 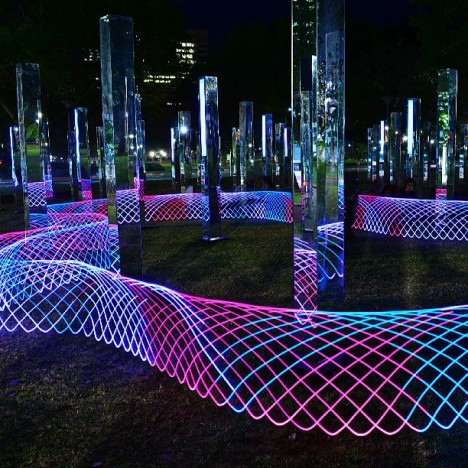 Visitors carefully navigate a maze full of mirrors in Sydney’s Hyde Park, as it would be far too easy to just walk right into one of the reflective columns. Architecture firm Out of the Dark installed 81 mirrored posts with 423 reflective surfaces at the park as an interactive exhibit encouraging visitors to question what’s real and what’s an illusion.