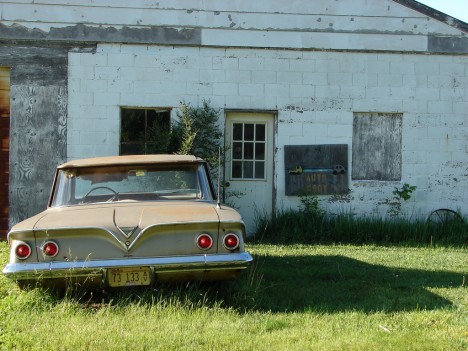 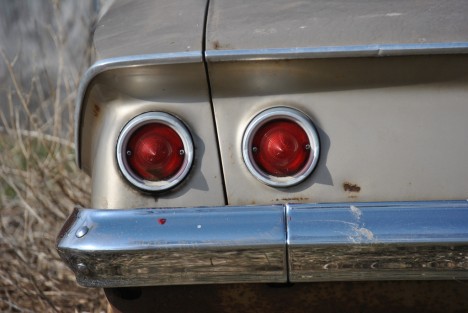 What’s an abandoned body shop without an abandoned body? It’s likely the latter can be found in the trunk of this satanically red-eyed ’61 Chevy Bel Air. We’re bettin’ the shop, the car and its presumed contents ALL need a little work done. Kudos to Flickr user David Sebben for snapping these slightly disturbing images on May 10th of 2012. 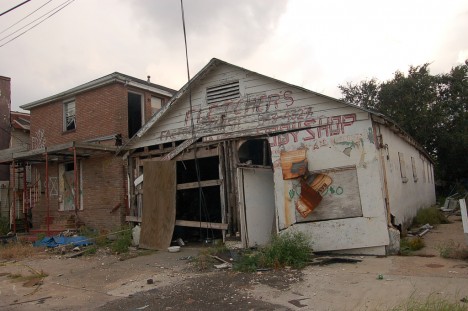 Fletcher’s Body Shop was one of countless homes and businesses ruined by Hurricane Katrina in 2005. New Orleans’ Ninth Ward was anything but upscale before the storm struck and it’s doubtful Fletcher’s was rebuilt. The above image of the battered & abandoned auto body shop was taken by Flickr user PJ Chmiel on September 22nd of 2006, just over a year after Katrina roared through the region.

Too Giant To Fail? 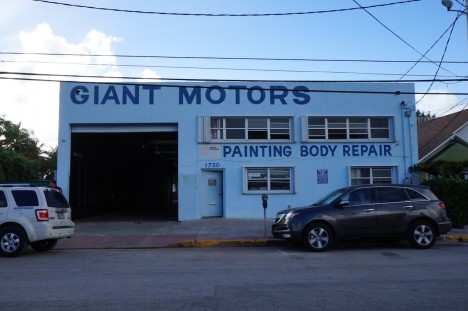 Giant Motors Auto Paint & Body had been a Miami Beach, Florida institution since it opened in the early 1950s. Times were different then, so were cars, and so was the neighborhood… by the late 2000’s Sunset Harbor was undergoing a burst of gentrification and a grungy old auto body shop no longer fit in. 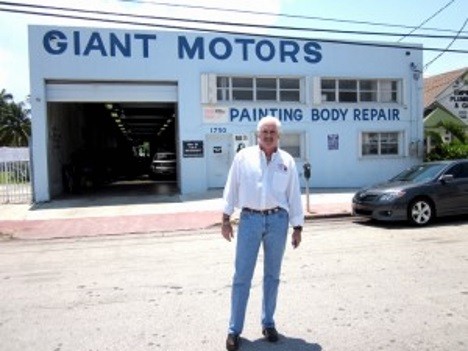 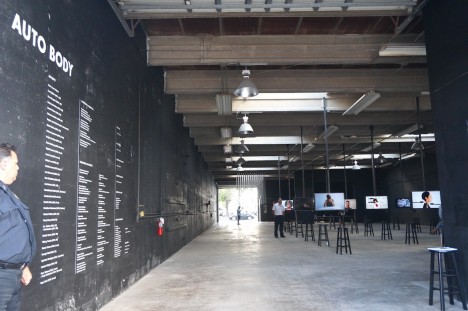 Second-generation owner Richard May (above) finally gave into persistent developers and sold Giant Motors after a successful 60-year run. The future of the building and property is uncertain but for now, it’s serving as an art space for exhibitors – one recent event was titled “Auto Body“, naturally. 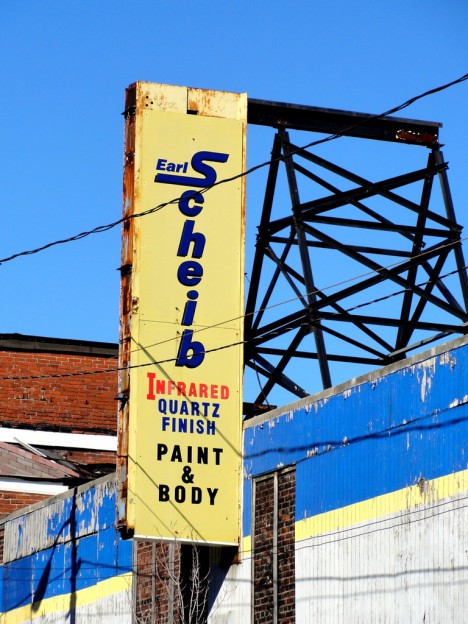 Not even the tantalizing promise of an “Infrared Quartz Finish” (whatever that is) could keep Earl Scheib Paint & Body of Pittsburgh, PA’s East Hills neighborhood from biting the proverbial biscuit. Flickr user erjk.amerjka snapped the shop’s weather-beaten sign and fading front facade on February 3rd, 2011.

Twilight Of The Golds